What is ideal beauty? Before traveling the world, I thought I knew. It was complicated, yes -- but as adults often reminded me: beauty was in the eye of the beholder. Ideal beauty didn't exist because everyone was entitled to his or her preference... right?

I attempted to convince myself that the coiled hair I tried to straighten and “fix” my whole life was just an effort in preferred neatness. That the boyfriend who suggested I avoid getting “too dark” during the summer just had a complexion partiality. That my beauty insecurities were based on the fact that I was no one’s preference.

It wasn’t until I started interacting with different nationalities and cultures while traveling that I began to understand the roots and implications of such beauty standards and how confronting them would reveal layers of ancestral truths. How curiously interacting with such standards would help me learn more about a country, its people, their colorful (sometimes dark) history, and even myself. Here are some of the beauty standard complexities I explored while traveling:

Beauty Around the World Goes Beyond Media

While we get sucked into the notion that the media solely defines beauty, we must remember that not every destination has the “privilege” of commercial cable television, magazines, and marketing images. Yet they have beauty standards, too.

Beauty, though reinforced through media, goes beyond digital and print communication.

Standards of beauty are passed down through generations, taught to us at home, and recited on playgrounds and in daily routines. Beauty is used to represent our economic class, marital status, regional origin, and cultural traditions.

And while product innovation and technology has led most of us to straddle the grey line of living in guise in order to achieve (sometimes) unrealistic beauty standards, exposure to the world has shown me that such standards do not just encompass hourglass figures, perfect makeup, and celebrity noses seen on Instagram. Such standards come from storytelling and tradition and are often taught at a young age. 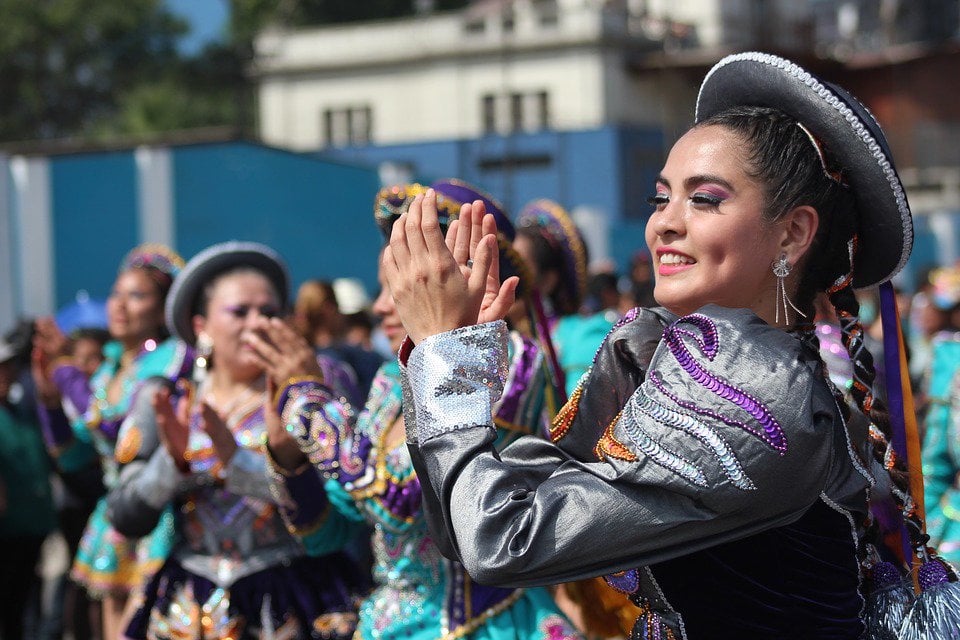 Much of our beauty standards originate from centuries of economic self-identification. While traveling through countries in Latin America and Asia, I found there to be a clear distinction between the darker, poorer population and the paler, wealthier class -- as well as the perception that beauty is relative to skin color.

In Lima, Peru for example, I explored the wealthy neighborhood of Miraflores and felt like I was in a wealthy city, passing by local and foreign patrons with European features.

At the same time, deeply rooted classism still seeped through bordering streets and shantytowns as historical evidence of slavery and indentured servitude dimmed the faces of African, Asian, and Indigenous descendants -- in turn, revealing their “ugliness.”

While in Lima, I was treated well as an American. Because being American indicated wealth (which is all relative, really). My “wealth” countered my brownness. So my long, thin legs paired with my blond-haired, blue-eyed travel buddy meant I could comfortably walk through Miraflores without confusion.

The same happened in Vietnam, a country where many women spend hot, humid days wearing surgical masks, jackets, pants, socks, and gloves to combat the dreadful "curse" of melanin that turns their skin brown. Every skin product had whitening agent in it and a walk down the street met burning stares of concerned citizens feeling sorry for my brownness -- my poverty.

In parts of the Caribbean though, where many people are considerably darker than I, my lighter brown complexion was seen as beautiful. Local women and men would approach me, complimenting my mix-raced skin tone with bashful eyes and deep smiles.

While I understood the complexity behind their praise often stemmed from colonial classism and even internalized racism, I couldn’t help but feel both saddened and grateful to hear someone praise my brownness. These conflicting emotions only scratched the surface of complexion-based beauty standards and its history.

International Beauty Traditions are Based on Culture 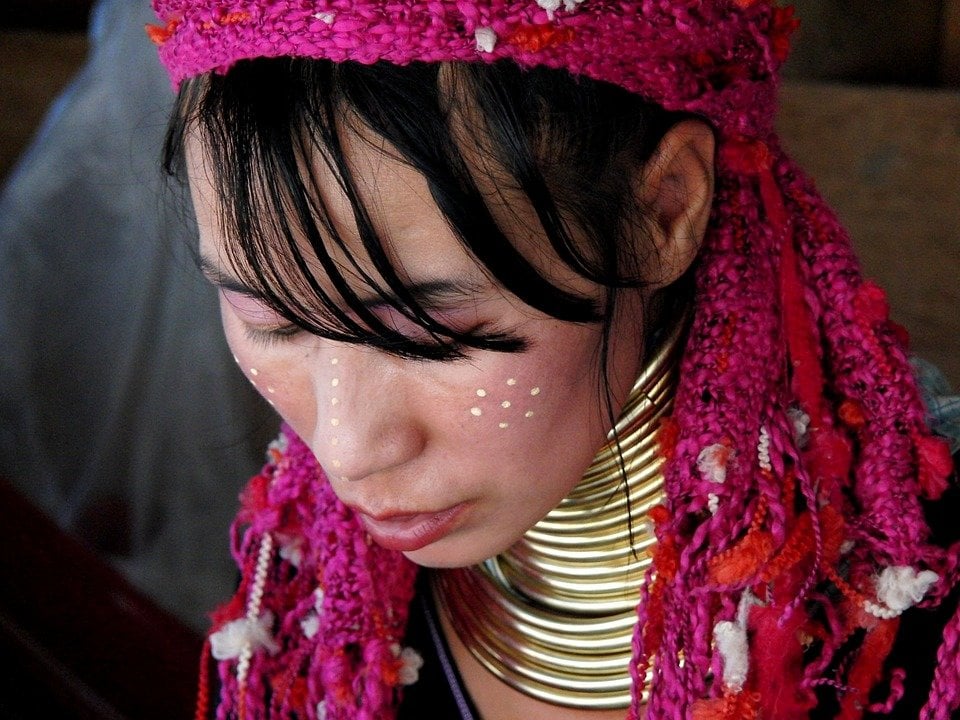 Though deeply rooted in class status, many beauty standards are so closely tied to a culture that the tradition becomes second nature. As a foreigner, you’ ll be surprised to learn that some standards are the complete opposite of what you’ve experienced in your own life.

For instance, I have a long neck and used to be severely embarrassed by it. Classmates called me giraffe, ostrich, Olive Oil -- you name it. I would even hunch over in an attempt to make my neck appear shorter, miserably failing and only worsening my posture.

But when I heard about tribal neck rings, I thought, “Wait, there are cultures that think an elongated neck is beautiful?”

Excited to feel confident about my long neck, I began to learn more about the neck jewelry worn in African and Asian cultures. This cultural ornamentation has been a praised beauty standard for centuries but to my surprise, these rings are sometimes detrimental to its wearer’s bone structure.

It isn’t just westerners harming themselves for beauty.

Some people were going to great lengths to pursue a beauty standard I would’ve gladly given away!

For instance, while the married women of South Africa's Ndebele tribe wear neck rings that do not cause harm, the Kayan Lahwi people of Burma experience clavicle disfiguration and rib cage compression as a result of wearing such heavy jewelry. The Kayan young people, however, have challenged the standard by taking off the rings.

Other intriguing cultural beauty standards around the world include:

Using the Exploration of Beauty Standards to Enrich Your Travel Experience 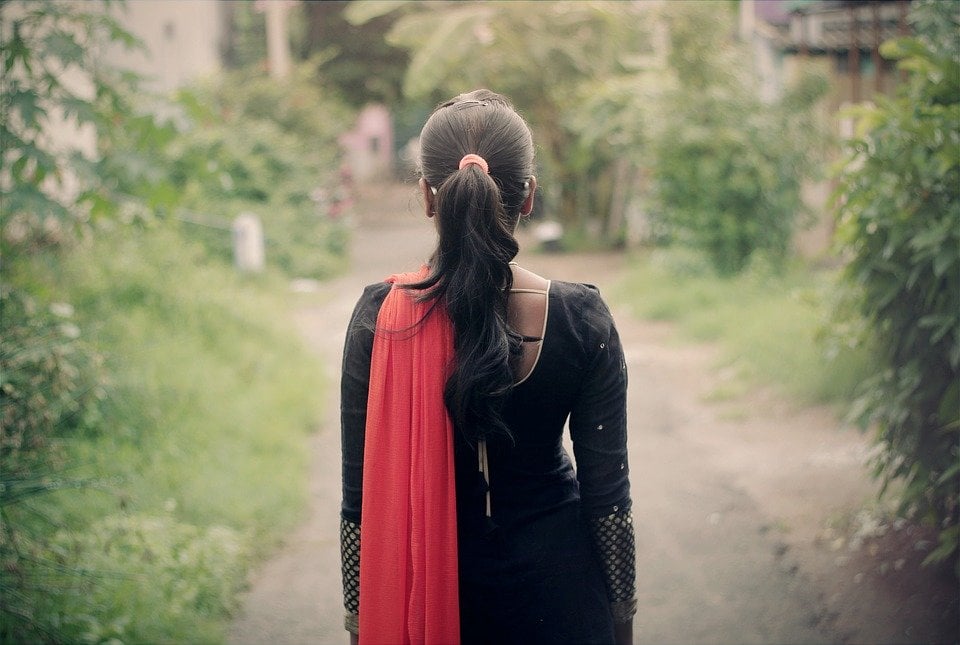 When I was in Peru, the clear classist beauty standards inspired me to look into Afro-Peruvian roots and Peru’s history of slavery -- something I knew nothing about. It helped me discover a whole new part Peruvian culture (music, food, art) that changed the outcome of my experience. Peru became a classroom instead of a bucket list Machu Picchu visit and is now one of my favorite destinations.

During your time overseas, you might take note of unique beauty standards (and even discover others). While you travel, think about the socioeconomic factors that contribute to these beauty perceptions and the complexities that accompany centuries of tradition.

Ask yourself: can learning about the cultural, economic, and religious foundations that influence beauty standards and other traditions help you better understand the country or region you are visiting? See how you can link these local traditions to a community's history. You might find the journey to be even more intriguing.

Why Traveling Alone as a Female Empowered Me to Be Independent

How to Deal with Street Harassment Abroad