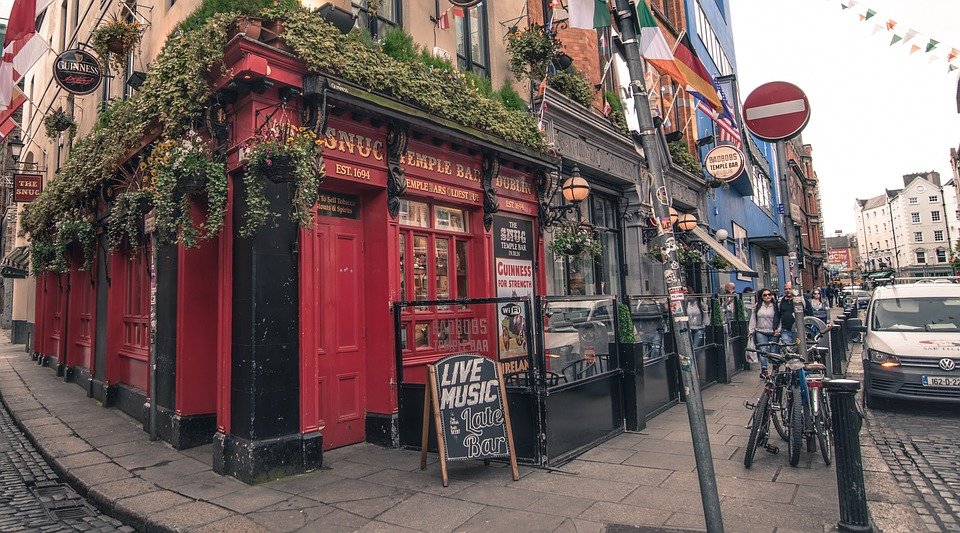 Ok, so you’ve decided to study abroad in Europe: welcome to the "Old World," filled with history, culture, and... a drinking age below 21! While this aspect of the European lifestyle entices students who have yet to purchase and drink alcoholic beverages, it certainly won't make or break the fun you have on your semester overseas. While your travels abroad should happen outside of a bar more than within one, the experience of trying a famed drink in its homeland can be exciting (AND good for quality control. Does Champagne taste better in Champagne?!).

Be warned: Europeans have grown up around drinking for most of their lives, and therefore know when and how much is appropriate to drink on any given occasion. Don't make the silly mistake of sticking out like a deranged, fuddydud tourist by pushing your limits. Consume these beverages mindfully, and always in the company of friends. The variety of beverages (alcoholic or not!) available for the European study abroad student to sample are endless: savor the drink of wherever you are - and of course, remember to be responsible!

Read on for our must-try beverages in this students guide to the drinks of Europe!

If bullfights and late nights are your thing, head over to Spain for their Sangria. Made from a base of red wine and sweetened with chopped fruit, sugar, and a small amount of brandy, this beverage will have study abroad students in Spain thinking they're on a tropical island. Sangria has its origins dating back to the times the Romans brought grape vines to Spain in 200BC. Red grapes grew well in the climate and with that a “red wine punch” was born. It is named for its similarity in color to blood, as sangre means "blood" in Spanish.

Fun Fact: Tapas, small bites food often eaten with drinks in Spain, were invented to cover drinks from various objects (bugs) blowing around in the air.

A drink fit for a queen- tea? No, Pimm’s Cup! The gin-based liquor first came on the scene in 1823 when bar owner James Pimm offered the drink to customers of his oyster bar to aid digestion. Eventually the liquor caught on and went into large scale production. Today, the drink is associated with traditional English summer events such as Wimbledon. Students in England should enjoy this beverage “English-style": mixed with lemonade, and sometimes chopped fruits - no doubt the perfect mix to sip on and enjoy whether its cloudy or not!

Fun Fact: In the olden days, farm workers' pay included 4 pints of cider a day. What a nice paycheck.

Though well known for Oktoberfest and its copious amounts of strong beer, Germany is also known for its schnapps. This liquor was first discovered in the 16th century when monks were studying its uses in medicine. It translated from German to “a mouthful.” Today, schnaps grown in Germany is distilled from fermented fruits, often apples, pears, plums, and cherries. It is usually drunk “neat” without water/ice/mixers. If you find yourself studying abroad in Germany and not in the mood for beer, be sure to scope out their schnapps!

Fun Fact: In the beginning, beer was not available at the Oktoberfest. Alcohol could only be purchased and enjoyed outside of the actual venue.

Known for its numerous wine varietals, France is also home to an unassuming anise-flavored liquor called Pastis. This drink was created in the wake of a ban on drinks with more than 16% ABV, replacing absinthe as the most similar flavored liquor. Though associated with absinthe, the two liquors are quite different, each containing their own flavor and being distilled from different ingredients. Pastis is usually taken “neat,” with no additions except water. It comes from Occitan (a French dialect) word for mash up. Who knows, your French language skills may improve after a glass or two of Pastis!?

Fun Fact: Do NOT take a drink until everyone has been served & then toast to everyone’s health. If you cheat, you're bound to have 7 years bad luck!

Picture yourself sitting, star-emptying out at the bluest ocean and sipping an “adult” lemonade. Sound good, because it is 100% possible. Limoncello, a lemon liquor, also known as “sunshine” wine,” comes from Italy’s Amalfi Coast and is made by steeping lemon rinds, sugar, and grain alcohol for at least a month. There are numerous stories of origin, but all mark the date around 1900. The liquor is usually served chilled, as a pre meal cleanser or post meal digestive, and is served in a small ceramic glass.

Fun Fact: If you are dining at someone’s home and not offered another drink, it’s time to go home. Don’t worry though, as long as you were a good guest you’ll be invited back.

Though not known as a “drinking culture,” do not discount the Greek’s completely. One of the most widely recognized beverages of the Greek culture is their anise-flavored liquor, Ouzo. With origins tracing back to the 14th century, modern Ouzo gained popularity with Greek independence and the falling out of absinthe in the 19th and 20th centuries, respectively. Ouzo is typically served in a glass mixed with water, to be sipped on, or drunken straight from a shot glass. An experience studying in Greece is incomplete without a plate of seafood to accompany this strong (Herculean, even) beverage.

Fun Fact: Kottabos, an ancient Greek drinking game, was played by partygoers after dinner by flinging their wine remnants at targets across the room.

If levees and windmills sound like a good time, head to the lowlands for a taste of Jenever, a high proof, juniper berry-esq alcohol. It takes its name from the Dutch jeneverbes, for juniper berries, and the English name gin. Originally produced and sold as medicinal in the 16th century, it was not until the 17th century that it was recognized for its delicious taste. This liquor is traditionally served either chilled or at room temperature and drunk neat, in a tulip shaped glass (or a red solo cup, if you can get your hands on one!). It is also known to be used as a chaser for beer, coming in all kinds of flavors like vanilla, apple, cactus, kiwi, chocolate, etc.

Fun Fact: When in a bar with friends, each person buys a round for everyone else. It is considered rude to not return the favor or leave before your turn.

Find a study abroad program in the Netherlands!

Hidden behind the gallons of beer usually consumed in bars is the Czech Republic’s own herbal bitters, Becherovka. This liquor is described as both gingery and cinnamon-like, and is often used as a remedy for aches and pains as well as for digestion. The liquor was created in the late 1790s and today the recipe remains known to only two living people who brew it once a week (wow!). It is served chilled and either consumed neat or with tonic water which makes a drink called beton, Czech for concrete. Students in Prague especially will become quite familiar with Becherovka.

Fun Fact: After saying cheers and before chugging your beer, tap the bottom of your mug on the table and then drink your whole drink.

Find a study abroad program in the Czech Republic!

Interested in leprechauns and everything else green? Come visit the Emerald Isle and take a taste of their national drink, Guinness Beer, a brand known ‘round the world. The drink’s origins date back to brewing in 1759 at the St. James’s Gate Brewery in Dublin and sales beginning in 1778. For most of its history Guinness produced only three types of beer and did not advertise or offer discounts. Today the beer is still brewed in the same place and you can visit the Guinness Storehouse for a museum tour. A semester in Europe is incomplete without paying tribute to this popular American beverage's birthplace.

Fun Fact: NO ONE drinks green beer on St. Patty’s Day (or any other time of the year)! Way too cliche for the real Irish folks.

Of course, all of these countries are also home to (and known for) wine and beer if hard liquor is not your thing. Do not be afraid to step out of your comfort zone though, especially if a local offers you a taste!

Drinking your way through Europe should be a culturally satisfying accomplishment, if done in moderation. Have fun on your journey but always remember to drink responsibly, stay with friends, and BE SAFE!