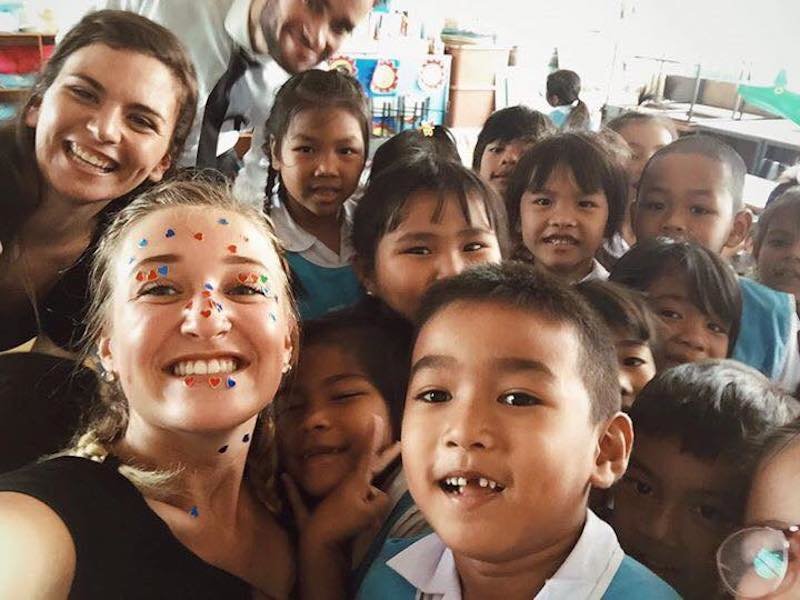 So you plan to teach abroad in Asia, but you want all the details. What is it like to live in Japan? How do I get a job in South Korea? Should I get my TEFL certificate to teach in China?

While Go Overseas is an amazing resource for teaching abroad, especially in Asia, sometimes you need that personal touch. What's it like living there? What food will you eat? How easy is it to make friends? That’s where blogs come in.

Wherever you plan to go in Asia, these bloggers will provide valuable information on what it’s really like to teach abroad.

Before I left to teach abroad in China, I poured over every blog I could find online. I wanted to know everything! What is it like to teach in a rural town vs a big city? What are the differences between teaching at an ESL private academy and a public school? What’s the best program to teach abroad on?

To make your job a little bit easier, I've gathered a list of the most useful Asia teach abroad blogs, covering countries like South Korea, Taiwan, China, Japan, and Thailand. Wherever you plan to go in Asia, these bloggers will provide valuable information on what it’s really like to teach abroad. 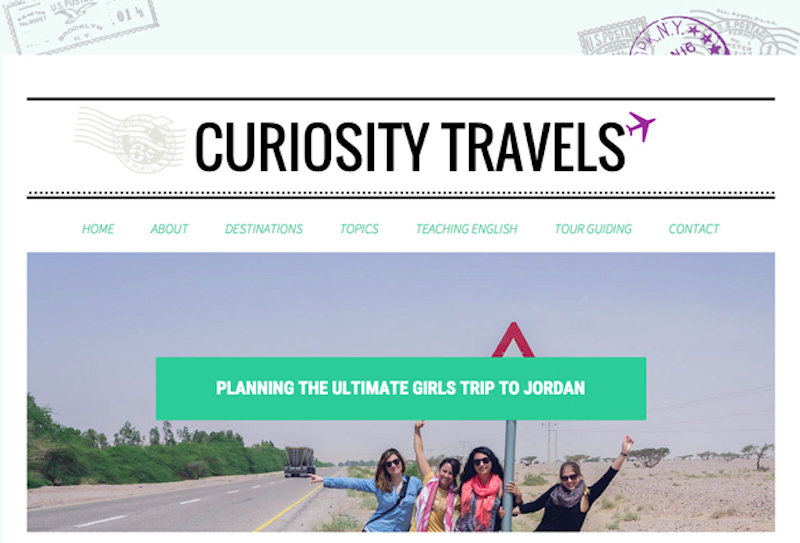 The Best of the Curiosity Travels

San Diego native Jessica taught abroad both in South Korea and Spain! Jessica is an amazing resource for those who want to teach abroad, alternating between practical posts on how to get a job and personal stories of her struggles living in Korea.

Jessica taught English in South Korea for two full years through the EPIK program. Through teaching abroad she managed to save up $20,000 which she used to pay off her college debt and fund a round the world trip.

Jessica loved teaching abroad so much, after traveling she moved to Madrid to teach with the BEDA program. Now Jessica leads road trip tours around the USA through PEAK Adventure Travel, where she goes to places like Yosemite, the Colorado River, and the Antelope Canyon.

While Jessica isn’t currently teaching abroad, her blog is nonetheless a wealth of knowledge for those who want to teach in Asia. 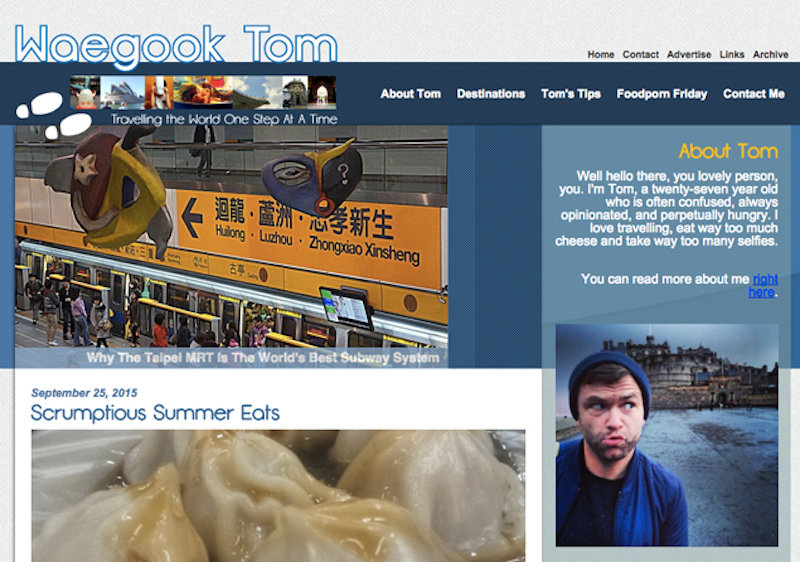 The Best of Waegook Tom:

Waegook Tom, or “foreigner Tom”, started teaching abroad in South Korea in 2009. Originally from a small town in England, Tom initially taught at a Hagwon, or private after-school English academy, in South Korea for two years. Now he’s teaching at an ESL school in Taipei, Taiwan where he lives with his Taiwanese boyfriend and two dogs.

If you’re having trouble deciding between South Korea and Taiwan, Tom does a great job comparing the two destinations for you. From the differences in working culture, to life as an expat, Tom has you covered.

Tom loves to spend his free time exploring the local culture, and will fill you in on everything from Barbie cafes, to cat villages. He’ll always keep you entertained, and he’s extremely honest about what life in Asia is really like. 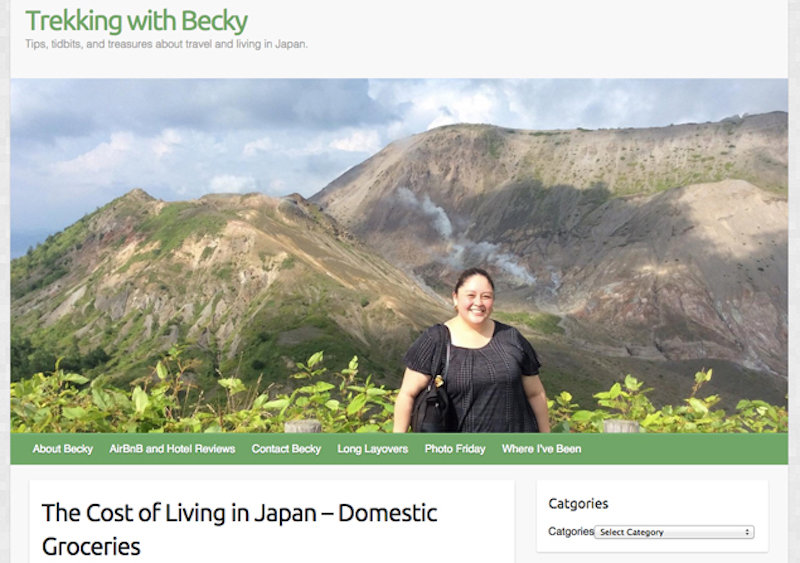 The Best of Trekking With Becky

Originally from Ontario, Canada, Becky has been living in Japan full-time for five years! Becky is half-Japanese and wanted to spend some time exploring her ancestry. She realized the best way would be to get a job teaching English in Japan, and hasn’t looked back since.

Becky is a great resource not only for teaching in Japan, but also for expat life and Japanese travel. While her blog is only a few months old, Becky has made a big impact with her insightful posts about Japanese culture, and expert tips on landing a job in Japan. If you’re at all interested in teaching in Japan, be sure to follow Becky as she embarks on year six! 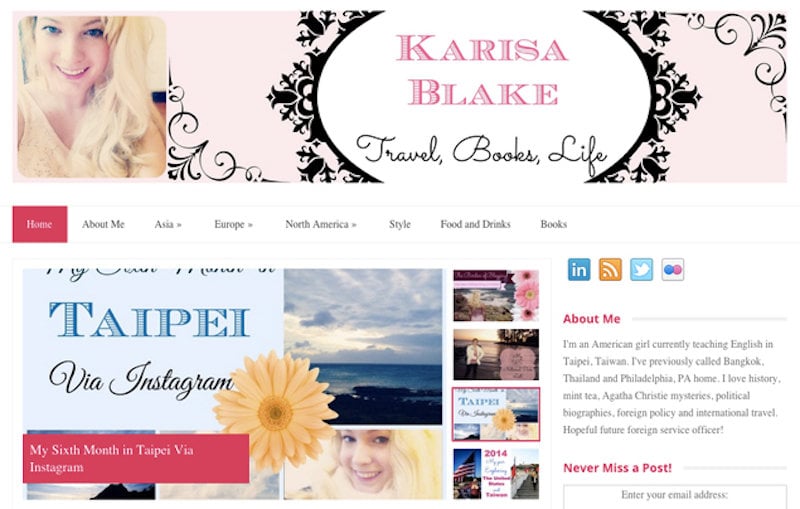 The Best of My Hot Pink Passport:

Girly girl and world adventurer Karissa embarks around the globe with her hot pink passport and big pink suitcase. Karissa started teaching abroad right out of college, when she took a job in Bangkok. After a 15-month stint in Southeast Asia, Karissa moved to Taipei where she teaches English to little kids and explores Taiwan with Waegook Tom in her spare time. This August she’ll be moving to Seoul for another year-long adventure!

An expert on expat life and female travel, Karissa is a go-to resource on the realities of life in Asia. If you want to learn more about life outside the classroom, Karissa will entertain you with tales of expat life, beautiful instagrams and in-depth interviews with other fearless females. 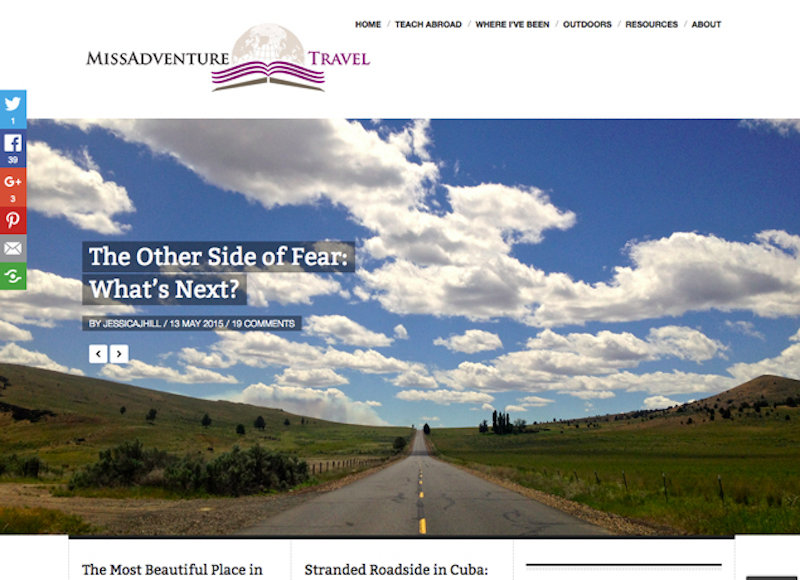 The Best of the Miss Adventure Travel

Fellow (but sadly retired) Go Overseas writer, Jessica Hill spent a glorious 18 months teaching English in both Thailand and China, before founding Teach English ESL. Jessica aims to teach writing at the college level back in America someday, and decided to combine her love of education with a desire to travel the world.

Jessica has taught children from preschool to college age, so whatever the job, Jessica has you covered. Be sure to check out her teach abroad section, for a huge selection of posts and information. The Best of the An American Abroad

After graduating college in 2010, Laura spent a few years working and traveling in Australia and New Zealand. Eventually, looking for a bit of a challenge, Laura took a job teaching at an ESL academy in Pyeongtaek, South Korea.

If you want to know what it’s really like to teach at an off the beaten path location in South Korea, Laura is your go-to girl. She’s extremely honest about the realities of teaching English in South Korea, and wants to help you pick the right position before you arrive.

From the bustling cities and sleepy towns, to ESL kindergartens and college classes, the above bloggers are experts on life teaching in Asia. They'll give you advice on life in and out of the classroom, tips on how to get a job, information on how to prepare and inspiration for future endeavors. Many of the bloggers above have even been able to save thousands of dollars to pay off student loans or travel around the world!