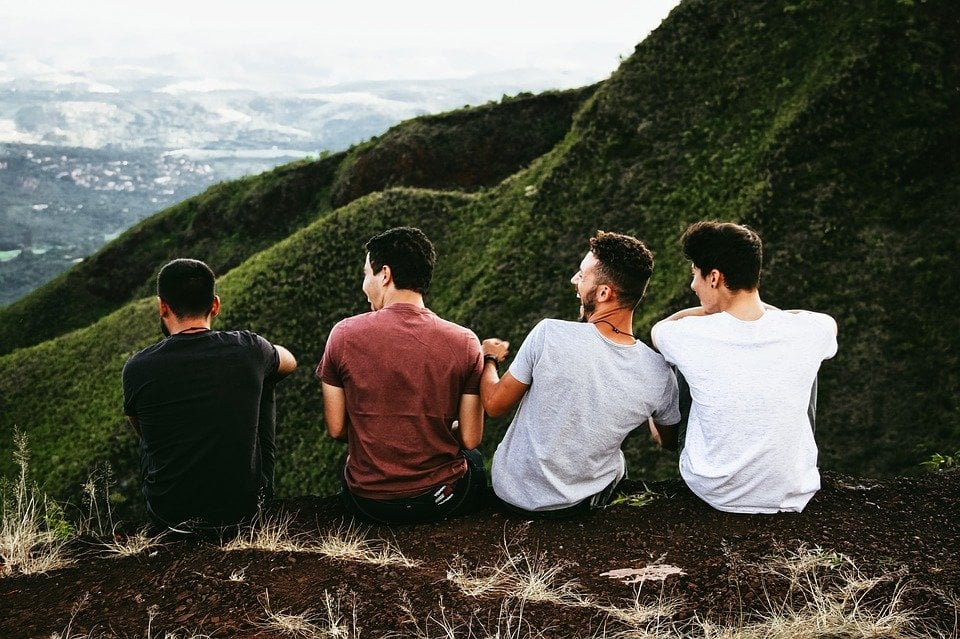 Independence, I realize, with the surprising ease in which I board my first sleeper train in India, is something I’ve grown into. I’ve taken measurable steps to become a solo traveler-- beginning with study abroad four years ago, to August of 2016 when I moved to Seoul for 12 months to teach English, to this past summer when I left Korea for Nepal, where I’d volunteer. But I’m never really solo. Not for long, anyway.

My experience moving to Eastern Nepal last August for volunteer journalism work via Workaway.com was the biggest strain on my independence muscle. I planned to stay with a young Nepali couple in an area of the country described to me in messages as “remote.” Soon after I arrived, though, I moved into an all-male drug rehabilitation center to research my first story.

The more alone you are, believe it or not, the easier it is to make friends. You are rendered totally vulnerable and not at all intimidating to a local person that may not feel the same confidence approaching, say, a group of travelers.

With that in mind, let me share the lessons I’ve learned while volunteering abroad. No matter how long you plan to volunteer in a destination, you can use these techniques to connect with locals and fellow volunteers to build lifelong friendships like the ones I’ve made.

Don’t Wait for Others -- Take the Initiative

If you wait for adventure invitations to come along, you will be disappointed when they don’t. The same goes for the great friendships you can make while volunteering abroad.

I’ve found success in being a planner. In my first month in Nepal, the Christmas-sized festival of Dashain shut down the city for two weeks. I utilized the free time to plan a trek I’d wanted to do in the Himalayas, inviting along the other volunteer at the magazine where I was working, and my new Nepali friend from rehab, to join. The best way to get to know people is to spend a week ascending mountains together, and these later proved to be two of my closest relationships in Nepal. People will be flattered at your invitations to spent time with them, and find it easy to say yes if you make the game plan.

Conversely, you should say yes -- and say it often -- to any and all invitations within reason (and often outside of it) that come to you.

In the case of fellow volunteers, you are in likely in the situation where you both want to explore the local area. My friend Caro would say she wanted to photograph the streets at sunset, something locals would respond to with ‘why?’, and we’d make a plan to do a city-wide loop at golden hour.

Use Technology to Meet the Locals 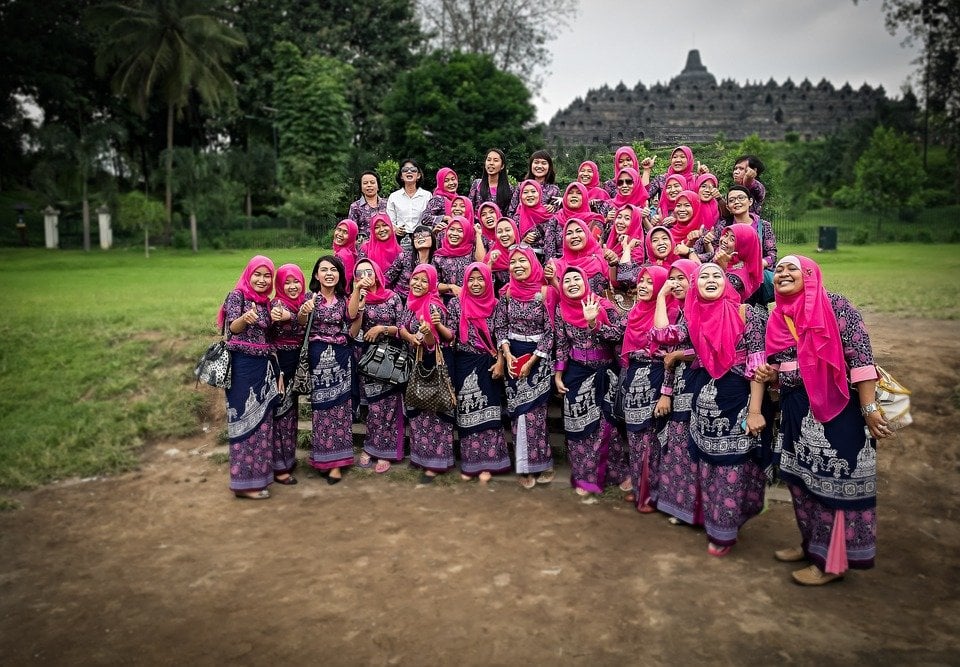 Regardless of how long you’re volunteering or where you’re traveling, Couchsurfing is a great tool to befriend locals. I can't stress this enough for every scenario and stage of travel; some of my best travel memories and lifelong friends have been born through crashing on a stranger’s couch (or floor!).

When I first flew to Kathmandu, I spent a week with a family through Couchsurfing, which served as a crash course in culture norms (like eating with your hand and the modified practice of women’s banishment during their period). The father of the family also later introduced me to other travelers living nearby that I met with for coffee and travel planning.

Couchsurfing is multi-functional, and can also be helpful when you are stationed somewhere by using the ‘hangout’ function. In this way, you can connect with locals in the area who, by virtue of the fact that they’re on the app, have proclaimed interest in engaging with foreigners, and are often experienced showcasing their city, which is advantageous to you.

Befriending a local is invaluable and will unlock all sorts of new doors and, often, other locals. My friend group in Nepal evolved primarily from my first local friend I met at the rehab, who showed me all the weird and wonderful things about the country.

In addition to -- and not in place of -- making local friends while volunteering abroad, you should find out where expats gather in the community you’ve joined. This shouldn't be hard, and often, if you're volunteering with a program, this might be all you know. My best tip is to ask where to get a decent cup of coffee. Expats love coffee.

It's important to create a balance of foreign and local friends in a new lifestyle abroad, but having other international friends you can relate to is always a good idea, especially around holidays the country you are in may not celebrate, or celebrate the same way (my Thanksgiving, Christmas, and even my birthday this year were all sacrificed, as I was the only Westerner).

Throw Away Preconceived Notions about “Who” to be Friends With 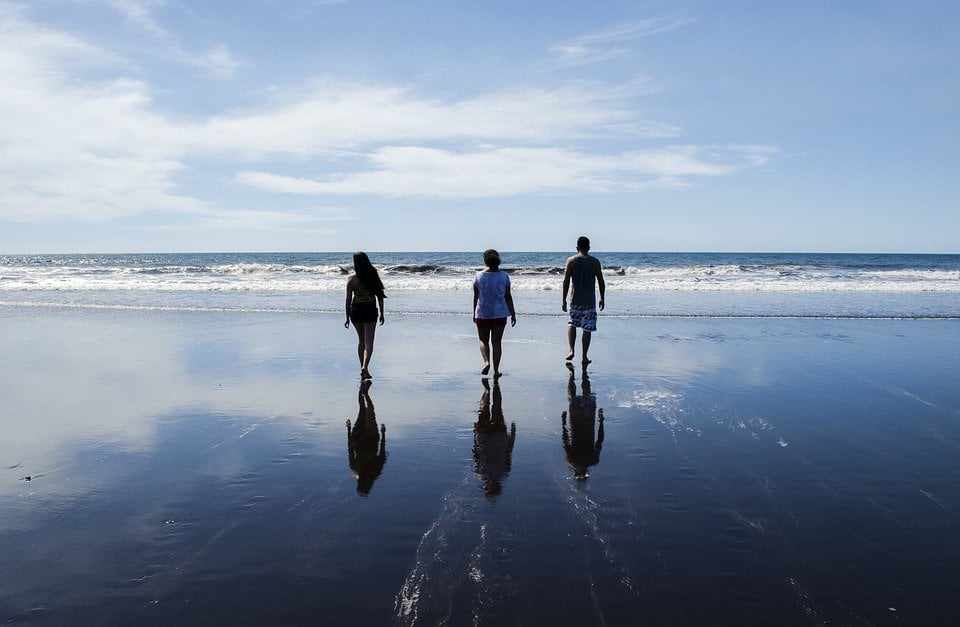 Friends will come to you in a variety of ways and forms; be open-minded to all ages and genders. Children give you their love so easily, and in Nepal, they are also often better educated in English than older generations. The kids living next door were the sweetest friends to me while I was staying with the couchsurfers, and invited me for dinner in my first week there.

Later, while I was writing a story in a Bhutanese refugee camp in Nepal, I connected with a local girl while I was eating lunch in the canteen. We began talking, exchanged numbers, and met up several more times. She even helped in translating for my story and introduced me to her sweet family. Another day, I spent trailing around the camp with ten small girls in tow.

If you treat each relationship you encounter like a friendship, eventually, they will be.

This last piece of advice is more appropriate for more metropolitan places (read: not Nepal, where I was volunteering). Six months into my year in Korea, all my close friends’ contracts ended, and they left. I made a concerted effort to 'put myself out there,’ by hosting couchsurfers traveling to my city for a weekend, joining a hiking club through a Facebook group and going on trips with them, and honestly just being really, really friendly. One of my strongest friendships bloomed two months before I left with my Korean waitress who I struck up a conversation with.

Right now, as I write, I’m sitting on a tapestry blanket at a desert camp I’m volunteering at in India. A new friend I contacted through Couchsurfing set me up with the owners, and we all went to a local concert together last night. Last week, the same host brought a bunch of us foreigners to a festival in the desert where we slept outside in the sand with camels.

Not only will joining such groups put you in touch with people who have similar interests to you but also with ones who are also looking to make friends.

If you’re planning to volunteer in a foreign country, chances are you’re not shy. You are open to moving your life abroad and adapting to the way people speak and eat and live. You are even ready to make a difference in a community through meaningful contribution. In the same way, you will assimilate to the time change and local delicacies and the sound of traffic out your window, making friends will happen naturally, too. Smile and say hello and watch how quickly the rest unfolds.