Skip to main content
Ready to study in Argentina (for cheap)?
Explore Programs 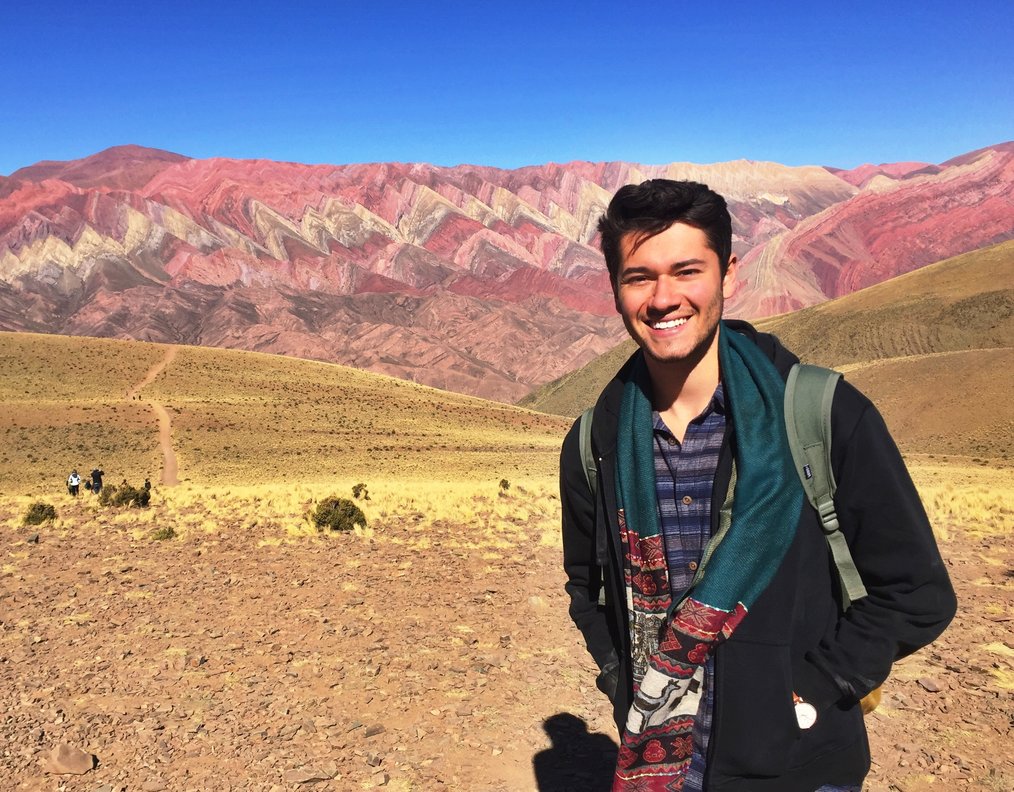 With its cosmopolitan cultural scene, diverse geography and great wine, Argentina has long been a favorite destination for students who want to improve their Spanish abroad. The country used to be a fabulously cheap destination for foreigners, too, but inflation has dramatically increased the cost of living over the last few years.

Still, you shouldn’t let a more expensive steak dissuade you from experiencing one of South America’s most gorgeous countries. While you may not be able to get away with paying nothing, you can certainly spend much less than you think.

Read on for suggestions on how to study abroad in Argentina and come back home with some cash to spare!

This is a no-brainer! Although you’re not the only one going to Argentina to study, there is plenty of funding available to help you offset the costs of your program. Students from all over Latin America come to enroll in the great universities in Argentina - as such, many different types of scholarships exist for people looking to study abroad. Some are country-specific, others depend on your field of study, and some are just a free-for-all.

You may not think you qualify for a scholarship, but it’s always worth checking. Talk to your school’s study abroad and financial aid offices to see what your options are, and then go online and do some research to see what else is out there. Consider selecting a study abroad program that offers scholarships to participants, like GIC and API.

Check with other funding sources in your campus community or your hometown. Consider fundraising before your trip to earn some extra cash. 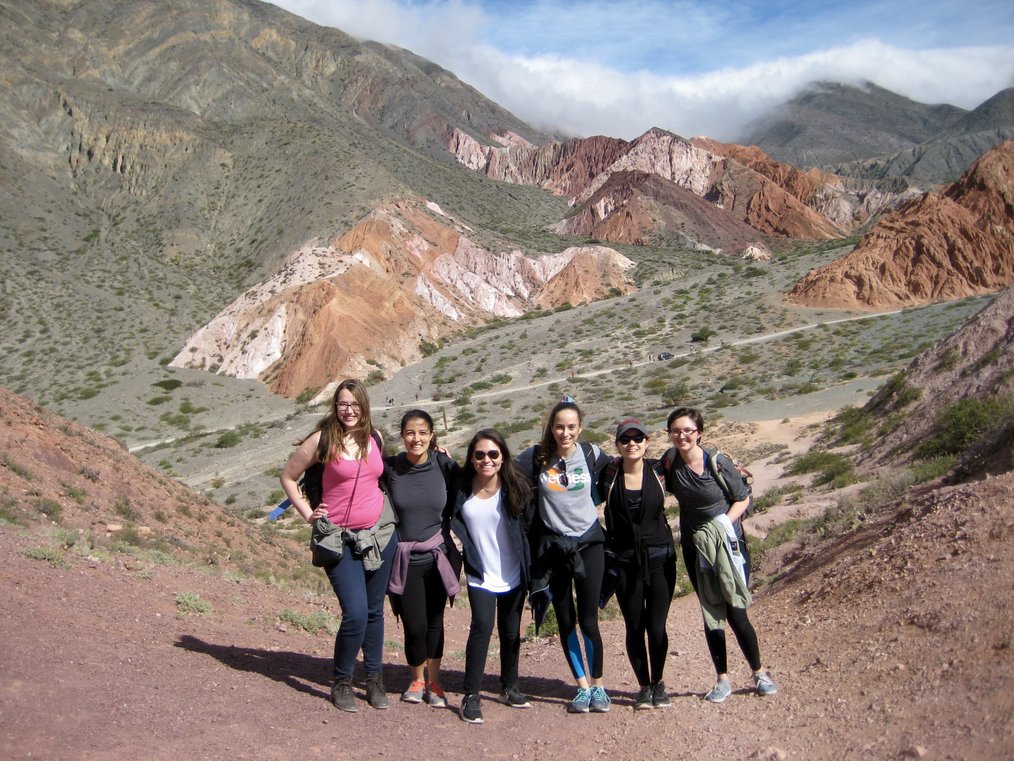 Research about your program options now will literally "pay off" in the long run - here's where we suggest starting if you want to study in Argentina for cheap!

Some of the aforementioned programs offer better services to students than others. Check out their ratings and reviews to compare alumni' experiences and see how these programs stack up.

Enroll Directly in a University

The public universities in Argentina are some of the best schools in the country. The best part is: they’re free! There are also tons of good private universities – they’re not free, but they’re certainly not expensive by Western standards. The act of directly enrolling can be tricky to figure out if you are not confident in your Spanish skills, but the extra effort will translate to mucho dollars saved. You have many different options for university study in Argentina.

There are some programs designed specifically for foreign students, especially learning Spanish. Private universities like Belgrano and Palermo offer programs tailored to Spanish language learners. The programs aren’t free, but they’re typically much less than your average study abroad program, so it’s worth going through the university instead (as long as you’re still getting credits!).

Remember, though, you can’t just waltz into any university you want. The Universidad de Buenos Aires (UBA) is one of the most prestigious and competitive universities in Latin America – not just in Argentina – so you have to be a good candidate to catch their interest. And be careful with requirements – some universities are fine with you studying as a foreigner, while others, like UBA, require a student or resident (not a tourist) visa. Check with your embassy and the school about particular requirements before enrolling anywhere.

And, of course, you’d better be able to follow an energetic lecture entirely in porteño Spanish (the dialect spoken in Buenos Aires)!

If You’re Going to go with a Program, Time it Right 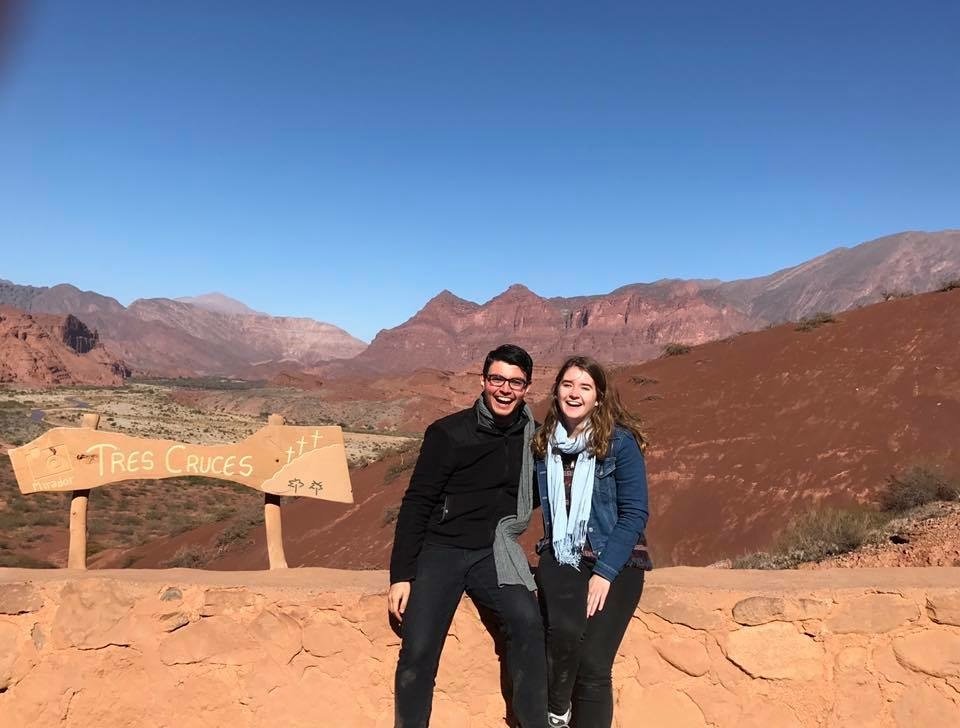 This is how I pulled off studying abroad in Buenos Aires and emerged with my bank account intact. My university operated on a quarter (trimester) system, which meant we had three quarters in the school year, rather than the normal two. Because the study abroad program was on the semester system, I spent my winter and spring quarters in Argentina – but only paid the price of one quarter! My study abroad program fee was roughly equivalent to the price of a quarter’s tuition, but I was out of the country for two quarters, so I got two for the price of one!

Get a Longterm Visa or a Part-Time Job

An Argentine resident, study or work visa will clear a path for many opportunities in the country – free tuition at UBA, for example! But they’re not just handing out visas like candy at the Embassy. Applying and getting approved for one is a long, complicated and often expensive process. Still, if you’re going to be in the country for a year or longer, especially if you’re affiliated with a university, it’s worth a try.

Buenos Aires is overflowing with foreigners these days. Tons of people, both fresh out of college and well into their retired years, have moved to Argentina for the beautiful scenery and cheap wine (and maybe some business opportunities). It’s almost a guarantee you’ll be able to find someone from your university or home state living there. Make connections with other foreigners, find people on LinkedIn or Twitter, ask around and use your skills to get hired somewhere. Even if it’s just working at a bar or a hostel front desk, you’ll be getting paid and meeting people all the time. Plus, it’ll give you a great opportunity to practice your Spanish!

If you can, get paid in dollars rather than pesos. This might be hard if you’re working for an Argentine employer instead of a foreign one, but it’s worth asking. With all of the recent inflation and economic issues, the peso is worth less than ever, and the dollar is a much stronger currency. You want your paychecks to be strong, don’t you?!

Quick Tips for Living on a Student Budget in Argentina:

Teach English (or something else!)

English is in high demand in Argentina. As a native speaker, you have an inherent advantage over other teachers, and you can negotiate to be paid accordingly. It’s up to you whether you want to do this through an institute or possibly your school, or if you would prefer to work independently. Both have their advantages and disadvantages, so think about how comfortable you are working on your own, how much stability and control you want over your own schedule, and your time management before getting started.

You don’t just have to teach English, though. If you’re an expert in something else – Java, pastry decorating, sculpture – start a class! Advertise through your friends, your neighbors, your school – anywhere people will listen. Find a way to use your skills to your financial advantage, and you’ll probably end up getting some great friendships out of it.

And get creative about your sources! Sites like Couchsurfing can be great resources for finding people willing to trade lessons, living space or tour guide services for English classes. If you play your cards right and find willing students, you could probably stay for free for months.

If your main goal is learning Spanish rather than being waylaid by overzealous communists on a daily basis at one of Argentina’s excellent, politically active universities, you may want to consider joining a volunteer program instead. As the world’s eighth-largest country, Argentina is incredibly diverse in terms of climate and terrain, and you can find all kinds of different opportunities - anything from teaching English to helping with a community outreach cooking program in Buenos Aires to volunteering with disabled children in Cordoba.

Some volunteer programs will provide housing and food in exchange for work, so this is a great method for studying in Argentina for free! Living with a host family will help you absorb the language and culture and you will walk away having learned a great deal about Argentina and Latin America in general. You'll also be proud of your contributions to a great cause!

Related: What You Need to Know Before Studying Abroad in Argentina