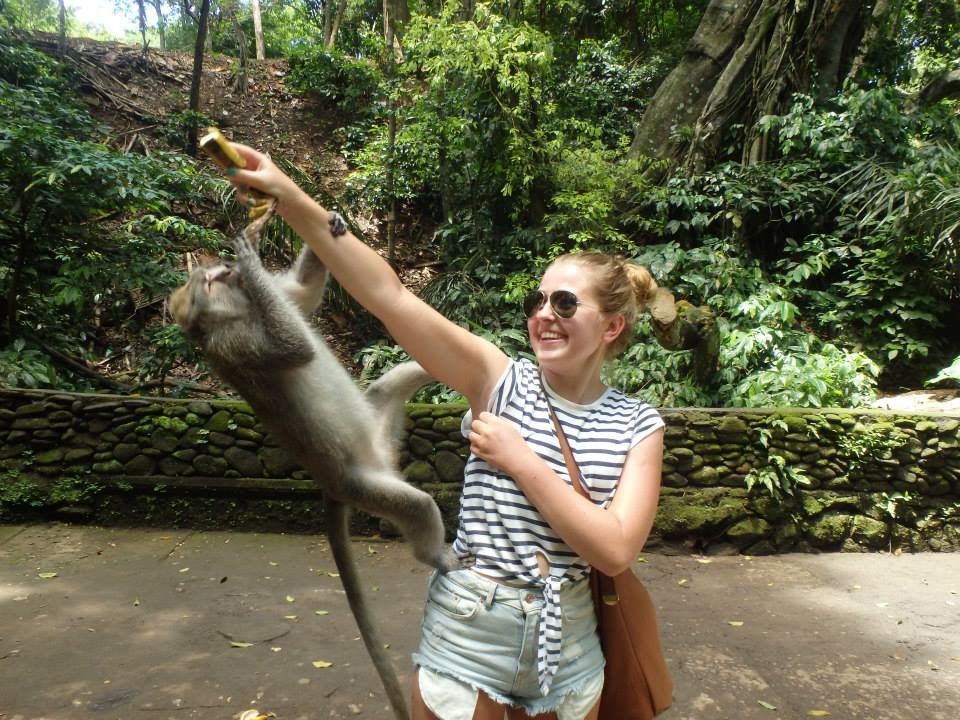 When you think about traveling in Indonesia, where’s the first place that comes to mind? I’d venture to say that most people think of Bali. Beautiful beaches, surfing, the monkey forest, temples, a yoga retreat in Ubud… what’s not to love?

While there are plenty of adventures to be found in Bali, this beautiful paradise island isn't the only place in Indonesia worth visiting. If you really want to get active, push your limits, and veer a little more off the beaten path, Java might be a better fit.

What's Great about Travel in Java?

Indonesia's most populated island, Java has double the population of the UK with only about half of the space. That said, Java is filled with adventurous things to do and is slightly off the beaten tourist path compared to its more popular neighbor Bali. From active volcanoes and wildlife parks to stunning temples and a vibrant Muslim population, you'll never run out of adventures in Java.

East Java is all about the raw, rugged appeal of its volcano-studded scenery -- 121 of them, to be exact.

The island of Java is extremely large, so I usually recommend bolder travelers to head to the east. Famous for its mountains, craters, and national parks, East Java is less populated than Central and West Java. You can enjoy a fantastic sunrise at the famous Mount Bromo, which is just a short trip away from East Java's capital, Surabaya. If that’s not enough, try summiting Mount Semeru, the highest mountain in all of Java.

Whether you're looking for an active or cultural adventure, you'll be sure to find it on Java island.

Things to Do in East Java 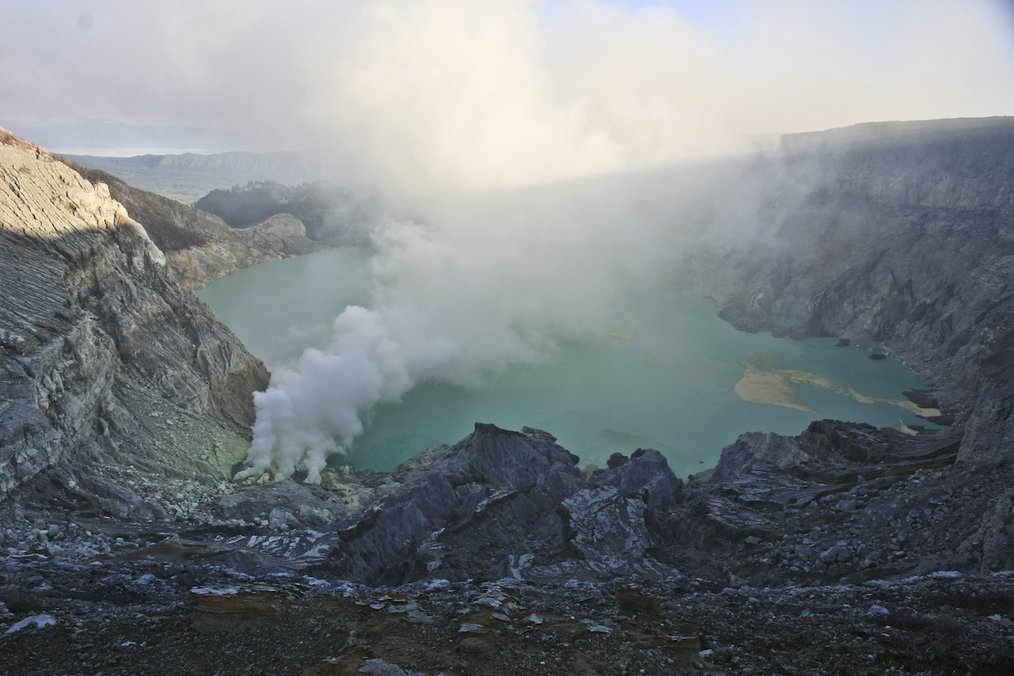 East Java is all about the raw, rugged appeal of its volcano-studded scenery -- 121 of them, to be exact -- and awe-inspiring landscapes. However, it's also home to incredible wildlife reserves like Baluran National Park and Meru Betiri, which protects a virgin beach where turtles nest.

The Bromo-Tengger-Semeru National Park is the main attraction in East Java. This national park is named after its two mountains: Mount Semeru, the highest in Java, and Mount Bromo, the most popular.

Visitors come from all over the world for Mount Bromo’s incredible sunrise view. From Bromo's peak ,you can spot Mount Semeru smoking in the distance as the sun rises in the sky. Visit in the fall for the annual Kasada festival where the local Tenggerese come to Bromo to throw offerings of vegetables, chickens, and money into the crater of the volcano!

While Mount Bromo is the most famous mountain to summit, Mount Semeru is one of Indonesia’s most active volcanoes and is often closed because of its regular explosions. The gases and lava make Semeru a bit dangerous, but not enough to inhibit adventurous hikers from making the three-day trek. This mountain is also regarded by Hindus as the most sacred mountain in all of Java.

Less well known than the Bromo-Tengger-Semeru volcanic national park, Ijen Plateau and the Ijen Crater are equally stunning. After a solid half-hour of hiking up the steep Ijen Plateau, you'll find the Ijen Crater. Considered one of the great natural wonders of Indonesia, Ijen Crater is a must-see for any adventurous traveler. The crater's stunning aqua blue water steams and bubbles, surrounded by yellow sulfur crystals. Head up before sunrise to see the Blue Fire, where the sulfur self-ignites to produce an eerie blue flame!

Visiting the crater is also a great opportunity to learn more about the difficult conditions of sulfur work in East Java. Sulfur collectors hike up in the early morning while carrying shoulder baskets of pure sulfur from a quarry on the lake's edge. The minerals found in the lake are purer, encouraging this commercial exploitation despite the dangerous and back-breaking labor involved.

Looking for wildlife instead of volcanoes? Take a trip to the Baluran National Park, a forest preservation area home to wild pigs, deer, peacocks, wild chickens, monkeys, and more! This national park is great for safaris, diving, snorkeling, hiking, kayaking, and relaxing on the beach.

Even the most adventurous travelers need a place to relax and a town to explore. My picks are Malang and Batu. Malang was the seat of power in Java’s Hindu past, and the Dutch colonial government also particularly enjoyed its relatively cool, fresh climate.

Take a stroll around the leafy streets of Malang, admiring old colonial architecture, or explore the ancient Singosari temples. These temples were built between 1222 and 1292AD and are mainly dedicated to the kings of the Singosari dynasty.

Batu is just a 30-minute drive from Malang. This cool, fresh hill town was a retreat for the Dutch in colonial days, but now serves as a weekend house haven for wealthy local business people from Surabaya and Malang. The area is also a major agricultural center with apple orchards and a large number of orchid nurseries.

Things to Do in Central Java 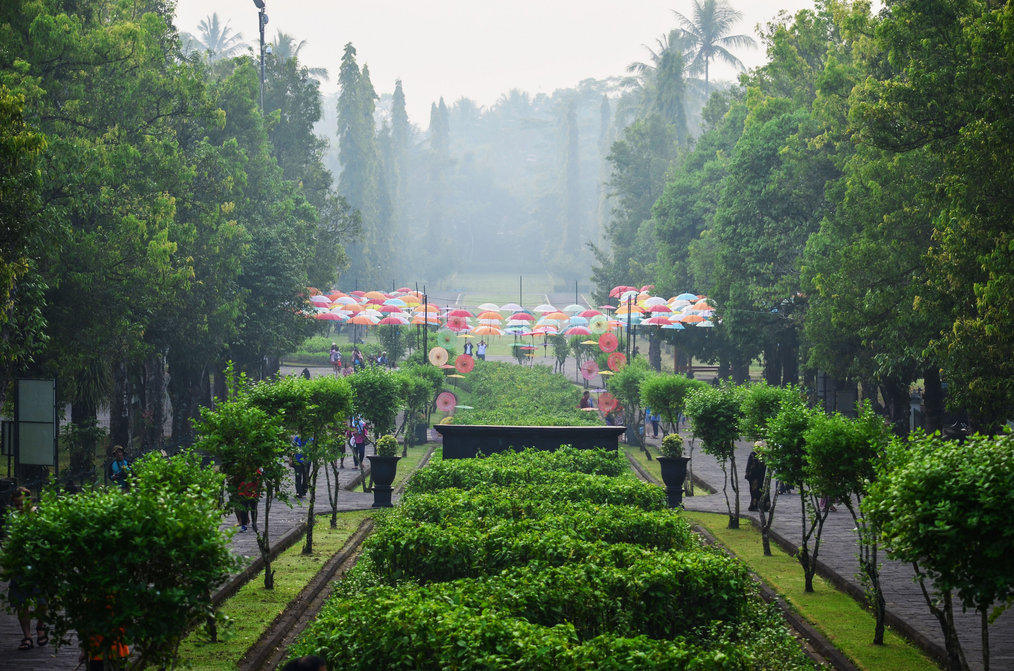 For those that want a cultural adventure, be sure to head to Central Java. This area is home to the famous Borobudur Buddhist site as well as Prambanan, a stunning Hindu shrine. The whole of Java is also home to a primarily Muslim population, which is a great chance to explore a distinct aspect of Indonesian culture.

Built during the ninth century, the Borobudur temple is the world's largest Buddhist monument, and draws pilgrims from all of Southeast Asia. Surrounded by lush jungle and volcanoes, Borobudur was used by the Javanese population until around the 14th century when Islam slowly became the dominant religion in Indonesia.

Set high upon a hill, Borobudur consists of a series of open-air passageways that radiate around a central axis. Climbing Borobudur is a pilgrimage in itself, meant to be experienced physically and spiritually. On the way you'll see more than 500 Buddha statues, while at the top you'll find about 3,000 bas-relief sculptures, commonly referred to as giant stone bells.

The Hindu temple complex Prambanan lives nearby to Borobudur. This ancient temple is a UNESCO World Heritage site, just outside of the famous city Yogyakarta. One of the largest Hindu temples in Southeast Asia, Prambanan was built around 850 CE to honor Lord Shiva and marks a cultural shift away from Buddhism towards Hinduism in the 10th century.

When the Mataram dynasty moved its court to East Java, Prambanan was abandoned and left to the jungle. In the 16th century, the temple was then completely destroyed by a major earthquake. Thankfully, the Indonesian government has since restored most of the temple to its former glory.

Also near Yogyakarta is Mount Merapi, infamous as Indonesia's most active volcano. Climbing Mount Merapi is difficult and generally takes around four hours. Most hikers tend to leave at 10pm the night before to reach the top for sunrise! The climb itself is extremely steep and sandy, so you'll need to get a headlamp to keep your hands free for climbing.

Literally dubbed the Mountain of Fire, Merapi has erupted at least 68 times since 1548. This volcano is not only responsible for the destruction of Prambanan in the 16th century, but also the downfall of the Mataram Kingdom in the year 1000, which caused the capital to abandon Prambanan in the first place.

No matter how adventurous you are, be sure to check if it's safe to climb Mount Merapi before you set out. While a guide isn't mandatory, it's definitely recommended, especially if you're climbing at night when the marked routes are obscured by darkness. Java is a predominantly Muslim island, so it's important to dress respectfully when visiting. While you can wear your bikini on the beach in Bali, this isn't appropriate in Java, so be sure to cover up with a t-shirt and a long skirt or pair of shorts!

There are much fewer tourists in Java, which leads to excitement over international visitors. Java is incredibly safe, even for solo travelers, and the locals often look out for people traveling on their own. Don't be surprised if a local offers to treat you to dinner or asks to sit with you at a cafe and practice English. 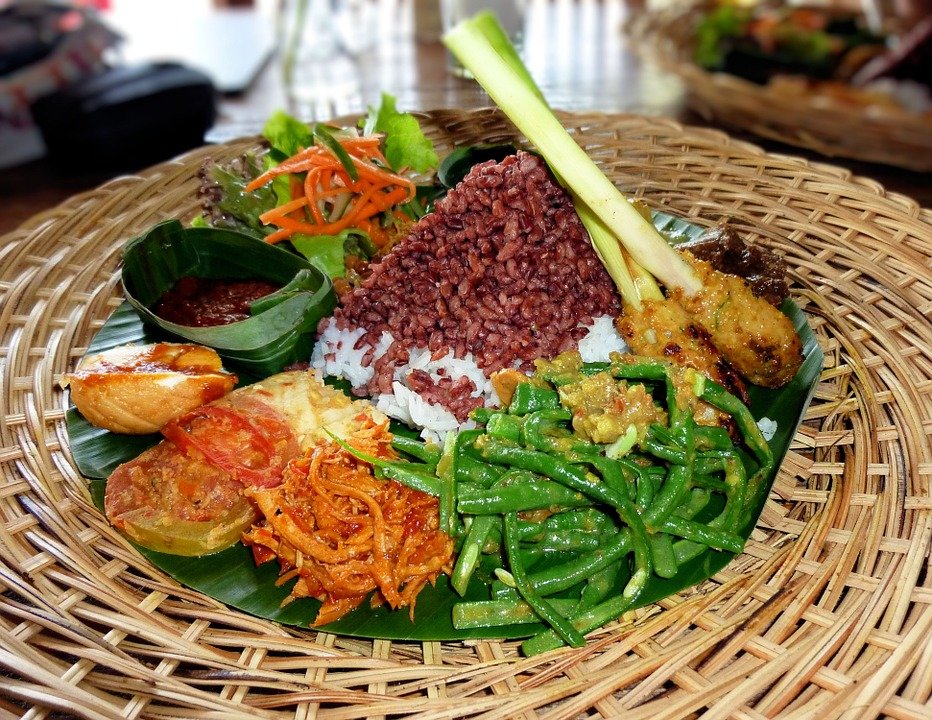 Rice is the staple food in Java, as well as a symbol of development and prosperity. However, Javanese dishes vary greatly among the three regions (East, West, and Central), making a trip to Java an adventure for the tastebuds! Eastern Javanese cuisine focuses on salty and spicy foods, while Central and the West prefer sweeter dishes.

Looking for something adventurous to eat? Try Rujak Cingur, or marinated cow lips and noses, served with vegetables and peanut sauce. You'll also want to try Gudeg, a traditional food from Central Java made with jack fruit boiled for several hours with sugar and coconut milk.

Finally, be sure to try Tumpeng, which is turmeric flavored rice served in the shape of a volcano. Usually eaten at celebrations, Tumpeng is also served with chicken, boiled eggs, vegetables, and goat on a round plate made from bamboo.

Bali is the perfect stepping stone into Indonesia and filled with exciting activities and stunning landscapes. However, if you're looking to get off the beaten path, there are plenty of islands outside Bali that you can explore. Some islands are famous for diving, others for their komodo dragons, but if you're looking for a physical and cultural adventure, consider Java!

With active volcanoes, incredible hikes, a vibrant culture, and stunning temples, there's plenty to keep you busy in Java. So what are you waiting for? Hop on a plane and experience the adventure for yourself!