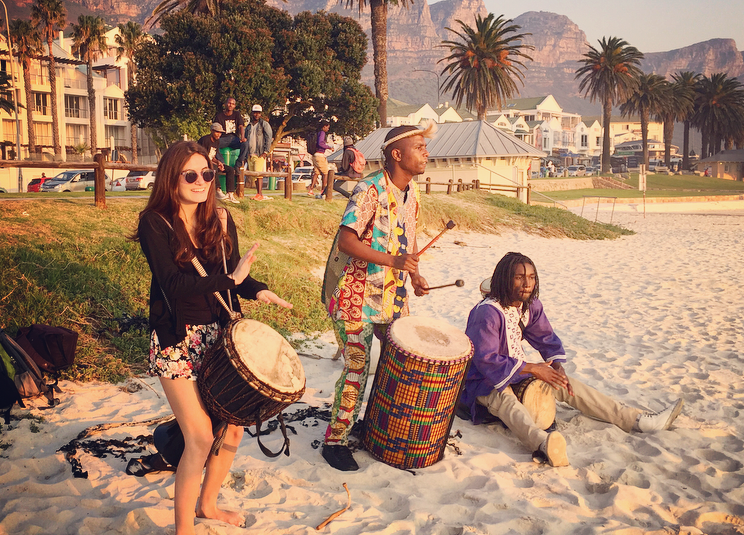 Just because you leave your home behind, it doesn’t mean you have to leave your passions behind too. And, if that passion happens to be music, there are plenty of places you can teach abroad and stay in tune to the music, melodies, and rhythms that inspire and attract you.

Whether you’re a musician or just a die-hard music junkie, there’s bound to be a place where you can combine your love of music with the practicality and stability of a job teaching English abroad (or if volunteering and music is more your thing, we have that too). That being said, here are a few of the top destinations around the world where you can teach English to support yourself and enjoy a rich musical heritage and culture outside the classroom. 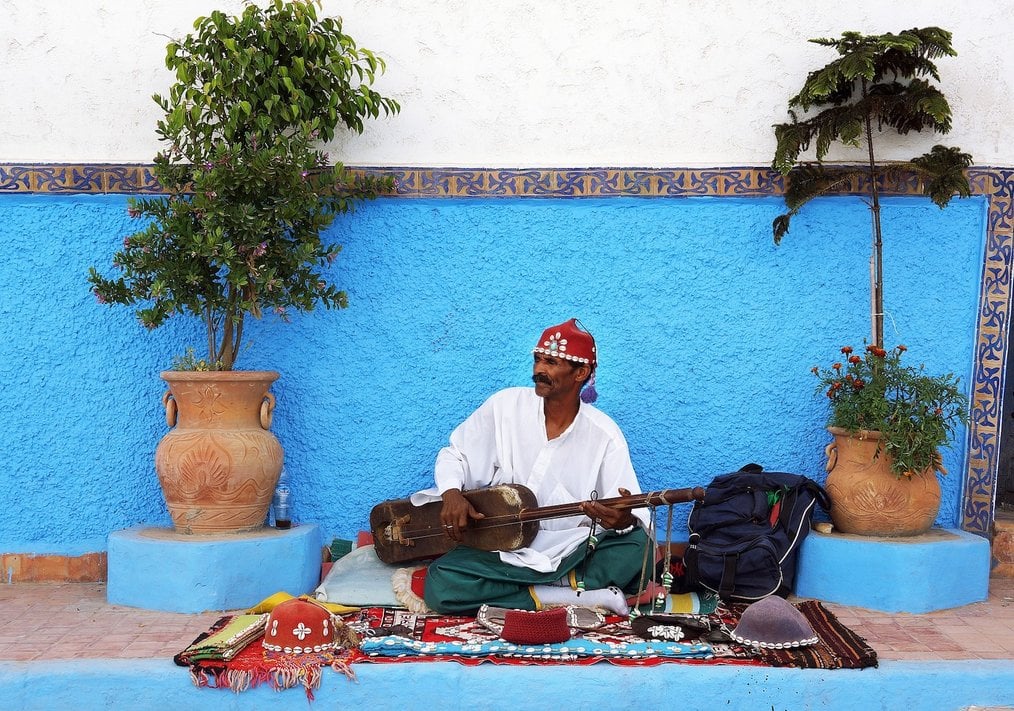 Located on the northwest corner of Africa, Morocco is a richly diverse country ethnically, geographically, and, of course, musically. Due to its recent and rapid economic development, so you should have no trouble finding a teaching position that pays well enough for you to pursue other interests outside the classroom -- including music.

Morocco is home to many unique genres of music. Not only is it a leader in producing modern Arabic pop music, but also holds on to ancient traditions such as ‘Gnawa,’ a mystical genre of music that combines African rhythms with Islamic Sufi songs and melodies. Living in Morocco, you’ll have the opportunity to attend some top-class music festivals, such as the Fez Festival of World Music and Festival Mawazine in Rabat (also known as Rhythms of the World), which is the world’s second-largest music festival and brings the best of Arabic and international music together -- past performers include the likes of stars such as Wiz Khalifa and Christina Aguilera.

If you prefer to play music as opposed to just listening to it, you’ll have the opportunity to learn some really unique instruments, such as the oud (related to the lute), ney (a type of flute), and rabab (a fiddle with just two or three strings).

See all teaching jobs in Morocco → 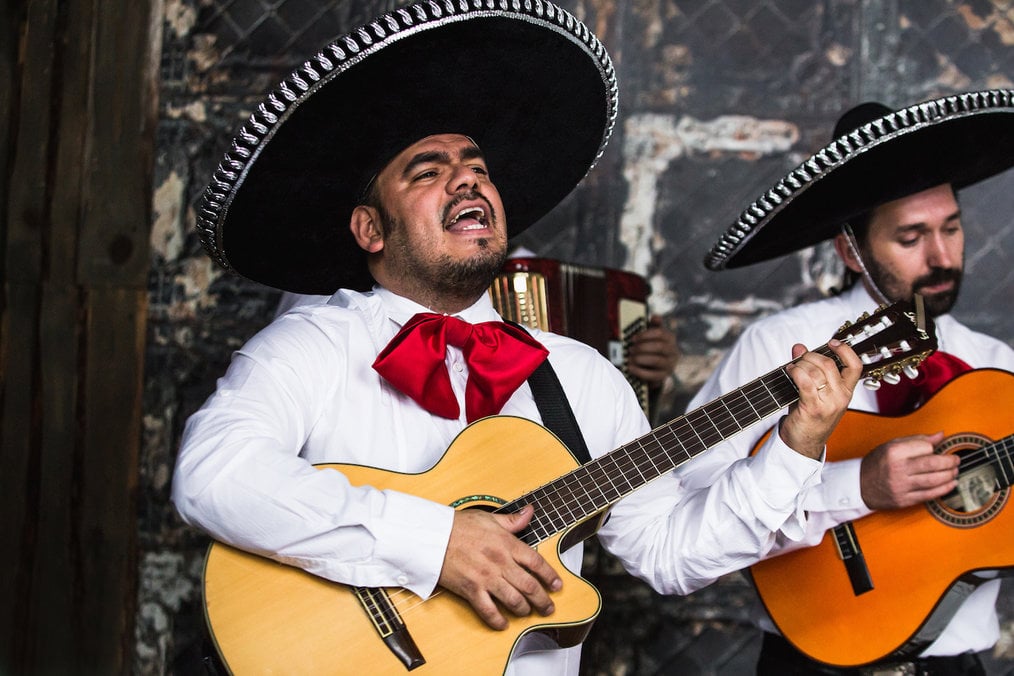 Just across the strait of Gibraltar from Morocco, Spain has its own thriving music scene. Most of the popular English teaching programs in Spain leave you with plenty of time to explore music outside of work. Spain is the birthplace of flamenco, so whether you want to catch a show after dinner or take music or dance classes on the weekends, this is the place go. Additionally, there are major flamenco festivals throughout the year in various major cities, from Jerez de la Frontera in the South to Pamplona in the north.

Spain’s affair with music is not limited to flamenco. Spain’s famed nightlife pulses with different beats with reggaeton, rock n' roll, and EDM playing in the clubs until sunrise. This intense party scene lends well to music festivals, which is why there are several throughout the country each year. Underground Primavera Sound Festival, held in Barcelona each year, brings some of the biggest music acts to the scene -- past performers include Radiohead, the Arctic Monkeys, and Migos. There is also the Mad Cool Festival in Madrid for rock fans, as well as the Barcelona Beach Festival for all your dance music needs.

See all teaching jobs in Spain → 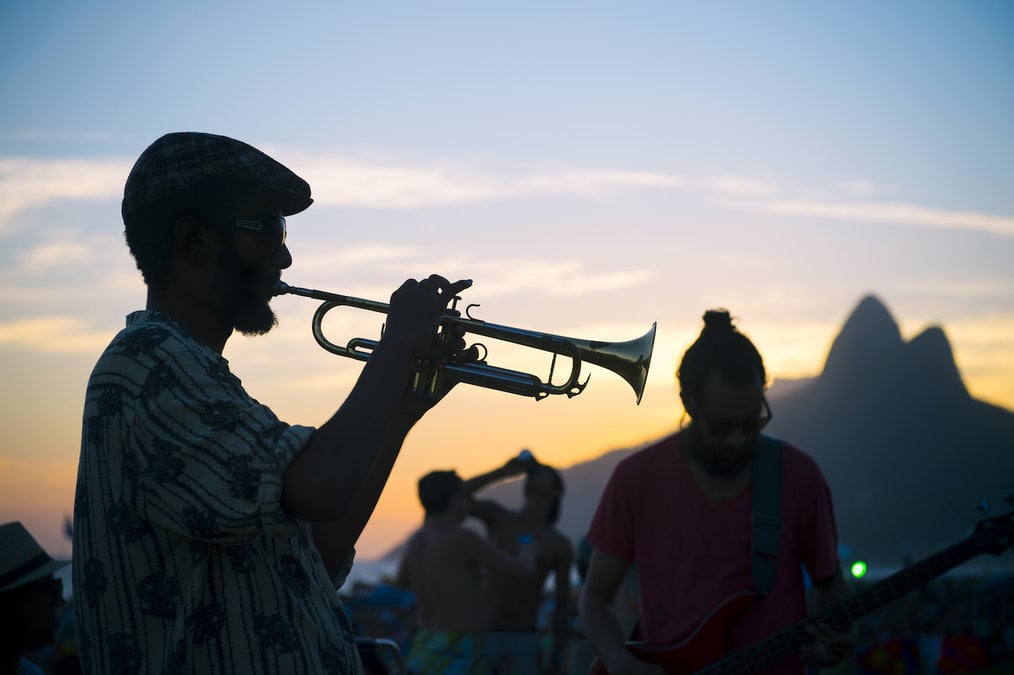 The Brazilian school year starts in February, bringing English teachers into the country just in time for Carnival, a nearly-weeklong event filled with music, dancing, partying, and general merriment. But even during the rest of the school year, music is a part of life in Brazil. Though English teaching salaries aren't necessarily high in relation to the cost of living, you'll have enough to go out on the weekends and enjoy what this country's robust and lively music scene has to offer.

Like Spain, Brazil's nightlife starts and ends late -- most bars don’t open until 11 pm, and it’d be hard to stop yourself from dancing until the sun comes up. And in terms of types of music, Brazil’s got it all. Funk, Arrocha, samba, bossa nova -- Brazil is home is an incredibly diverse catalog of genres that you’ll be exposed to as you go about your daily life as a teacher.

See all teaching jobs in Brazil → 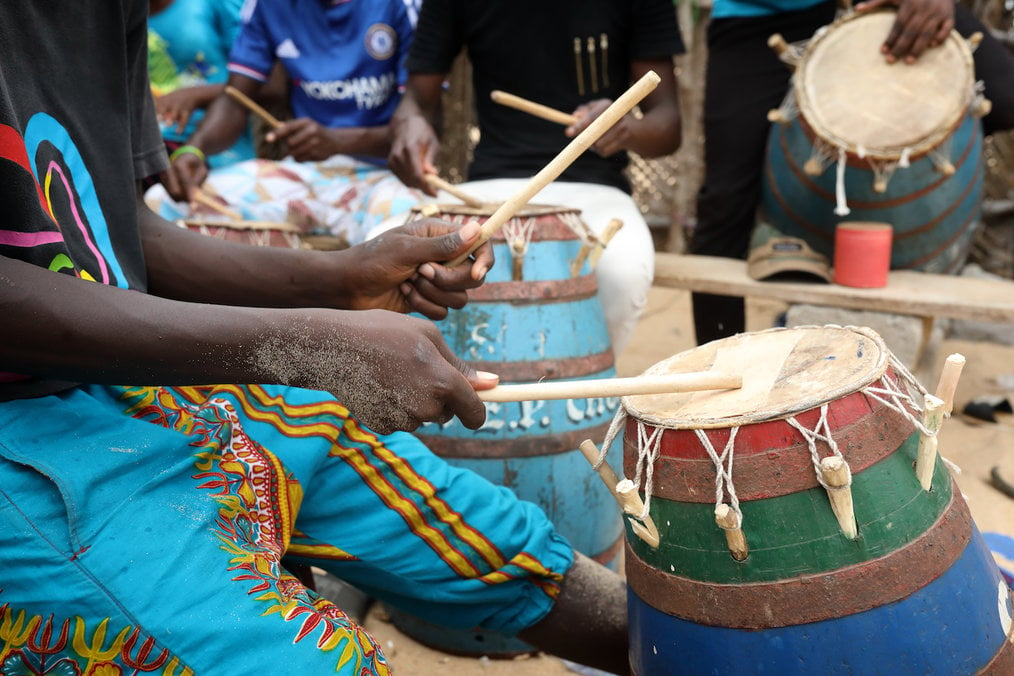 Located on the West African coast, living and teaching in Ghana will give you an enriching and fulfilling experience -- especially if you like music. Though teacher's salaries aren't high by any means, the chance to experience Ghana's diverse music scene makes it all worth it.

If you choose to teach in Accra, the capital, you'll find a booming metropolitan city with a welcoming nightlife that is home to lively clubs and bars with live music, such as the JamesTown Cafe or Rockstone’s Office. In addition, there are over 25 cultural festivals that take place throughout the year all over the country, giving you a great opportunity to observe (and even take part) in some beautiful Ghanaian traditions and music outside of the classroom.

See all teaching jobs in Ghana → 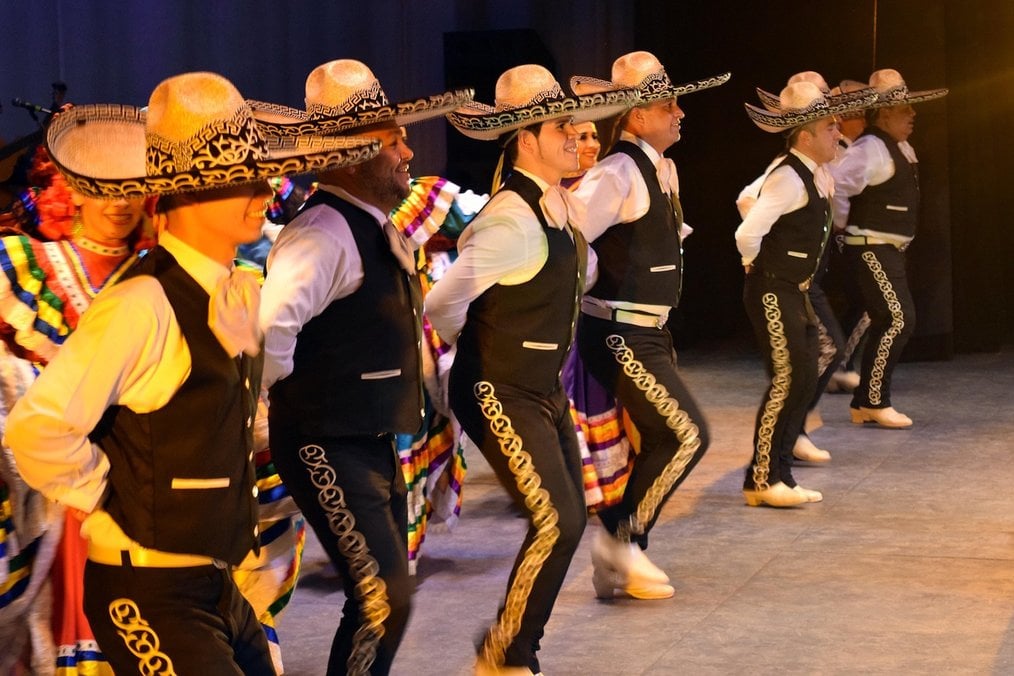 Don’t make the mistake of thinking Mexico is all about mariachi music -- son jarocho, cumbia, norteño, and son guerrerense are just a few styles from the wealth of musical genres found of Mexico. The country’s music of Mexico is as rich and diverse as its famed cuisine, and every region of Mexico boasts its own style of traditional music.

Wherever you decide to teach in Mexico, you will be exposed to a new genre of music you might not have heard before. However, even if traditional music is not your thing, there is still plenty of great Mexican music to listen to in styles as diverse as pop, rock, and jazz, and Mexico’s nightlife is one of the best in North America.

Mexico also has plenty of music festivals of to choose from in Mexico City and beyond, like the Comunité festival held each year in Tulum, a gorgeous Caribbean town on the Riviera Maya.

See all teaching jobs in Mexico → 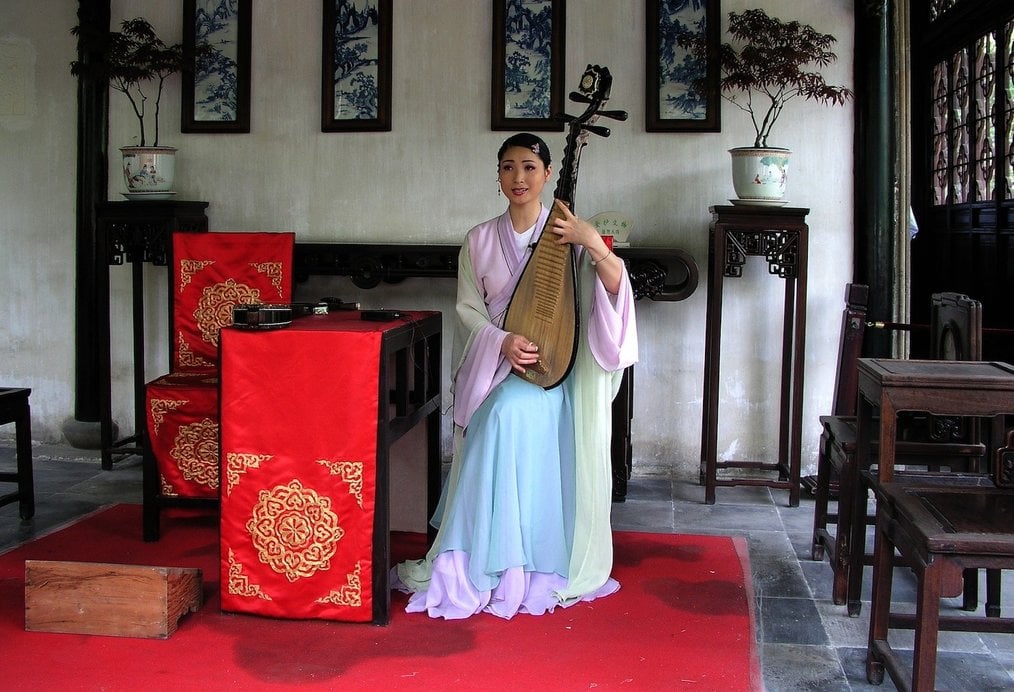 With huge cities such as Beijing, Shanghai, and Chengdu bringing in people from all around the world for both business and pleasure, China’s music scene is growing along with its economy. Its underground music scene has produced alternative artists of all genres, from electronic to hip hop to jazz, and teachers in China will have the unique opportunity to watch a cultural and art scene steadily grow and transform.

English teaching jobs in China pay well relative to the cost of living, so teachers will have the opportunity to spend their free time hitting up underground clubs or attending one of China’s many music festivals, such as Creamfields, Ultra, and the Great Wall Festival -- a music festival held at the eponymous Great Wall.

See all teaching jobs in China →

Teaching English isn't all about lesson plans and homework assignments -- your travel experience is equally about what you do outside the classroom. Even when living abroad, it's important to have a healthy work-life balance and pursue the hobbies that make living in a different country feel more like home. If, for you, that means dancing to the lively beats of hiplife music in Ghana or relaxing the smooth sounds of bossa nova in Brazil, then go for it! There's nothing stopping you from marching to the beat of your own drum.