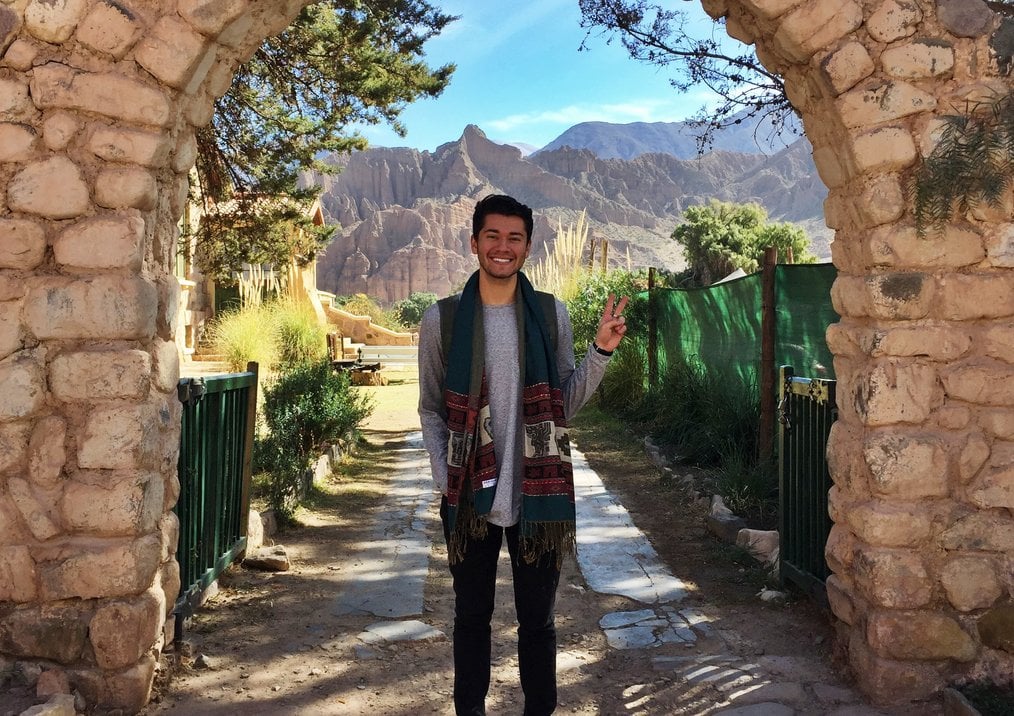 Long before graduating from university I made the firm decision to study Spanish abroad, but I hadn’t anticipated the choice of where I wanted to study to be so difficult. I spent hours Googling and browsing through dozens of travel and study abroad websites to weigh my options. I felt lucky to have such a wide range of choices, the world at my fingertips, but I also felt a certain degree of pressure to make a decision that would ultimately have a huge impact on my experience and the success of my Spanish language learning.

My decision making approach, I decided, had to be strategic. I began to evaluate different factors and prioritize what was important to me:

I wanted this to be a powerful experience, one that I would never forget. It was important that my chosen study abroad location be somewhere culturally different from England (my home).

This was going to be a once in a lifetime experience, and while I needed to minimize costs, I didn’t want to cut corners either. I wanted quality teaching and facilities but at an affordable price. So value as opposed to cheapness was my priority.

Did I want to focus on immersion and language study that could potentially mean social isolation, or did I want to combine my studies with a rich social life? I decided that although I risked diluting my studies, a good social life was important to me.

I decided I wanted to learn Spanish somewhere that would open my eyes to new sites and surroundings. Plus, the further away from England, the better!

So with my priorities sorted out it came down to deciding where to go. I quickly dismissed Spain. It ticked the quality and enjoyment boxes, but it was too close to England geographically and culturally. This left me with Central or South America. Costa Rica. Too expensive. Guatemala. Too insecure. Ecuador.. enjoyment factor. Big tick. Culture. Big tick. Security, not so sure.

The last days before making the final decision saw me pitching the two finalists against each other, Argentina vs Colombia. Colombia had the clearer Spanish accent I was told, "But only in Bogata, the accent on the coast in incomprehensible." I also didn't want to live in a city famed for its cold, wet weather. Sounds like I England, I thought. "But the accent is even harder in Argentina," I was told by another. "Colombia has great beaches" "Argentina has a great nightlife." What sealed the deal in the end, was the apparent advanced nature of the schools in Argentina.

So Argentina triumphed. Luckily, the decision of where to study in Argentina was a contrastingly easy decision to make. Buenos Aires! Before I knew it I was leaving England to set out on a new adventure to live and study Spanish abroad.

My decision making process really did pay off. Argentina turned out to offer everything I needed and more in a Spanish language learning destination. Though it may not tick everyone’s boxes, here are some of the reasons why it worked for me:

Students have been coming to learn Spanish in Argentina for years, particularly since the 2001 economic crisis, when it became more economical for people to study here. As a result, I found the choice of Spanish courses and the quality of the schools to be generally a lot higher than elsewhere in Latin America. The school I studied in for example, Expanish, was set in a beautifully refurbished building and offered everything from a free Spanish library, quiet study area, to free Spanish cinema club meetings every week. 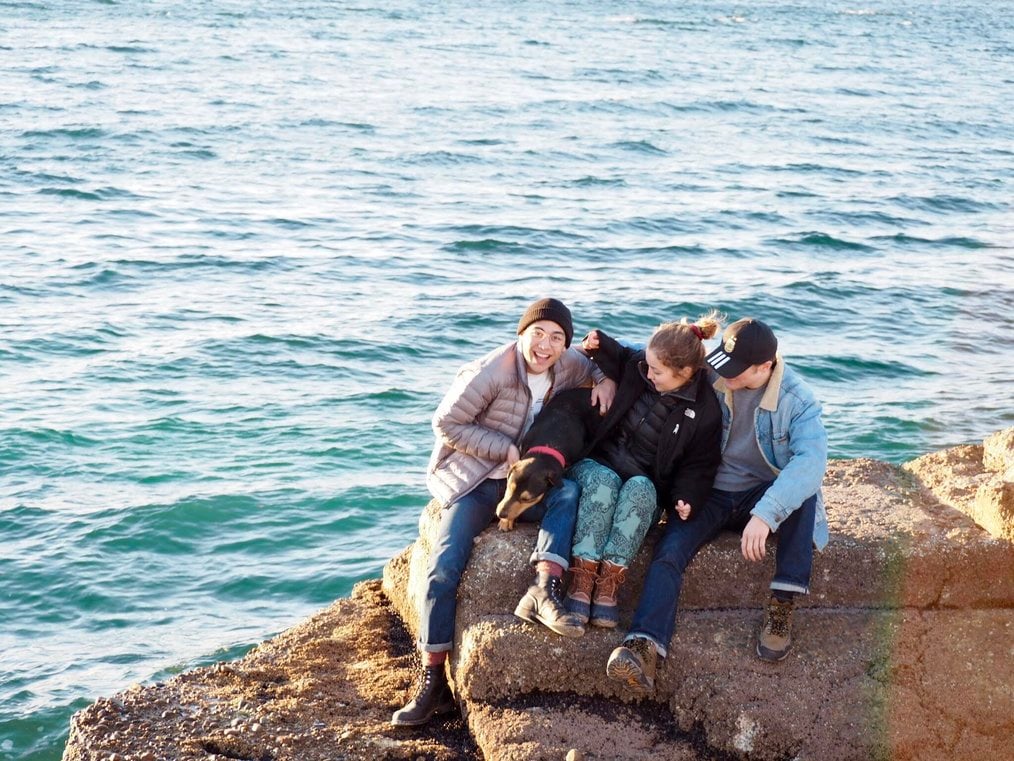 I wanted culture, but not culture shock. Argentina turned out to be a perfect fit where I could enjoy its unique Latin American culture (see below point) and highly developed infrastructure. In fact, I was shocked by the European characteristics of some of the country's major cities, namely Cordoba and Buenos Aires. Transportation options include BA's Subt system, some of the best national bus services you'll find anywhere in the world, plus trains and airports to take you to any corner of South America. I also found the shops, restaurants and public areas to be of a similar standard to those back home.

A Window into Latin America

Despite its modern, European feel, there's no denying that Argentina is still defined by its Latin American culture. Here you'll find a beautiful cultural backdrop to enhance your Spanish language study. In comparison to studying in Spain, Argentina is certain provide some unexpected and memorable experiences and a window into an entirely different culture. Many Spanish schools in Buenos Aires offer immersion programs to help students experience the real Argentina. As with much of Latin America, Argentina has its economic and social problems. For students wanting to offer their time to help some of the less fortunate communities in South America, a select few Spanish language Schools provide volunteering opportunities.

Despite its problems with poverty, I always felt safe in Argentina. Police actively patrol the streets, especially touristy locales. However, while most people leave Buenos Aires with all their valuables and happiness in tact, there is still a need to be cautious as you would in any big city.

Argentina is famous for fantastic carbon grill succulent steaks and authentic Italian food. Argentina is a meat and red wine lover's dream. Even when I ventured away from the usual steak and malbec combination, I was constantly surprised by the advanced cuisine available to lovers of all foods. AND even vegetarians! So Spanish language learners can practice their Spanish food translations for real! Anyone formorrones and berenjenas? 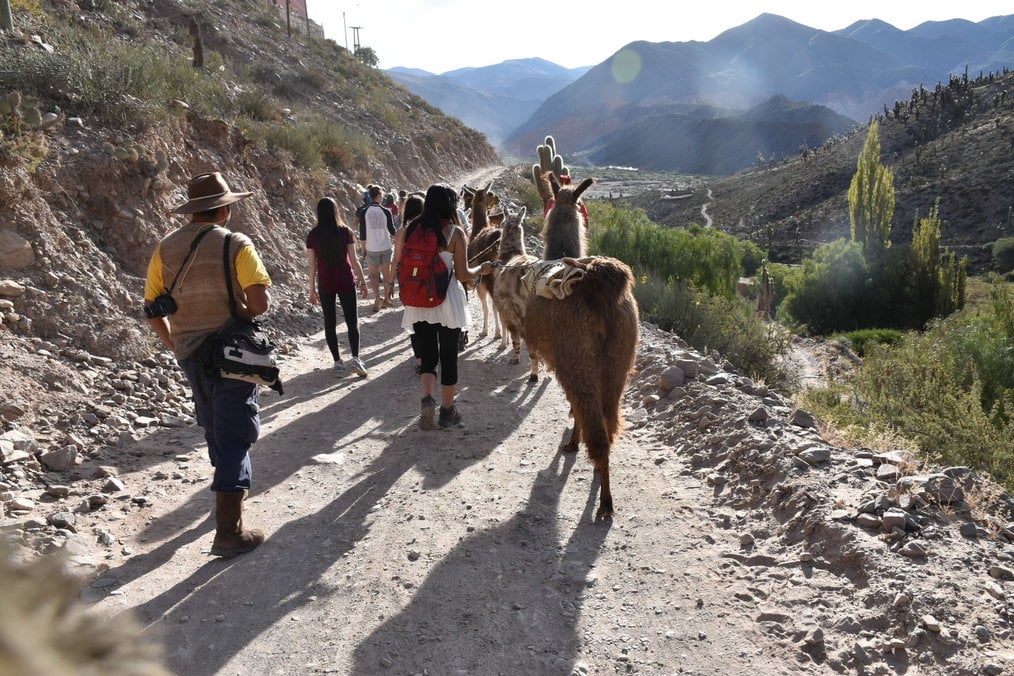 I wanted a great social life and Argentina gave it to me. Before I arrived I was told that Argentine’s are known for their love of football, steak and from time to time, a little arrogance. But really, the arrogance is just a cover for friendly, warm and passionate. I was often greeted with supportive words such as, "Hablas Español muy bien!!" Argentina is an extremely sociable country and a great place to get in a Spanish practice conversation, anywhere and everywhere.

I took a few weekend breaks to relax in between my intensive Spanish course and discovered that in landscape terms, Argentina has it all. Great lakes, snowy mountains, glaciers, wild west scenery, beaches, pampas plains, deserts and salt flats. It’s a country of extremes and beauty. So for a Spanish language learner wanting to experience some of the most impressive landscapes in the world, Argentina is a great choice.

So I think the moral of my story is this: Making the decision to study a language abroad is the first (and easiest) step, but the decision of where to study is often the hardest. You are likely to be bombarded with information both online and from friends who want to share their own experiences, but it's incredibly important to have your own priorities clear in your mind as you make your decision. From Aberystwyth to Argentina, there is a country to suit everyone’s needs, its just a case of knowing what you want.

Thanks for reading and good luck!

How Much Does it Cost to Study Abroad in Ireland?

How Much Does it Cost to Study Abroad in Spain?

How Much Does it Cost to Study Abroad in Germany?

How Much Does it Cost to Study Abroad in Costa Rica?