Take a gap year in Tokyo, Japan with CIEE

Welcome to the sprawling metropolis of Tokyo, where you’ll experience an intriguing mix of East and West, traditional and modern, old-school and cutting-edge.

You'll study Japanese at an intercultural language institute - taking classes designed to improve your communicative Japanese skills. For a fully immersive experience, you’ll live with a Japanese family – practicing the language while preparing and sharing meals, and taking part in family routines and recreation.

Outside the classroom, you’ll practice the language everywhere you go – in restaurants and cafés, at shops and markets, while chatting with other students, and during regular get-togethers with international students and local peers. There’s no shortage of activity in this busy capital city.

*You can create a duo program by combining any two CIEE Gap Year Abroad semesters and get 10% off the second semester.

Hello,
I participated in the Fall semester of the G.A.P. study abroad program, and to be honest, the staff did not add anything to my experience. In fact, they took away from it. They picked us up from the airport and gave a small orientation, which was slightly useful. However after on the way home, they provided no help at all with luggage.
Also, when they say there are classes at Sophia University, what they really mean is that they have their own "study center" in the basement of one of the buildings, where you are given is basically not how to be a "stupid American". They consisted of mostly TED talks and worksheets on communication skills. The semester project was a joke. I cut an old macroeconomics project in half, and this was sufficient for them. It seemed the staff themselves did not take the program seriously. The staff were also very condescending and rude. I had a mild cold, and so I decided to take the afternoon off to recover before a trip to Hiroshima. Once I informed the staff of this, they made me run around Akihabara to buy a thermometer, then go to a clinic (where they could have taken my temperature for free), be told I just had a cold, and buy medicine that was not necessary since I had almost recovered. $130 and four hours later, after some very rude phone calls, they allowed me to go on the trip I payed for. This is just one small story of many.
The only highlights were the Intercultural Institute of Japanese by Akihabara and my home stay. The staff was kind and helpful, and I actually learned a lot of the language as well as the culture. My homestay family was incredibly nice, and helped me in numerous ways. For anyone wanting to take a gap year or semester in Japan, I highly recommend it, however I suggest you go directly through a language school or find a program besides CIEE. Learning how to navigate a foreign country, expanding my comfort zone, and diving into learning a new, challenging language, as well as learning how to dodge CIEE's red tape all helped me develop as a person and a leader. If you have any questions about studying abroad in Japan, please ask me!

With CIEE Global Navigator High School programs, the possibilities are endless. As a U.S. high school student, you can study abroad from as little as three weeks in the summer to an entire semester or gap year. With more than 60 programs on five continents, you’re sure to find the perfect program to match your personal goals and interests.

END_OF_DOCUMENT_TOKEN_TO_BE_REPLACED 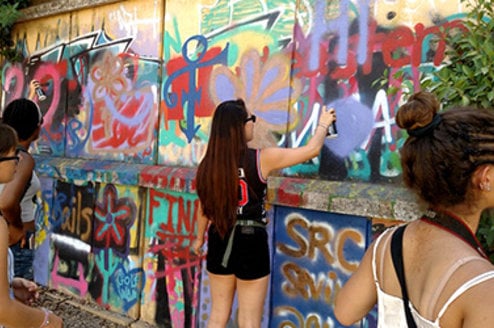 People across Spain are embracing all types of media in novel ways to... What will you find in Seville? The world’s largest Gothic church. The... 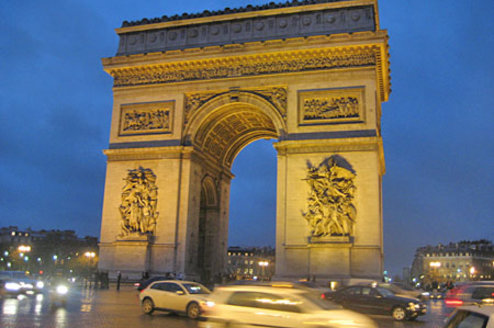 There’s a reason tens of thousands of students flock here to study...