Amizade Global Service-Learning has been empowering individuals and communities since 1994 through worldwide service learning projects. Amizade volunteers have served in 11 countries in 5 continents with 13 partnerships. Since its founding, Amizade has send over 6,000 individuals on projects overseas.

Amizade volunteers come in many forms; as students, as faculty, as activists, adventurers, philanthropists, and leaders. Young and old, volunteers have set out in partnership with Amizade and the communities we work with to serve, explore, and understand.

Feel free to navigate around this website, and learn more about the great work Amizade volunteers are engaging in all over the world.

This program is simply a must for people who want an intimate learning experience about wartime Poland, and the history of the culture there pre/post WWII. Our site coordinator, Anna, made the experience seamless; everything ran smoothly under her watch. This project is heavier on the learning versus hands on volunteering, but I understood that going into it. The lodging was as I anticipated it to be, and meals were uniformly better than expected. I am thrilled we participated in this, and I feel like the program exceeded my expectations.

What would you improve about this program?
Well done!

A once in a lifetime experience that everyone should take advantage of.

Amizade organized an exceptional trip centered around holocaust history and the memory of European Jewish life.
There were no issues with the trip and the itinerary was packed with meaningful learning opportunities.
The guides were experienced and helpful.
The accommodations were excellent.

My trip to Poland was an absolutely amazing learning experience. You may think you know about the Holocaust, but actually being where it took place and talking to local members of the community really gives you a brand new perspective and understanding on the atrocities that took place.

Completing service work for the Auschwitz museum included cleaning cauldrons that will later go into a kitchen exhibit, and retagging the baskets the Jews brought with them during deportation later to be confiscated upon arrival to the camp. It was a surreal experience handling such artifacts, and working in the camp is a once in a lifetime experience.

You wont regret this trip!

What would you improve about this program?
The only thing I would change is more service work. Only one half day was spent doing actual work, while the rest of out service was learning about the community and the history.

Virtually everyone of our hosts for the various events except while at the school were various members of Melissa's family. I was very glad that our concluding speaker had his own agenda and presented a view somewhat at contrast with the rest. Highlights for me were:
1. Eating and sharing at Melissa's 'Mothers'
2. Hearing about the language
3. Sacrificing and later eating the lamb.
4. The "sweat lodge" experience
5. Having time with my teacher's husband during which I learned that they had lost three of their four children.
6. Safety day with the class
7. The concluding lecture by the former member of the tribal council.

What would you improve about this program?
The leader tailored the program to our needs and the availability of hosts. Though no fault of the leader(Melissa), the Principal of the BIE School had obviously not given enough time to selecting teachers. The first assignment my 5th grade science teacher gave me, for example was to make 150 copies of a two-page information sheet to be used the next day.

I had a wonderful time on this trip. Much of this was due to the arrangement we had to live in the homes of people who live in Petersfield. There we ate dinner with our host family, shared stories, opinions, and goals, and really formed a bond with each other. I also enjoyed playing tourist meaning going shopping, going to the beach, and going cliff jumping (I only jumped 10 feet but you can jump 85 feet. Be warned, jumping from 85 feet can hurt as it did some of my fellow volunteers) at one of the most beautiful places I have ever seen. The actual volunteering was much less underwhelming, though it was fun to have direct contact with local kids who we raced with and talked to. We help to run a local sports competition that everyone from the school participated in and we helped clean up a park for a wedding which we were invited to. We always seemed to have more time then things to do (this is part of being in Jamacia. I recommend always have cards or a Frisbee). Overall the trip was amazing I don't regret for an instant going on it for my spring break.

What would you improve about this program?
More formal interaction with local children. Less time allocated to each activity.
Read my full story
View All Reviews
Displaying 1 - 9 of 20 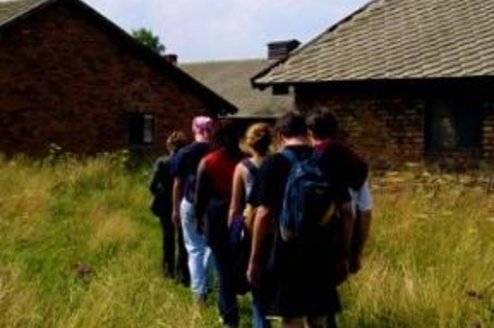 5 reviews
Save to Wishlist
Amizade

From the Holocaust to Revival of Jewish Life in Poland

In this program, you will learn about Jewish life in Poland, tracing... 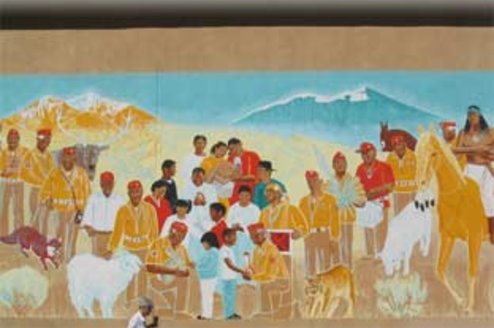 4 reviews
Save to Wishlist
Amizade

The Navajo Nation (in Arizona) is like no place on earth with its... 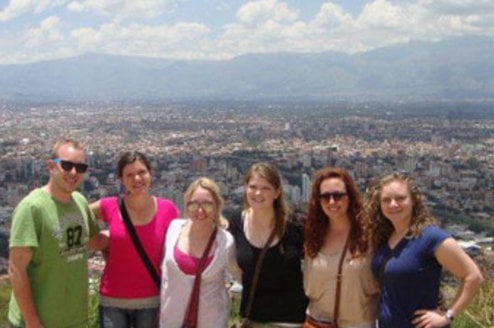 3 reviews
Save to Wishlist
Amizade

Volunteer in Bolivian Andes with Amizade

Registration is open for our March, April, September, October and... 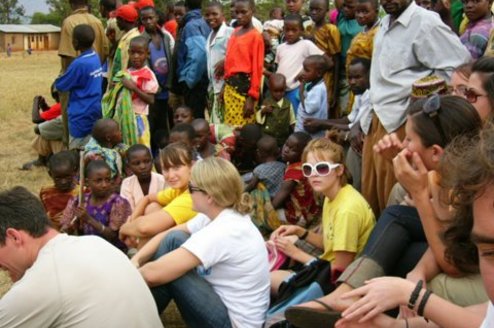 3 reviews
Save to Wishlist
Amizade

Learn about political ecology and women’s rights in the African... 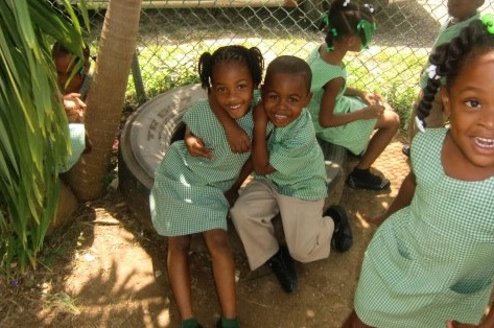 2 reviews
Save to Wishlist
Amizade

Nothing sounds better than a Spring Break spent lounging on a Jamaican... 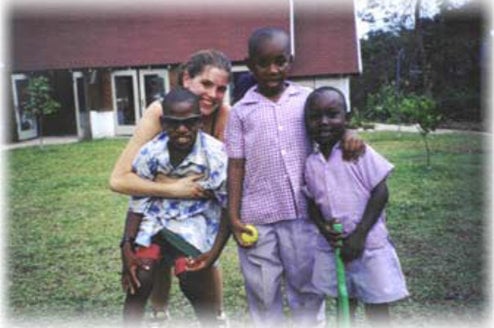 With tourism dominating the Jamaican economy, communities supported by... 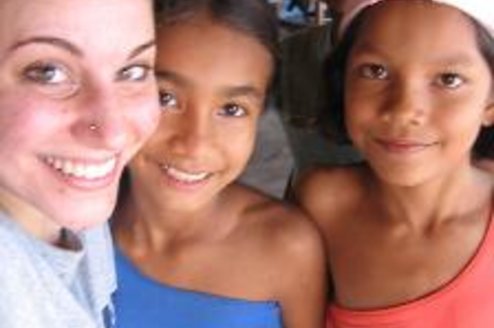 As you travel 500 miles up from the mouth of the muddy brown waters of... 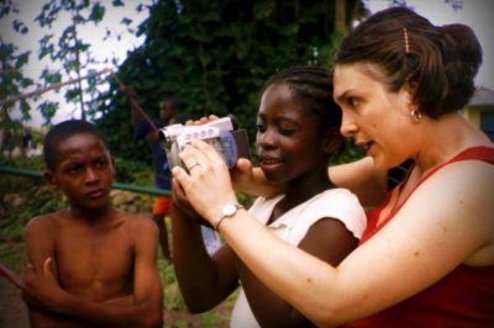 Development and Social Change in Ghana with Amizade

Development and Social Change in Ghana provides students with an... 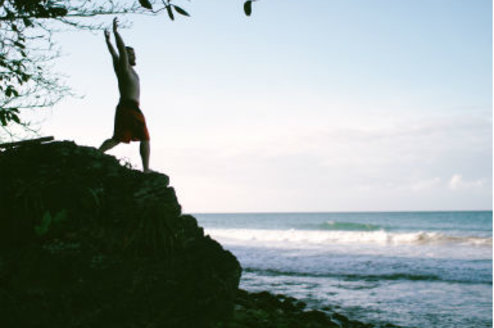 Save to Wishlist
Amizade

Volunteer in Matelot, Trinidad and Tobago

Help develop eco-tourism in the country through restoring coastlines...

Why did you decide to volunteer abroad with Amizade in Jamaica?

One day I got an email from the University of Florida Hillel (Hillel is a Jewish college organization) with information that they were going on such a trip to Jamaica.

Jamaica sounded like a very nice place to visit given I have an affection for spending time at beaches. Knowing of no other trips available at the time, I went ahead and signed up.

One person I met on the trip was John Matthias Brown. Everyone on the trip called him Mr. Brown. He is the director of the trips that take place in Petersfield, Jamaica.

His careers include being the head of a non-profit organization in Petersfield called The Association of Clubs and being on various school boards in the area. I got to know Mr. Brown very well because I ate and slept at his house during the trip.

While there I learned about his adventures travailing around the world, his views on religion, his views on the problems Jamaica is facing, about his family, about his garden and much more. He was a gracious host and a friendly and helpful organizer. I'm very glad I got to spend time getting to know Mr. Brown.