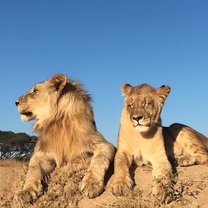 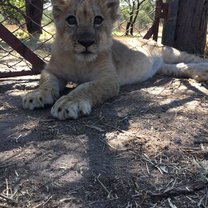 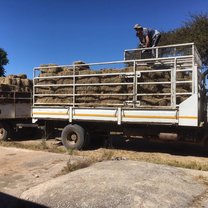 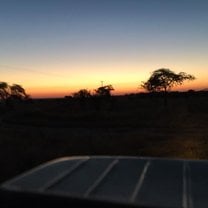 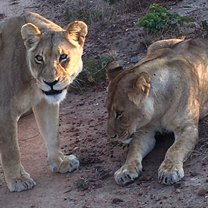 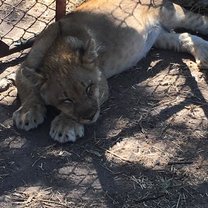 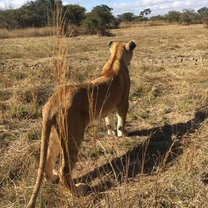 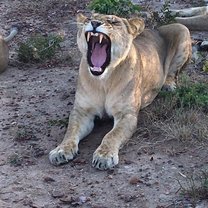 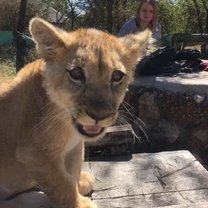 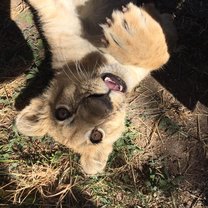 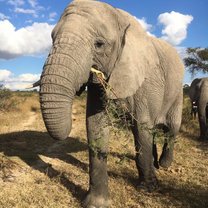 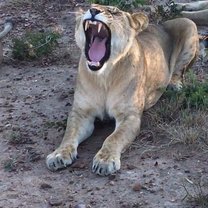 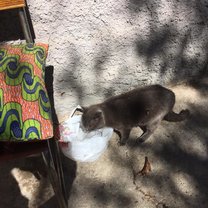 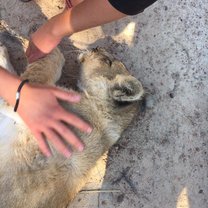 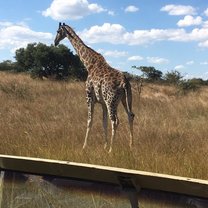 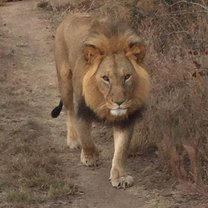 Established in 1994 and with a 20 year unparalleled record of safety, you can be confident that your placement will be the ideal environment to nurture your personal and professional development.

You will be following in the footsteps of thousands of like minded individuals to places where you will really make a difference and have an adventure of a lifetime.

Click through to our site or contact us directly to discover our full range of opportunities (over 300 in 20 countries).

Going to Zimbabwe was absolutely amazing. I had never thought I would love a country that wasn't my home-country as much as this but it's true as they say: Africa has a way of getting to you.
I have often been asked what was so great about my trip and what the best part was, and to be honest; EVERYTHING! In my opinion, the worst thing about my stay at AP was that I felt we weren't allowed to do enough hard work. I miss being there so much almost every day, everything from waking up and going to bed hearing lions roar to mark their territory, to going out on a drive or a walk and seeing giraffes, zebras, wildebeests...
As I say to anyone who asks me about my experience and my trip: It can't really be explained, it has to be experienced to learn to enjoy the full meaning and impact a trip like that can have. Not only for you as a volunteer, but for the local communities, the animals... ALERT's program really benefits everyone. 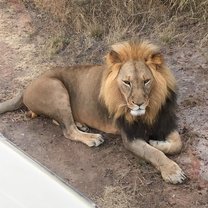 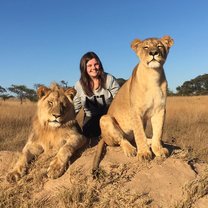 First of all, I'd like to say I love the organization I am working with- Son's of Thunder. The host have been incredible to me. However, my qualms have been with Travellers Worldwide. I payed a hefty amount to this business. The program includes: lodging, transport to and from my site, administrative expenses, and program costs.

I honestly felt cheated by this organization. I was under the impression that the money I spent on this program would at least go to the organization I am volunteering for. I do not even have meals included with my program.

They wrote me a long email to explain the full charge for the program fees/administration/safety. This is a piece from the email:
"1) the cost of Financial Failure Insurance. This insurance policy acts to provide you with protection cover in case Travellers ever went into administration. Just this one policy alone runs into the tens of thousands of pounds per year. 2) Another cost included within the price you paid for your programme is for Travellers Travel & Tour Operators Combined Liability Insurance. In covering the organisation it is also working for your (the 'customer's') benefit as it gives you added assurance when you 'buy' from us."

I understand they need to pay liability insurance, but we are required to get our own travel insurance anyways.

Furthermore, I feel like after I have expressed my issues to them they seem to be less responsive or helpful to me. I asked them for a refund for days I will not be staying at my accommodation at the hostel due to personal travel (well in advance), and they told me that they could not do that for "safety reasons." They also responded that my program should include food, travel, administration and program costs (my program does NOT provide meals whatsoever, so I do not know why they said that).

My advice for travelers wanting to do a medical internship in Zambia: contact Son's of Thunder directly and ask them about lodging prices, contact a reputable hostel in Livingstone if you want to travel to and from Son's of Thunder and ask them about lodging prices (Fawlty Towers is only $8-9/night. Look up a reputable taxi driver and make your own arrangements with him/her.

I will say the in country staff has been absolutely amazing (Lameck Mponda), he has my best interest at heart.

However, if I were to do it all over again I'd prefer to save my money and do all this on my own rather than go with this organization.

I am extremely disappointed…

I chose this company in good faith when I decided to go to Australia to have a rewarding working experience. As it turned out, the large amount of money to find me a training experience was no more than coffee making placement. We can say that my experience was extremely good in increasing my skills in the use of a photocopy machine. I met 2 other people who made an internship by Traveller and they were both disappointed, but they were lucky to didn't take several months as I deeply regret!

At the beginning, the staff of Travellers were nice (I mean the minimum), which is quite normal I guess as they want you to choose their company... But once I started my training, I contacted the person in charge in Australia to talk about my deception regarding my work, and she just tell me that "it's probably gonna be better after"... so I continued my internship, doing all the tasks even if it was really useless in term of experience and even for the company, until the end, by respect to my colleagues and regarding my commitment. But I have to say that doing a useless job when you don't get salary it's already a waste of time, but if it's a useless job and you also paid a lot of money for it, I just call this a big scam.

Furthermore, I was also really disappointed by the staff of Traveller and their lack of courtesy and respect. As an exemple (but I have several), I had book my accommodation by Traveller: at one point, I wanted to leave the hostel few days (for a trip) and come back after, so I informed the hostel and also the staff of Traveller of my departure (as others have done). But when I came back, Travellers staff claimed to have used my money to paid the hostel when I wasn't here, and they told me that they will not refund me those days. So I could understand this without any problem. But the truth is that the hostel didn't received any money from Traveller for those days, and the manager of the hostel gave me the bill as a proof. Traveller just lied to me and tried to keep my money instead to use for the services I paid for. When I contacted the headquarter to talk about my deception of this program, they didn't treat me with respect or even as a client, and they asked me to justified all the time, and even with the proofs that I sent to them, they never recognized their mistake and in addition they were unpleasant.

I have to say that my biggest disappointment wasn't really about the money I lost, but it was about the minimum of courtoise that I never get from this organism (staff in Australia as well as the office in UK).
So the result : I lost a large amount of money in this, no experience gain at all, and I was treated with no respect until the end. I really advice you to choose another company for professional experience, you could easily find better company and cheaper.

My sister and I recently completed a two week placement at CROW, and it was absolutely AMAZING!
The CROW team were fantastic and we felt at home right away
One of the best things about the experience was that every day was a new adventure, you never knew what might happen, what rescue you might get called out to help with, what animals might be brought in...
Everything was very hands on and we were able to get involved in a wide range of activities, while at the same time the CROW staff always maintained the approach of keeping the animals wild and ensuring they didnt become 'humanised'
That was one of the best things about CROW - they actually rescue AND release. Everything that can gets release back into its natural habitat
Our experience coudlnt have been better! We are already planning the next trip back!

Working in a township school in South Africa was a life-changing experience where I discovered that hope, determination and laughter can rise out of poverty and adversity. I learnt to look, to notice, to contribute, to let go of my ideas about why I was there and work out what was needed most, moment by moment. It wasn't easy, but I gradually got the measure of how to give child-centred help, support, teaching and fun. I was there three weeks but left feeling I had made links and connections with children and staff that were years deep. I shall never forget them and be eternally grateful for what they taught me.

What would you improve about this program?
Program could use the Travellers' students ideas and experience to identify allocation of charitable funds to the schools concerned. Having worked in a school, the students know what the school's needs are. In that way, the circle of support could be complete.
View All Reviews
This organization no longer has any active programs. Visit our homepage to continue your search.

Program
Travellers Worldwide - Volunteer as a Teacher in India
Geraldine Borg is from Malta (a tiny island in South Europe). She is a psychotherapist and works in a primary school, supporting children with special needs. She enjoys music, travel and adventure.

Why did you decide to volunteer abroad with the Travellers Worldwide Teaching Project in India?

In 2003 I wrote a bucket list. Both visiting India and doing voluntary work with children abroad, featured; but somehow the timing (and finances!) to do either, never seemed right. In 2010 I was passing through a difficult time in my personal life and realized that I needed to get away from the life I knew, for a while.

I needed to find a new focus. With my dreams to visit India and to work with children abroad never far from my mind, I began to browse the ’net for options, and came across Travellers Worldwide voluntary work experiences.

After a number of emails and phone calls everything was sorted – I was to work in a primary school in the mornings and in an orphanage in the afternoons, living with other volunteers, in the city of Madurai.

For one month, I taught conversational English at an underprivileged primary school every morning; and worked at an orphanage every afternoon.

Every morning the tuk-tuk would pick me up from home. An exciting ride through traffic-infested, crowded streets, with a fusion of smells, sounds and sights; and full of smiling, staring, waving strangers would ensue.

The school day would begin with the head’s greeting and giving me the day’s timetable. Then there would be assembly, where some of the children would show off their work through which I would helpfully gain more perspective on Indian culture, traditions, history and geography.

At the school I taught 2nd, 3rd, 4th and 5th Standards everyday. Each lesson was approximately 40 minutes long. I was allowed to teach through topics of my choice, as long as the children were taught new vocabulary and allowed to practice proper English.

I tried to make the lessons as visual and tactile as possible, to vary them from the traditional chalk-and-talk system the school used; not because my way was better, but because I wanted to bring a different experience to what the children were used to. I used to buy materials (very cheaply!) from the stationer in the road I lived in; and the supermarket close by.

At around 12:30 p.m., when the children and staff were having their lunch breaks, the tuk-tuk would take me back home for lunch. There I had around two hours to wash clothes, review the work done at school and prepare for my orphanage placement.