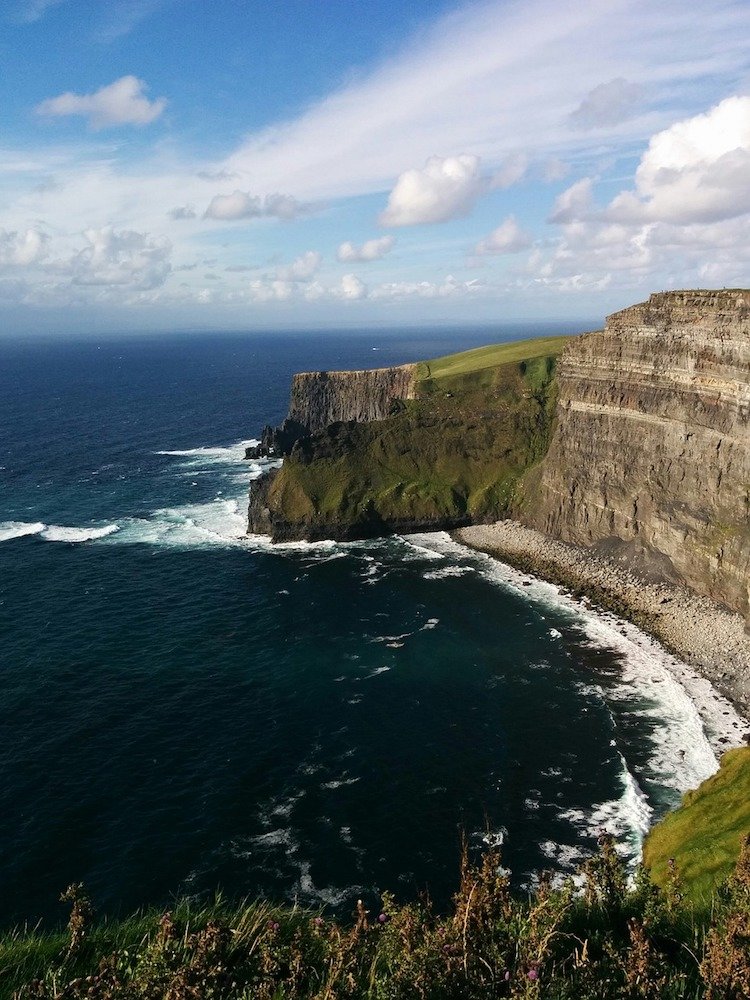 Throughout history, Ireland has earned the title Land of Saints and Scholars, due to the prominence of its monks and monasteries as centers of early academia in Europe as far back as 1500 years ago. To this day, Ireland is regarded as a center of educational excellence at a global level, and attracts many international students for both undergraduate and postgraduate studies with its famously friendly population, safe and cosmopolitan cities, unspoiled countryside, and rich Gaelic culture, arts, and history.

Offering thousands of internationally-recognized postgraduate courses in an English-speaking academic environment, research ranking within the top 1% globally in 18 fields, and a lengthy tradition of learning, it's no wonder students from 160 countries choose to study in Ireland, comprising 12% of its student population.

If you're thinking about pursuing a Master's degree, why not consider hopping over to the other side of the Atlantic and studying in Ireland?

Benefits of Studying a Master's Degree Abroad vs. in the U.S. 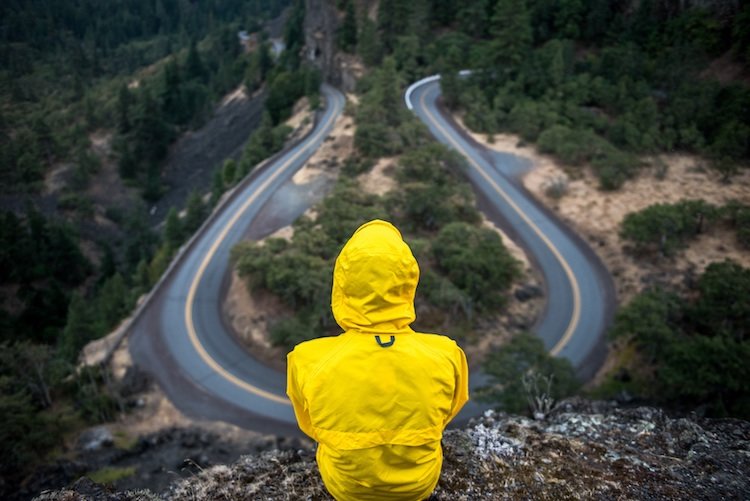 For starters, one of the most pressing issues facing millions of Americans who want to continue their education is our exorbitant cost of higher education. According to the National Center for Education Statistics, the average graduate school tuition cost is currently $10,408 at public universities and $23,698 at private colleges per year. It's not uncommon for master's students to graduate with over $100,000 of debt, depending on their course of study.

Increasingly, American students are seriously considering international universities as viable routes to obtaining advanced degrees. Remember, studying in the United States is not your only option, and with the choice to study overseas becoming more popular, it's also becoming more widely accepted and respected. Additionally, studying a full-time Master's or PhD overseas sets you apart in your field and expands your network to include individuals from all over the world, a valuable asset in today's highly globalized industries of every variety.

And, of course, studying in an international environment can provide different -- and often times much needed -- resources and inspiration that can propel and enhance your career in ways you couldn't have predicted.

Benefits of Studying in Ireland

Across all disciplines and degree programs, Ireland is home to over 8,000 American students every year. Around 1,000 of those students are studying full-time to complete undergraduate or post-graduate degrees. Marvelously, Irish universities are approved for federal financial aid, meaning Americans who have received approval to take out loans for their education can apply their loan at an Irish university.

Here are a few more reasons why Ireland makes a great destination for higher education:

Master's Programs in Ireland vs. the U.S. 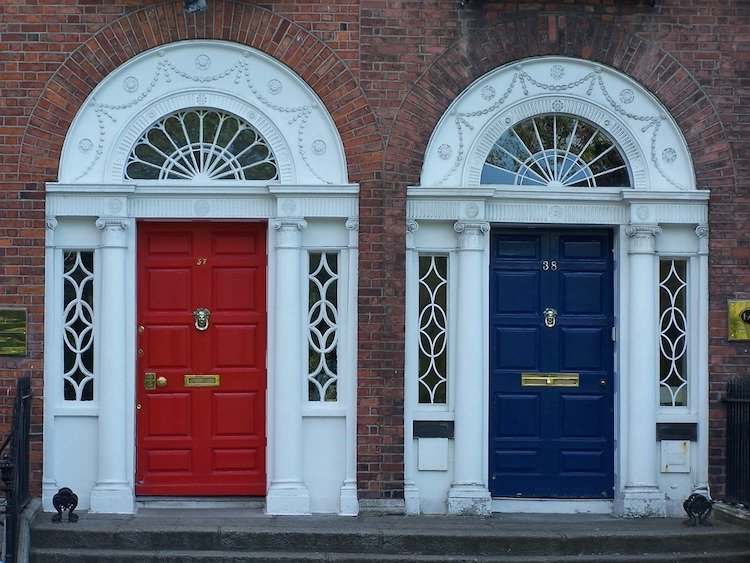 Applying to programs in Ireland as a non-EU resident is very straightforward -- you simply apply directly to the international office of your preferred institution. It's important to note that Irish Master's degrees are typically one year long, whereas Master's degrees in the U.S. are usually two years. Ireland also follows the same academic calendar as the US, with students starting in September and finishing in June with a longer break in December.

There aren't many key differences between the actual programs between Ireland and the U.S., which is one of the attractive parts about studying in Ireland. However, one key difference is that Irish universities do not assume that someone doing a Master's in a field of study has their undergraduate degree in that same field. This is great news for someone who wants to pursue a different course of academic studies as a Master's student, but could be problematic for someone looking to continue advancing their studies in the same field as the student could find the curriculum repetitive of their undergraduate work.

There are 7 universities and 14 Institutes of Technology to choose from, the majority of which are located in Dublin, Cork, or Galway, all of which rank within the world's top 650 institutions of higher education according to the QS World University Rankings 2015/16. Trinity College Dublin has the highest ranking at 78, then University College, Dublin coming in at 154.

Yes, in order to study in Ireland you need to apply online for a student visa through the Irish Naturalisation and Immigration Service (INIS).

You need to provide the following information to be granted a visa:

Costs of Studying a Master's in Ireland vs. the U.S. 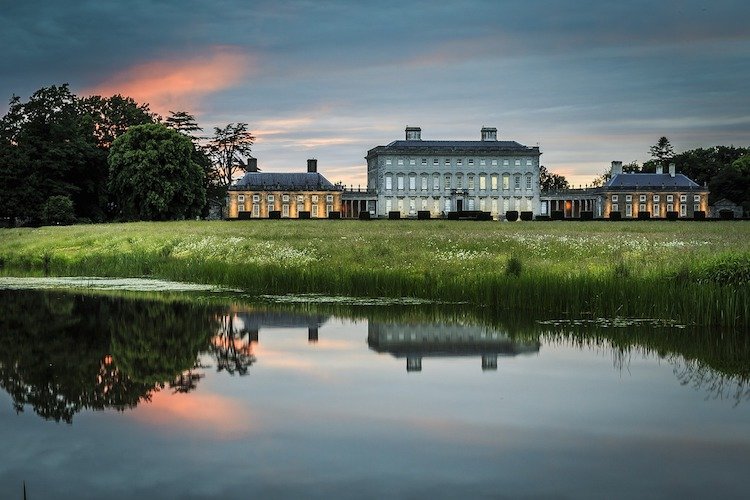 The cost for international students varies between institutions and courses of study. Here's a sample of post-graduate course fees for 2016/2017 broken down by field:

Remember, the average graduate student in the United States is paying $10,408 at public universities and $23,698 at private colleges every year, and Master's programs are usually two years long, whereas they are typically one year in Europe.

The Bureau of Labor Statistics in the United States reports that graduates with a Master’s degree make an average of $1,326 weekly, which is 15% more than those with just a Bachelor's degree. Use this grad school calculator from LearnVest if you're interested in exploring the potential return on investment of going back to school.

Cost of Living in Ireland vs. the U.S.

The cost of studying overseas includes not only the tuition, but the cost of books, accommodation, food, travel, and insurance. Luckily, Ireland boasts living costs that are below average for Europe, and most estimates calculate an international student needing around €600-900/month (approximately $650-$950), including housing, modest food budget, utilities, and insurance. Most students get around on public transportation or bicycle, and the average cost of a meal in a small restaurant is approximately €10/meal.

The cost of living for students in the U.S. varies much more widely depending on if you study in a big city like New York or San Francisco or in a small college town like Chapel Hill or Ann Arbor. On average, most Master's students in the U.S. budget $1,000-$1,500/month for rent, utilities, and food costs. As you can see, living costs in Ireland are also generally less expensive.

Scholarships for U.S. students in Ireland

The Irish government does provide some scholarships depending on your course of study, but your best bet is to apply for scholarships through the institution where you plan to enroll. There's also the Mitchell Scholarship, a very prestigious scholarship specifically for American students doing their post-graduate studies in Ireland.

Education in Ireland offers a pretty comprehensive listing of scholarships for students in Ireland, and Trinity College and University College of Dublin both have scholarship pages exclusively dedicated to non-EU residents, just to give two examples.

Editor's Note: Right now, Go Overseas has teamed up with Education in Ireland to offer 11 full-tuition scholarships for Masters students in Ireland. 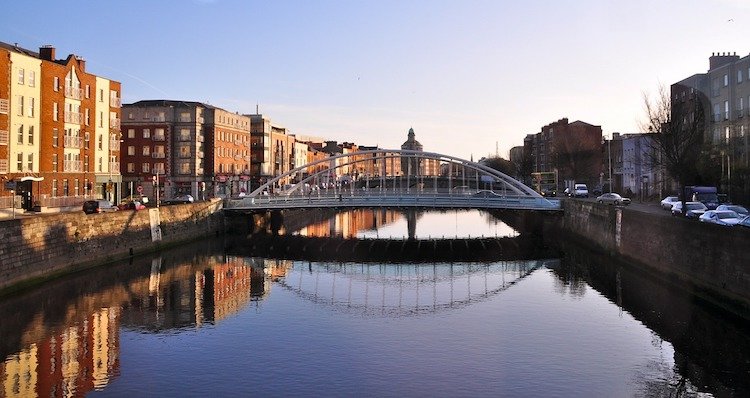 In general, it isn't a good idea to study law, medicine, or any other field that requires a post-graduate certification specific to the country where you'll be practicing. In these cases, you should study in the country where you ultimately want to be certified to practice because many certification associations (ie. the American Psychological Association) do not recognize Master's or higher degrees from abroad.

However, if your field of study is business, economics, science, humanities, or many areas of engineering, an Irish degree is perfectly on par and shouldn't inhibit any post-graduate opportunities. There's a great myth in the United States that our degrees are more valuable than the ones from other countries. However, there's simply no foundation in assuming a U.S. degree is better by default, so there's no need to be skeptical of the rigor and integrity of systems of higher education in other parts of the world, particularly not in Europe, Canada, Australia, or many parts of Asia. Many institutions overseas actually rank higher than U.S. universities in international rankings, including schools in the United Kingdom, Germany, the Netherlands, Ireland, Canada, Singapore, China, Japan, Hong Kong, Australia, and South Korea, just to name a few.

Degrees from all Irish universities are internationally recognized and the quality of the education system is on par with schools of high caliber in the U.S. and around the globe. Ireland is a highly globalized country with strong historical, cultural, and economic ties to the U.S. (Ireland receives more U.S. investment than the BRIC countries combined!) and plays an active role in inviting the world's leading companies in medicine, technology, communications, and financial services to establish their European base in Ireland. The presence of these large companies has resulted in many universities developing courses to match the qualifications required by these employers, which further increases the merit of an Irish degree and its relevancy to career opportunities in American companies upon returning home. Having an international postgraduate degree can also help set you apart in the job market at home and abroad.

Networking is another an important part of earning a graduate degree. If having a global network is important to you, studying at an Irish university with students from around the world can be an additional benefit. This is especially true if you're studying international business or economics, or, if you want to live in Europe permanently, studying a Master's can also be a step in that direction. However, if you prefer to build a more extensive network in your home country and pursue highly localized opportunities, you may be better off studying in the region in the U.S. where you're looking to build your career an Irish or international network may not serve you as well in the long-run.

Let Ireland Leave a Mark on Your Heart 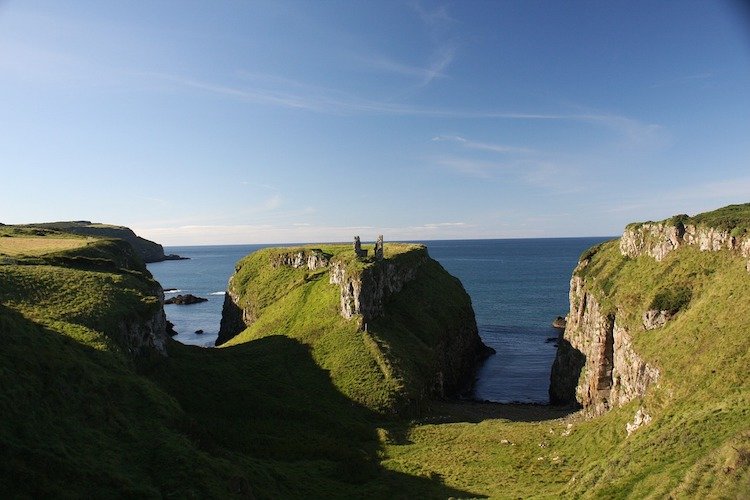 Most of us love to travel. We love the experience of exploring a new place, interacting with people from different backgrounds, understanding an unfamiliar way of life -- but there's something even more rewarding and fascinating about really living overseas.

There's nothing like becoming close friends with people from a different country, settling into an apartment in a local neighborhood, and getting the full, rich experience of immersing ourselves in a new rhythm of life that takes our learnings to a much more meaningful level. Living abroad for an extended period of time opens us up to a depth of experiences we couldn't have gotten from simply passing through, and building a life in a new place virtually guarantees it will leave a footprint on our hearts for the rest of our lives.

Choosing to study overseas is the perfect opportunity for young people to not only enhance their careers, build an important network, and work towards the degree they've been dreaming of, but also gain the valuable personal experience of living internationally. And there's no better place to do it than in one of the most open-minded, historically and culturally rich, beautiful, friendly, and freshly prospering corners of the world: Ireland.

What to Look for in a Virtual Study Abroad Program

10 Things To Know Before Studying in Ireland

6 Ways to Study Abroad for Free or Cheap

Everything You Need to Know About Study Abroad Housing