Students pose for a photo while siteseeing in London.

London architecture on the river

Students pose while on a field trip

Students pose with one of London's infamous telephone booths.

Queen Mary, University of London (QMUL) offers you the best of two worlds: the bustling city of London and a self-contained, thriving campus. Located in the diverse East End, QMUL maintains its own identity and community, and yet its students are never more than a convenient Tube ride to the center of London.

As a large institution (more than 25,000 students), QMUL offers an extensive range of challenging academic options. In addition, the college has a long history of internationalism: nearly 30% of the student body and staff comes from outside the UK, with more than 160 countries represented in the international student population.

IES Abroad London is dedicated to enhancing your study abroad experience with superior student services and opportunities to fully experience life in London.

I am surprised at how much I miss London. I didn't really think much of London when I first arrived at Heathrow, probably because I was never a huge Harry Potter fanatic. But after 3 whole months at Queen Mary, I can say that I grew to love London. This is mostly because of the friends I've made, countries I've visited, and adventures I've been on. Studying abroad at Queen Mary allowed me to be a part of a more integrative social hub, since I was living on campus with both locals and other international/exchange students. It was almost like I never left home since it's kinda like the living situations back in the states. But since Queen Mary is the only university that has a campus in London, it made my study abroad adventure a little more unique. It was a great way for me to make friends and the location was out of the way enough so that I wasn't constantly in the bustling city and that it was close enough for me to get to whenever I needed it. I have to say though, my most memorable moments are those that had me running for a bus, train, or coach, since I was always traveling. You could catch me in Edinburgh on Wednesday and Barcelona on Friday. Having the independence abroad really put me out of my comfort zone, but at the same time allowed me to grow and develop other valuable skills that made integrating myself in different countries easier. I definitely have better communication skills and time management skills (since I've had to plan out my trips to other countries on a regular basis).
Other than globe-trotting, I also had school. I took a biology, chemistry, psychology, and drama course, all of which were easily transferred back to my home institution. It was just challenging getting adjusted to the British standards in academia, but I quickly acclimated and found the perfect balance between school and travel. IES Abroad facilitated my studies Queen Mary and answered a lot of the questions I had! Since it was a direct enrollment program, IES did not do all the work, but helped me along every step of the way. When I could not get into one of the classes I needed to graduate, IES helped me email the global exchange office and facilitated the process. They were very supportive both abroad and back in the states. I would definitely love to study abroad again with IES Abroad!
My advice for those studying abroad there: pack light and actually listen to previous study abroad goers' advice! They really aren't kidding when you have to stay within weight limits on airplanes and you really won't want to throw away the souvenirs you bought at the airport!

There are many programs to choose from when deciding where to study abroad and how to spend one's time in their chosen country, but I am convinced that choosing to study through IES' Direct Enrollment Program was the best choice I could have made. With Direct Enrollment, I hardly felt as though I was studying at Queen Mary for only one term--I had nearly full access to the module options, my assignments were graded the same as my peers and I lived in the halls with students both from my host country and from other countries.

The IES staff in Chicago and their counterparts in London were well-informed regarding any situation and questions students might (and did) have and they were fully prepared to help students have the best possible study abroad experience. IES also set up wonderful field trips that students could choose to go on.

Queen Mary has a very active social scene and it boasts on the biggest campuses complete with student housing in all of London; as you might have guessed, I was never at a loss for what to do with my free time, as had an abundance of friends around me at all times and as there i never "nothing to do" in London.

I had the absolute time of my life through IES Direct Enrollment in London and I would encourage anyone who is thinking about studying abroad to consider look at programs both in London and through IES.

What would you improve about this program?
My options for classes and how open they were at the time of enrollment. I submitted class selections beginning in April and had to continue providing alternative options up until the time classes started because even though my advisors considered me to be qualified, the staff at Queen Mary kept saying that I had to choose another module.
Did you find this review helpful?
Vote up! 0
Vote down! 0

Sunset over Parliament in September

I studied abroad through the IES direct enrollment program at Queen Mary college in the East End of London. I wanted to determine whether or not I want to study abroad in the UK for my postgraduate degree and also generally experience London life.

As for the East End, it is a wonderfully diverse area. A five minute tube ride west and a bit of walking, and you arrive at Spitalfields market, a historic place that has been--like a lot of London--modernized to reflect the fashion forward culture of the citizens. On Sundays, if you walk through the market and down a few back streets, you arrive at--my favorite place--the famous Brick Lane market, with the best food I had in London, and lots of vintage shopping opportunities. A two minute tube ride east from Mile end, and you arrive at the Stratford mall, which is a facility built especially for and adjacent to the 2012 London Olympic Park.

In regards to the Queen Mary campus itself, there are two Queen mary College locations: the Mile End campus and the Whitechapel campus. I have only ever been to the Mile End campus, but I can say that it is very well integrated into the urban landscape around it. The campus itself gives the appearance to its students; it would be possible for a student to live within the contained area of the campus without leaving if they really really wanted to. There are several buildings where classes are held, but generally, the different buildings house different school departments. The classrooms varied from large lecture rooms that could contain, probably, a good 150 people, to small classrooms where a class of maybe 15 people at most could fit into. It took me approximately 10 minutes to walk from one end of the campus (where the dorms are) to the other (where I had a class), and most of the non-academic facilities (coffee shops, the campus pub, the cafeterias, the bookstore, the campus corner market, etc.) were within this area. The most interesting feature of campus, for me, however, was the Nuevo Burial ground, which is really just a graveyard that just so happens to be in the middle of campus. I also appreciated the close proximity to the Mile End tube station, which made it easy to get anywhere I wanted or needed to off-campus.

What would you improve about this program?
I would say that it would be a good idea to prepare students for the different, less involved, style of teaching in the UK. I was very shocked and confused when all of my classes were only once a week. I also thought more preparation for the grading system would be nice, because I was devastated when I got a 64% on my first paper, only to find out that it was considered a B!
Did you find this review helpful?
Vote up! 0
Vote down! 0
Location:
London
Currency:
English Pound
Weather:
Jan-Mar
52 F / 36 F
Apr-Jun
70 F / 43 F
Jul-Sep
73 F / 52 F
Oct-Dec
61 F / 37 F
Airports:
London-Heathrow
( LHR )
Gatwick
( LGQ )
London Stansted
( STN )

END_OF_DOCUMENT_TOKEN_TO_BE_REPLACED 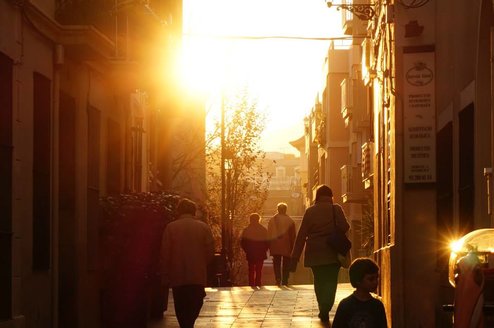 There are a wide variety of courses available, primarily taught in... 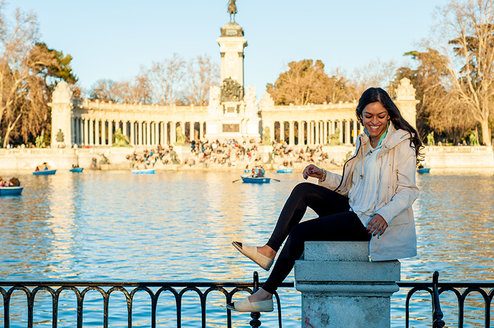 Our program is designed for students who want to experience the...