Take French language, art, history, culture, communication, and political science courses in a city recently voted as the best city to study abroad in France. A robust co-curricular program includes an overnight excursion, field trips, and various cultural activities. Through these experiences, you will become members of the vibrant Toulouse community and will learn firsthand about French culture, art, and history.

Frederick Douglass Global Fellowship is a unique international program to develop change leaders who make an impact on their community and the world.

This fully funded summer 2021 study abroad program to Dublin, Ireland is developed for students of color with special emphasis on leadership, social justice, agitation for positive change and cross-cultural understanding.

CIEE approached my high school to begin doing study abroad trips during my junior year; it was the first year that my high school got this sort of opportunity. I had been planning on majoring in French in college, so I was interested in the program. Through my high school's connections, I applied to the program and was accepted. It was going to be my first time outside of the United States and going on a trip by myself of that magnitude. For me, a big reason why my parents were so okay with this prospect was how involved the program was with the school; they held presentations, gave out information, and were readily available for questions. They laid out the whole program, something that my parents appreciated. They also liked how there were mechanisms in place to give us the flexibility of being more independent or being with a group, such as with traveling there. CIEE was parent-friendly and it was easy to work with them and learn more about the program, which made it easier on me and my parents when preparing for this experience.

I really enjoyed the program; I liked my host family and my house-mate. The group of students that I met were amazing and I'm definitely glad that I still talk to the friends I made while I was there. This experience definitely made me champion studying abroad; I've talked about it with friends and some of my friends went on different CIEE trips after I went. As a whole, the summer programs give a glimpse into what studying abroad for a full semester or a year could be like. There were times when the program felt a little too structured where there wasn't any flexibility, but it's also understandable as we are high school students in a foreign country.

As for after studying abroad, it only made me want to go again very soon. I still keep in touch with the friends that I made while I was on the program and we talk often enough to know what's going on in each other's lives. The program also helped steer me into knowing what I wanted to do later on in college both as a French major and a Political Science major. It wasn't more than a meeting, but we had the opportunity to meet with the US ambassador to France, which to a then-potential Political Science student was really exciting. I loved the immersion experience and the opportunity to do this, especially in high school. Some people don't get the chance to study abroad until college, so being able to do it when I did was an amazing opportunity that impacted me academically and helped shape what I wanted to do then after.

What would you improve about this program?
As much as I enjoyed and value the experience, there's always room for improvement. I think that the cultural activities as a whole only targeted some aspects of culture, but not every dimension. There could have been more diversity in the kinds of activities that we did. I also think that the classes could be changed to be even more beneficial to a learning student. The final test was the same test that we took before going to determine our levels in reading, writing, and speaking/listening comprehension and skill. However, in between, I don't really feel as though there was any way to track progress or check. Some of the homework we were given was just extra practice that we didn't need to do and, knowing myself as a student, I wish there had been more activities that held you accountable for learning and knowing the material well.

My experience with CIEE is truly one that I will always remember. The friendships I made, the material I learned, and the culture I experienced all left made my decision to apply worth it. I had never heard of CIEE nor known any alumni, but I am so thankful that I discovered this AMAZING program!! The program leaders, teachers, students, and host family were all able to make me feel comfortable in experiencing new things. I recommend this program to anyone who wants to discover a new culture, learn a new language, make lifelong friendships, or just simply step out of their comfort zone!!:)

What would you improve about this program?
Some students had difficulties with the technology that we were provided to complete the homework given

Spending a summer over seas was the best experience i’d ever had. I learned a lot about the languag and the culture in southern France in the class room but a lot of what i learned was when i was with friends exploring the city or on the bus in the morning on the way to school. I made so many friends in those four weeks and most of them i still talk to. I had some difficulty while I was over there but i had amazing support from the program leaders to make sure I got through everything, they really are there to help you. One of my favorite memories was when we went to Port Vendres. We got to go to the Mediterranean and explore the beach. It was close to the end of the trip but it the most bonding experience we had. The experience definitely changed my life back in the states after I got home. I now see the world so differently and can compare new things to old experiences. If you’re considering studying abroad and have the means to do it I definitely recommend it.

What would you improve about this program?
more interaction between the different groups. Most of activites were with the same half of the students and you never really talked to the others. More intergration or excercises to get to know other students on the trip.

I got everything I wanted out of this program. The staff was incredibly kind and helpful, and always made sure we felt safe and comfortable. My homestay was amazing and they really made me feel welcomed. Toulouse is an incredible town and I got firsthand experience living as a French person. In addition, the classes were thorough and engaging. We had frequent excursions that helped us get closer as a group and I made lifelong friends.

What would you improve about this program?
More take home work so that classes can be valid at University.

From day one, I felt welcomed and prepared to dive into French Culture. Though the language barrier was a challenge as I spoke little French upon arrival, the support from the CIEE staff as well as from my classmates, made me feel comfortable. Within a week and a half of being in France and living with a French family, my French improved dramatically.

CIEE staff in Toulouse is extremely well organized and they care for their students and they show that as they help each student get what they want out of their experience. Whether you need help finding your way to the best pastry shop or you need help planning a weekend get away, they are happy to help. Additionally, CIEE Toulouse plans events for the students to get to know French culture in different ways throughout the week. One of my favorite activies was touring a shop where cheese is made and then having a wine and cheese tasting. These activities are both fun and educational which makes for a great reason to write back home!

After this experience I am excited to learn even more about French culture, I have been encouraged to continue my education to fluency in the French language and I have more confidence to go and explore other cultures in this unique way.

What would you improve about this program?
If there was a little more immersion, that might help increased fluency of students, but it is also important to rest.

END_OF_DOCUMENT_TOKEN_TO_BE_REPLACED

39 reviews
Save to Wishlist
CIEE 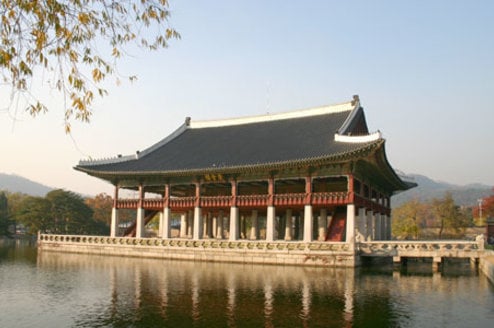 13 reviews
Save to Wishlist
CIEE 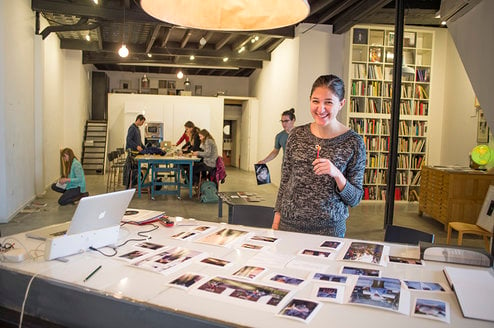 14 reviews
Save to Wishlist
CIEE

Whether you’re a beginning Spanish learner, or more advanced, you’re...