A student taking a cooking class

Spend your summer living and learning in Rome, as you practice your Italian and immerse yourself inthe local culture. Summer is the perfect time to explore the “Eternal City” and all it has to offer--you will have the chance to practice your language skills with locals, browse the city’s outdoor markets, and explore ancient monuments. The opportunities are endless!

Our Rome Summer Language & Culture Program offers a variety of language courses, ranging from beginning to advanced, taught by expert faculty trained in second language acquisition. Practice all four skills (speaking, reading, listening, and writing) while maintaining the main emphasis on oral production. During your time in Rome, you won't just speak the language--you'll learn what makes the Italian culture one of a kind.

IES Rome was great. Primarily, the IES center is located directly acorss from Castel Sant'Angelo, and IES students are housed in apartments all over the city. IES students can choose to be housed in either homestays or apartments, and I chose to live in an apartment. I ended up sharing a bedroom with a local Italian student, and she became a great friend and resource while living in Rome.

I come from an Italian-American family but had very little experience studying the language in a formal setting, and my language skills improved dramatically while abroad. IES is great in that it is possible to take classes entirely taught in Italian that are designed for non-Italian natives, which I found challenging and fun. IES really takes advantage of its key location in Rome, and every class goes on various field studies throughout the semester. In my classes, I went to important museums, government buildings, and various theatrical productions throughout the city that I otherwise would not have been able to see.

I also interned while in Rome, and it was wonderful. I only spoke Italian in the office, and my work translating only improved my Italian more. I am definitely accustomed to a full schedule at my university in America, and interning kept me busy and immersed in Italian culture, while giving me international work experience to add to my resume.

Overall, I would definitely recommend IES Rome. The center staff are wonderful and extremely helpful, and overall the professors were excellent. Rome is a chaotic city and can be extremely overwhelming, but IES's smaller community makes the experience that much more manageable.

Why did you decide to study abroad with IES Abroad in Rome, Italy?

Carolina: After a very extensive search of study abroad programs, I found that IES was the only program that fit all of my priorities. I knew I wanted to study abroad in Italy but I wasn’t sure of the city yet so I looked into just about every study abroad program offered all over Italy. First, I knew I absolutely wanted a homestay because I wanted to immerse myself as much as possible. Second, I wanted a program that would allow me to advance my study of the Italian language and culture through coursework and outside of classes as well. IES Abroad offered courses in both Italian and English, so I knew I would be able to advance my study of the Italian language in various settings. Third, IES also offered an internship, which was also very important to me.

I also knew I wanted to intern with Slow Food since I am very passionate about food issues and Italy is the birthplace of the organization. Finally, IES offered courses in International Relations, which would allow me to advance in my coursework while abroad. 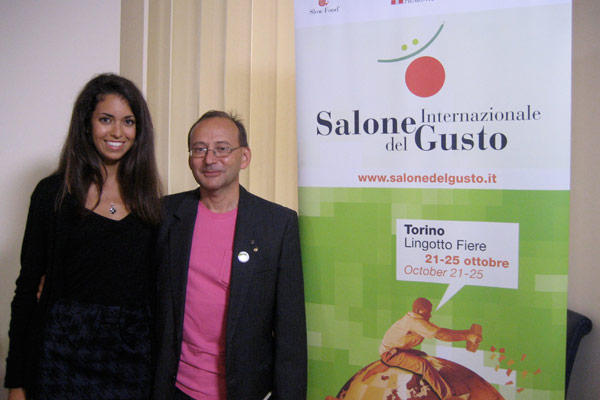 Why did you decide to study in Rome, Italy?

Carolina: I chose to study abroad in Rome because it is a big city with many opportunities and I knew I would always have plenty of ways to immerse myself in the culture. I was aware that it is also a popular tourist destination, but I had previously been to Rome and really liked the small bits I had seen of the city. Climate is also quite important to me since I am a native Floridian, so I didn’t want somewhere that would be too cold. Rome is central Italy so the climate was just right. I also didn’t want too small of a city where I would be isolated and limited in my traveling. With two large airports and several train stations, it was very easy traveling to and from Rome during my stay. I also did not want a small university town with a high concentration of foreign students because I did not think this would be the best way to immerse myself in the Italian culture. Finally, Rome is a beautiful city and has a certain enchantment about it that just called me back. I only spent a couple of days there when I visited prior to my semester abroad, but I knew that I wanted to go back for more.

Tell us about a particular highlight from your time abroad.

Carolina: My internship was definitely one of the biggest highlights from my time abroad. My first day on the job, I was asked to go to a Slow Food press conference, but I didn’t realize it was an international affair! I was helping at the registration desk and media and representatives from all over the world were arriving. All of a sudden, my boss told me that Carlo Petrini, the founder of Slow Food was sitting over on the couches across the room. He was just sitting by himself and I could not believe that more people were not rushing to talk to him.

After everyone arrived, I was able to go into the conference room and listen to Carlo’s speech. He is a brilliant speaker and a very humble individual. After the press conference, I had a chance to meet him and talk to him. He insists that everyone call him Carlo. I could not believe that I was meeting one of the people that I look up to the most and that he was so humble and down to earth. 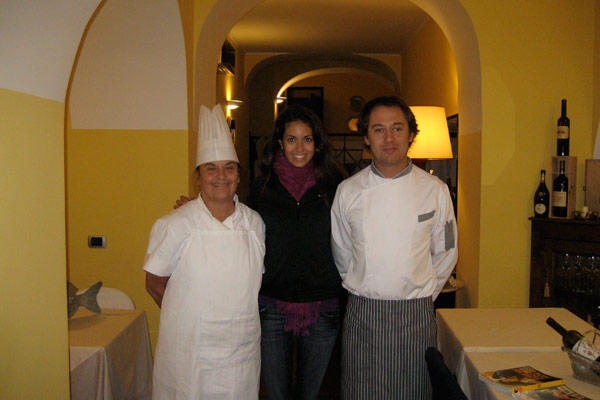 Carolina: My internship challenged me to learn about food issues in Italy and connect them back to those in the United States. I also learned the technical language necessary to discuss these issues in Italian. Seeing the Italians’ incredible commitment to local food systems reinspired me to bring back that passion to the United States. I translated my experiences from Slow Food Rome into becoming the US Ambassador to Slow Food Rome and created a link to the Slow Food chapter in Memphis. I organized Memphis’ first “Slow Food Dinner” modeled after the Slow Food dinners in Rome, a five-course plant-based meal with all ingredients sourced locally. Hosting the dinner at a local Italian restaurant with Italian flavors was a tribute to Slow Food Rome and Italy, while sourcing locally was a tribute to Slow Food Memphis and the United States.

END_OF_DOCUMENT_TOKEN_TO_BE_REPLACED 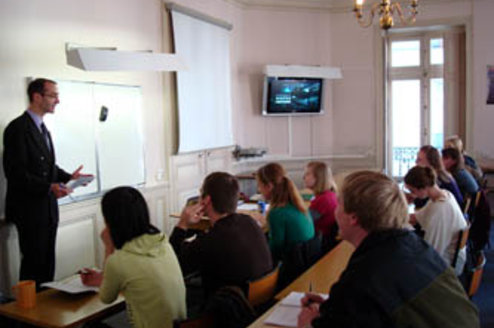 The IES Abroad Nantes Program has two important goals: to improve your... 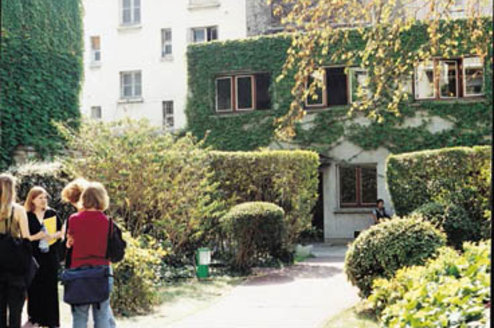 Imagine practicing your French as you order a pain au chocolat at your... 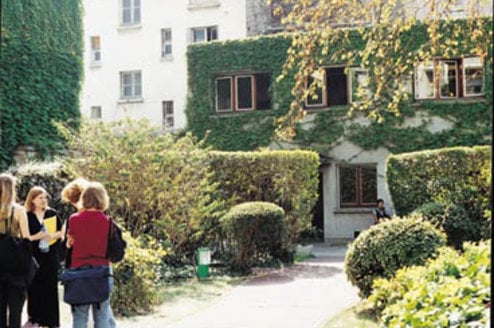