Hike up and over Salkantay Pass on this less-crowded alternative trek to reach Machu Picchu. Gaze up at the pristine Southern Sky during two nights of camping, marvel at snow capped peaks, and take in awe inspiring views of the lush valley below from the top of the pass. Visit local markets, temples, and stay overnight with a family in Lucmabamba to learn how to cultivate and roast coffee. Explore Cusco, the Sacred Valley, and the world-famous archaeological site of Machu Picchu. 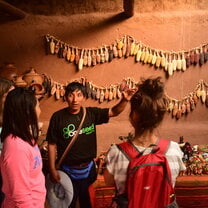 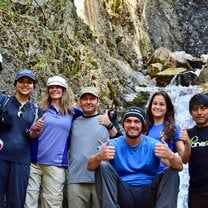 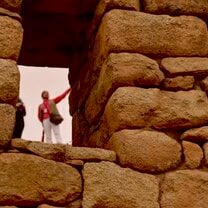 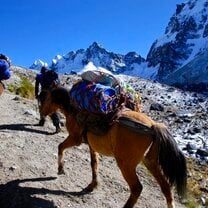 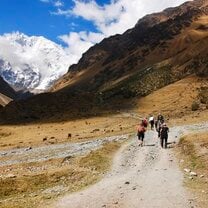 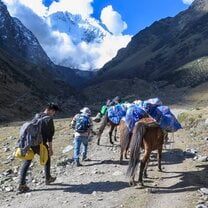 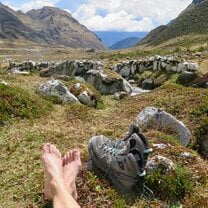 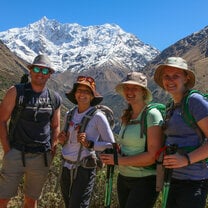 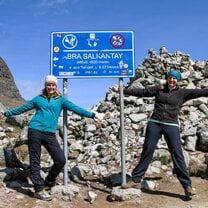 Everything about this trip - from our awesome guide, Edgar, to the delicious and plentiful food on the trail - was exceptional. I was mainly drawn to this trek because of Machu Picchu, which was incredible, but the guide's attention to detail, the trek up Salkantay Pass, camping under the Southern Sky, the visit to Freddy's coffee farm, and the people I met on the trip almost overshadowed the visit to Machu Picchu. Our guides kept morale high when the trek got more difficult and were all local to the area so they knew a ton about the culture and history.

Great to know that 10% of the trip also goes back to local entrepreneurs in Peru, and that OneSeed pays all of the guides and support staff a fair wage as well. You could really see how grateful the entire staff in Peru was to be working for OneSeed.

What was the most unfamiliar thing you ate?
We stopped by a brewery which sells a fermented corn beverage which I think was called Chicha. We had the option to try it (or not) and it was actually really good! The brewery also raised Guinea Pigs, 'cui,' which are roasted and eaten on special occassions. I did not try cui on the expedition, but did have a chance to try it in Lima after the trek. It was actually pretty good!
7 people found this review helpful.
Helpful  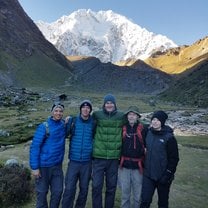 OneSeed Expeditions operates hiking, trekking and backpacking trips around the world and offers a new way to travel. We partner with local communities to ensure that tourism revenue goes directly to the guides, porters, and local entrepreneurs. Through the OneSeed Fund, we invest 10 cents of every dollar into microfinance initiatives that provide... END_OF_DOCUMENT_TOKEN_TO_BE_REPLACED 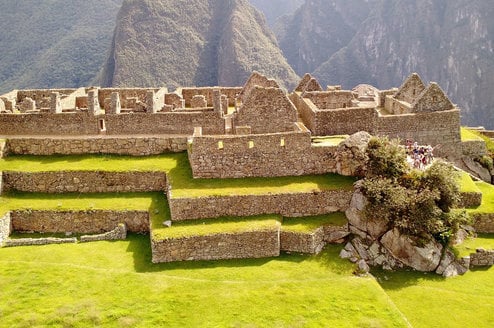 Peru
10.00 •1 review
Travel back in time with Worldaway Tours to Ancient Peru: the Land of...
View Program Peru
New Program
If you find yourself feeling a little overwhelmed by the thought of...
View Program 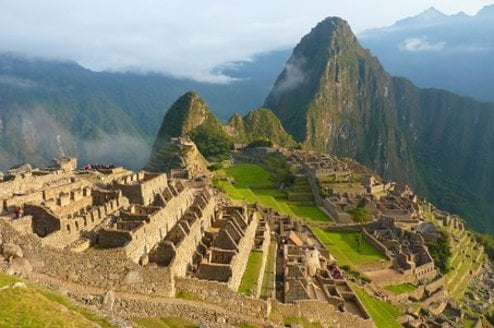 Peru
Considered one of the most famous archaeological sites on the...
View Program