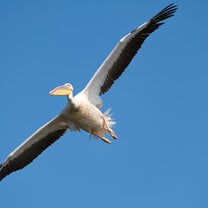 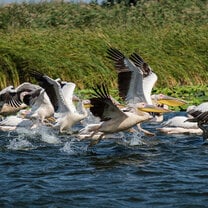 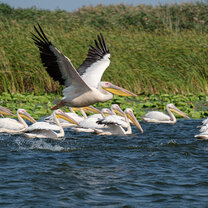 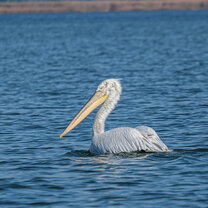 The Danube Delta is regarded as one of the largest wetlands (2861 sqm) and the most extensive area of compact reed beds in the world.

With more than 1200 species of plants and trees, 331 species of birds(12 species are protected by law, declared "monument of nature", because they are endangered), 100 species of fish, the Danube Delta is home to 98% of Europe's aquatic fauna (3400 species).

According to the geographical origin, birds belong to the following types: European, Mediterranean, Siberian, Mongolian, Artic and Chinese. Migration takes place in the South-North direction during spring, and the North-South in the autumn.
The Danube Delta is the most representative delta ecosystem in the world, and the third area as biodiversity, after The Coral barrier - Australia and The Galapagos Islands - Ecuador.

Adventure trip to Transylvania in 3 days from Bucharest

Very good meal, especially fish soup. You can eat other things (chicken), but fish prepared like in Danube Delta is rare to find.
Birdwatching was excellent, I took a lot of photos in this trip (about 800 each day). The guide showed us a lot of places, I estimate we made 100 km in 5h30 each day. We chosed how long to stay in each place, depending of birds we saw.
I was with a group of friends, I recommend this, because boats are for 8 persons (plus the guide). We were in 2 boats.
I recommend visiting Danube Delta at least once, probably you will come back.
I was there in 2018 and 2019 and I will come back for sure.
The best periods are in spring and autumn, you should reserve in advance. It is not a last minute trip, it was planned long ago.

What is your advice to future travelers on this program?
Reserve in advance, there are not many location like this and the trip should be planned.
3 people found this review helpful.
Helpful 

Great boat tour; beautiful sunset; nice place; very good food; if you are with the right people you can have the best time; lots of places to visit near by; may is a great period to visit; beautiful birds to see on the boat trip on the canals; very nice people willing to help; nice stories to listen about the area and locals; you can take beautiful pictures there which will result in an incredible album to see after years; the location is quite; Peonies reservation is near by; Enisala Caste is worth visiting; Mahmudia is a clean town; you can take your time and enjoy the sun walking; you can also go fishing and enjoy the time with the friends; if no fish then you can buy it from locals at a very good price; I recommend a visit here anytime of the year

What was the most surprising thing you saw or did?
Aside from amazing sunset the birds and flowers were a beautiful sight;
3 people found this review helpful.
Helpful 

We are a young family with two children, who decided to go back home, closer to nature, to traditions and healthy culture. "Bunica Maria" is a beautiful property, located 200 meters from the Danube River bank-Sf. Gheorghe Arm, in the village of Mahmudia, the gateway to the Danube Delta, Natural Reserve and bird paradise. Built in classical style... END_OF_DOCUMENT_TOKEN_TO_BE_REPLACED 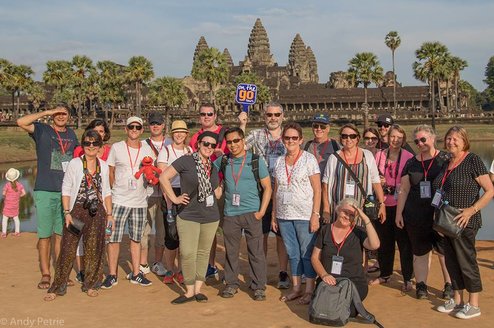 Wishlist 
On the Go Tours

Multiple Countries
Our tours to Eastern Europe cover some of the region's top sights from...
View Program 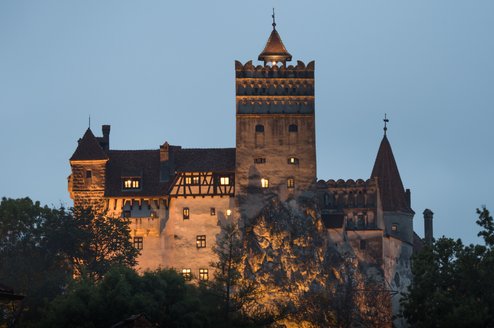 Adventure trip to Transylvania in 3 days from Bucharest

Romania
On this tour, you'll have the chance to taste artfully cooked Romanian...
View Program 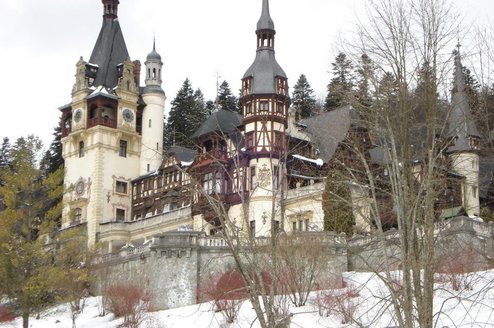 Romania
There is a wide range of choices for mountain biking in Romania. The...
View Program