Make a REAL difference in South Africa with Love Volunteers!

What is the age requirement?

The travellers should be between 16-70 years old. Hope that helps!

My sister and I recently completed a two week placement at CROW, and it was absolutely AMAZING!
The CROW team were fantastic and we felt at home right away
One of the best things about the experience was that every day was a new adventure, you never knew what might happen, what rescue you might get called out to help with, what animals might be brought in...
Everything was very hands on and we were able to get involved in a wide range of activities, while at the same time the CROW staff always maintained the approach of keeping the animals wild and ensuring they didnt become 'humanised'
That was one of the best things about CROW - they actually rescue AND release. Everything that can gets release back into its natural habitat
Our experience coudlnt have been better! We are already planning the next trip back!

Working in a township school in South Africa was a life-changing experience where I discovered that hope, determination and laughter can rise out of poverty and adversity. I learnt to look, to notice, to contribute, to let go of my ideas about why I was there and work out what was needed most, moment by moment. It wasn't easy, but I gradually got the measure of how to give child-centred help, support, teaching and fun. I was there three weeks but left feeling I had made links and connections with children and staff that were years deep. I shall never forget them and be eternally grateful for what they taught me.

What would you improve about this program?
Program could use the Travellers' students ideas and experience to identify allocation of charitable funds to the schools concerned. Having worked in a school, the students know what the school's needs are. In that way, the circle of support could be complete.
Did you find this review helpful?
Vote up! 0
Vote down! 0

This was a hands on experience working with animals who are injured and in need of care with the hope of returning them to the wild. I really enjoyed the hands on care I was able to give the animals. It is physical work, but very rewarding. I was able to work with and learn about so many animals. Some highlights were the baby mongooses (they crawl all over you!), two baby baboons, monkeys, a sweet meerkat and numerous birds. I did this program for two weeks and I was happy to have a room mate the second week. We then planned day trips to see the local sites in South Africa. Overall the program was very rewarding and a valuable experience.

I had a fabulous time on this project! I spent 3 weeks at 2 different nearby wildlife parks. The parks are all participants in a program where they collect data for research to gain understanding in animal behavior, ecosystem management, population management, etc.

On the typical day, we would go out in the truck with our own personal guide (there are only 4 volunteers at a time at each of the parks so it is very personal!). We would use radio telemetry (the equipment looks like a TV aerial) to find the wild dogs. Wild ogs are an endangered species that had been wiped out of the parks, but the packs we followed were from a breeding program that had recently released them with radio tracking collars.

Our job was to monitor the dogs and record notable behavior of each individual. After that, we would go in search of several different cheetah, most of whom were also collared. Every day we saw more and more of your typical African animals on our way to another area of the parks, such as elephant, rhino, zebra, giraffe, wildebeest, warthog, and even some hippos when we went near the rivers.

We often found the cheetahs fairly easily from the truck and could get close enough to get some fantastic pictures. There was a set of brothers that stuck together (names Starsky and Hutch) and we often found them lounging over one another. One time, we came up on them in the brush on the side of the road (after passing them several times looking for their radio signal). They were working on a fresh impala kill and it was amazing to see! We were so close that I got the most amazing pictures!

Another notable experience was when a white rhino (the endangered one) got its leg caught in a poachers trap. A vet flew in in a helicopter to dart it and then we went in on foot to assist the vet in removing the trap. We poored water over her to keep her cool and covered her eyes to keep her calm. We got some awesome photos here as well.

Aside from my close encounters with cheetah and rhinos, the best part of my trip was meeting a lifelong friend. Since she is British, we have decided to meet up on a different volunteer project every 2 years to keep in touch. We both had such a good experience through Travellers, that we will definitely use them again to help plan our trip!

I would definitely reccommend this placement to anyone who does not want the typical resort and safari feel. I did this trip along with a lion conservation project in Zimbabwe, and they were both much more personal than your typical tourist safari (and they cost less too)!

This experience will change you forever. The only danger of this place is that you lose your heart in Zululand and all you want afterwards is to come back!

Established in 1994 and with a 20 year unparalleled record of safety, you can be confident that your placement will be the ideal environment to nurture your personal and professional development.

You will be following in...

END_OF_DOCUMENT_TOKEN_TO_BE_REPLACED 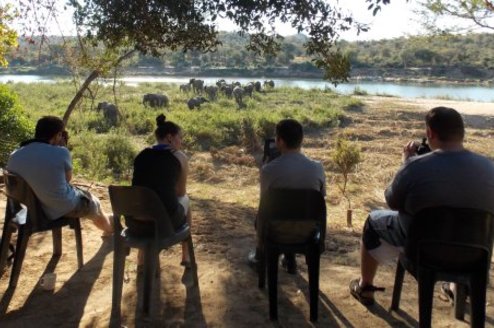 Operation Wallacea is a research and environmental organisation... 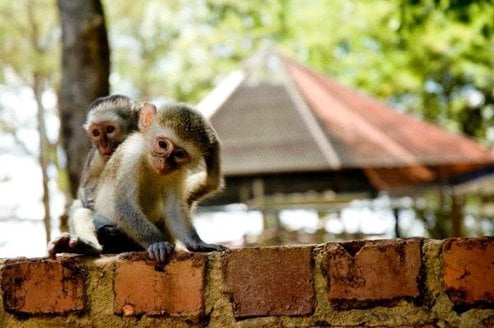 Become part of a lifesaving journey for young monkeys and baboons in... 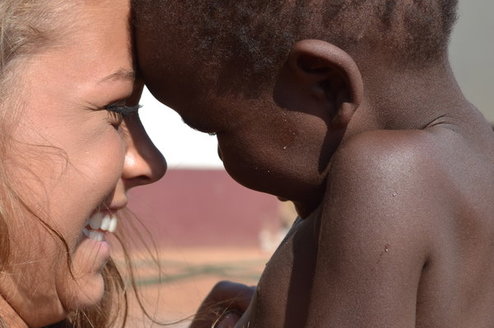 South Africa is renowned for its vigorous culture, sweeping landscapes...