Do you want to support conservation initiatives focused on the protection of wild elephants while volunteering abroad? IVHQ is the world’s most trusted and affordable organization for Family Volunteering, offering the largest range of safe and impactful family volunteer projects in over 50 destinations around the world. Over 110,000 travelers have volunteered abroad with IVHQ over the past 10 years, making IVHQ the world’s most experienced volunteer organization with the best safety record. With program fees starting from only $180, IVHQ makes organizing a family volunteer vacation easy and affordable.

IVHQ's world-leading volunteer programs have reopened in more than 30+ countries with additional health and safety measures in place. Thanks to IVHQ's flexible booking policy, it's free to change your dates, volunteer program or destination if your plans change.
Learn More
9.5 Rating
based on 2 reviews
Leave a Review
Showing 1 - 2 of 2

This was my first volunteer experience and I volunteered in Sri Lanka for 6 weeks this summer and it was one of the most incredible experiences I have ever had. The staff in Sri Lanka at Green Lion were always helpful and answered any questions the volunteers had. Orientation week gave me the opportunity to learn about Sri Lanka and experience the culture of the island in person. At the elephant project it was amazing getting to record information about the Sri Lanka elephants. The human elephant conflict that is happening in Sri Lanka is a serious problem and everyday at the elephant project you get to witness aspects of the conflict. I highly recommend this project to anyone who wants to see elephants in their natural habitat and learn more than you ever imagined about elephants.

During the month of may 2018 I went to Sri lanka to participate in IVHQ's volunteering program. This was my first time traveling alone. IVHQ gave me that opportunity to travel alone and made sure I never felt unsafe.

With IVHQ you can decide at the moment itself what kind of program you want to do, and also you can switch right before the program starts if the program is not a good fit. I switched at the last moment, and it was the best decission I could have made. The switch I made was from rural development to the elephant experience. I don't think many people can say they have been on a stroll with an elephant. Especially with that program I felt like I was making a difference, I actually helped. We fed the elephant and cleaned it. The elephant was rescued out of the jungle where she was forced to do hard labour. Because of that she is not unable to ever live outside of captivity.

IVHQ gives you a very good value for money, you don't pay that much, but then again it's not very luxerous either. Not that you need much more than they offered. I really liked going back to the basics. Sleeping in bunkbeds, eating local food and not having wifi. You we're really away from where you live, but you also felt like you we're at home. Most of the volunteers are really openminded which is great for making new friends.

I would/ and already did/ recommend volunteering with IVHQ to everyone. It was an amazing experience and I can't wait to do another volunteer program.

What would you improve about this program?
The only thing I didn't like too much was the 8 o'clock curfew. I feel like safety is very important. But we're all adults and maybe a 10 o'clock curfew would be a bit better.
Did you find this review helpful?
Vote up! 0
Vote down! 0

IVHQ is the world’s most trusted and affordable volunteer abroad organization, offering the largest range of safe and impactful volunteer programs in 50+ destinations.

Over 113,000 travelers have volunteered abroad with IVHQ over the past 13 years, making IVHQ the world’s most experienced volunteer travel organization with the best safety...

END_OF_DOCUMENT_TOKEN_TO_BE_REPLACED 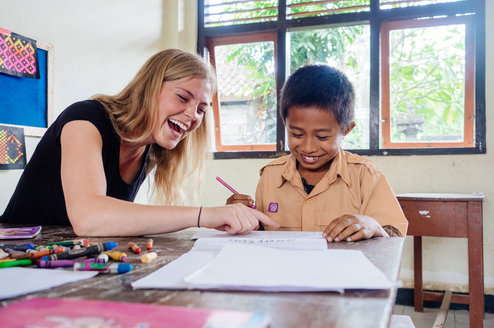 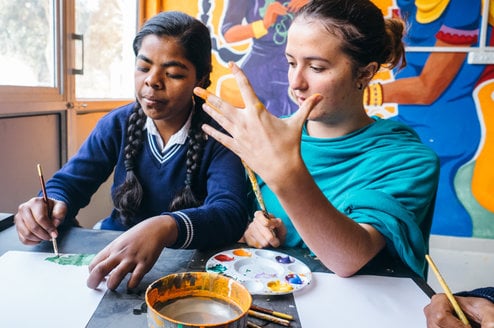 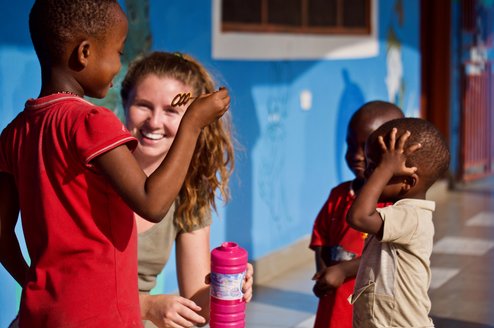 Are you ready for a meaningful adventure in Ghana? Then join...