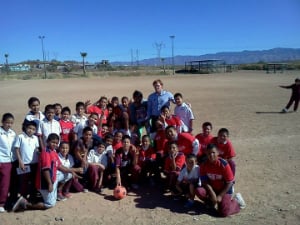 Give us a little intro

Right before joining Up with People, Luis Daniel graduated as an Industrial Designer in 2013 from Monterrey Tech (ITESM) in Querétaro, México, where he is from. He now works as UX/UI designer in a software company in Denver, Colorado, USA, thanks to connections he made during his travels.

I didn't want to settle for a common job right after graduating so I was looking for a Social Design program abroad, where I could join a professional and multi-disciplinary team to work on impacting people's quality of life. I did not previously know about Up with People, but my best friend who had just joined told me how it would fit my expectations perfectly and convinced me to join too.

To do it, just do it. Against all fears and excuses we and others say, nothing will be like it. It requires a shift in how we think and lots of courage, but once the first step is taken, there will be no turning back and that fact both motivates and pushes you to not rest until you're in that first plane.

Take it easy because A LOT will happen so don't think about it too much and just let things take their natural path. However, do try to talk to as many different people as possible and to apply for internships. Whenever there is something that can be done, do it, "dance every dance, take every chance". 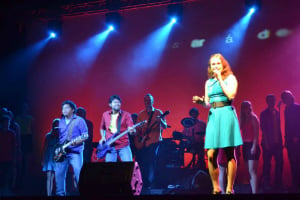 Stories about the musical show are the best, especially those where things go wrong - but not to complain, but of how we as a cast came together and made it through. Nothing bonds a group of 100 people more than overcoming hardships together. We overcame a flooding venue, played completely live when our backing track died, came up with alternative costumes when the regular ones were late in another flight, survived a hole when the stage broke, etc!

Write & answer your own question!

Question: Why is Up with People different from other gap year programs?

Answer: You don't have to choose between: studying abroad and getting credit; traveling for fun and with friends in more than 5 countries; staying in people's houses and knowing their culture and way of life first-hand; dancing, singing or playing in a musical show; volunteering to improve people's life; having an internship in marketing/business or even performing arts production; and meeting the best friends of your life who also happen to be all around the world, so you'll always have someone to relate to when you think about a certain region or country.

Are you ready to turn your dream of travel into a reality? Travel with purpose. Volunteer around the world. Perform for thousands. Up with People on Tour provides a multi-destination gap semester (5 months) or full gap year experience where the young adults can take their passion of travel...