Skip to main content
Lauren is currently completing her last year of high school at an international school in Tokyo, Japan. She is Japanese and American, and her interests include history, art, English literature, and international relations. 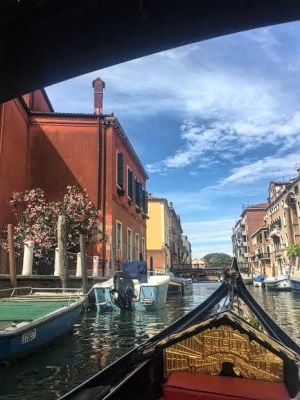 When deciding what I wanted to do with my last summer as a high schooler, I set a considerably low bar; I wanted an experience unlike any I've ever had. At that point, I was halfway through the higher level Visual Arts course of the International Baccalaureate and was intrigued by the prospect of expanding upon my knowledge of art from a more factual standpoint.

The thing was, although I had been making art for as long as I can remember, I had rarely studied the history and terminology in art as an area of study. And what better way to amend this negligence than to visit the centre of art history itself? The combined Northern and Southern Italy courses delivered exactly what I ordered: both a crash course in art history and an experience of a lifetime on a silver platter.

The people at AHA offices helped me organize practically everything I needed. My flight itinerary is never as simple as chucking myself on the pre-arranged group flight, and I needed to organize a flight from Tokyo to Venice, executed near flawlessly in order to rendezvous with the group.

Yet the organization of the program provider made the process as painless as possible, and I was able to get to Italy and back without any hiccups. The AHA staff were incredibly accommodating to my various travel arrangements and just made everything so simple!

Come with an open mind and an empty stomach! On principle, if you're considering a trip abroad, it's likely that you're open to other cultures and customs. As a third culture kid, I've been brought up experiencing a myriad of cultures, but I know that it's not uncommon to feel somewhat isolated when you're in an unfamiliar country, in a new playing field with a different set of rules.

But the most important piece of advice I can give you is to let the culture absorb you: don't force it to bend around you, you need to bend around it.

Encounter an exotic dish you've never tried, let alone heard of? Try it. Don't know how to say the magic words in the language? Learn them. You won't truly experience a culture unless you let it, and if it impinges upon your comfort zone? All the better.

If there's one thing I can tell you, it's that not a single 'average' day goes by on this program. The days are filled with wandering down small cobblestone roads, leaning on the bar sipping on a cappuccino as true locals do, frantically debating in hushed tones while the paintings on the walls watch, practicing your professional museum glide as you scrutinize a masterpiece.

It's four weeks of chatting over overflowing plates of pasta and glasses of wine, stumbling into hidden churches and hastily wrapping your designated museum scarf around your knees, hosting your own personal spritz competition as you travel across Italy.

There were days when I woke up at the crack of dawn to watch the Mediterranean turn pink under the sunrise with friends, and others when we wove through crowded Roman streets, Venetian fans fluttering to cool ourselves down. Everyday had a different kind of magic to it. 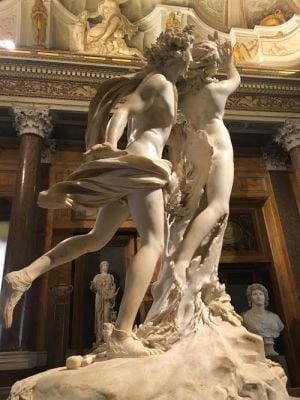 My primary concern before going abroad on this trip was whether I would have anything in common with the other students on the program. As someone who has never taken a solid art history course before, I was concerned that I would fall behind in discussions and the chance to see masterpieces would be a wasted opportunity without a certain prerequisite understanding of art history.

I consoled myself before the trip, telling myself that even if I didn't understand the art, that I would be in Italy with the art. After completing the program, I think that although the academic side of this trip was a definite focal point, that it wasn't the only thing that mattered. For someone like me, who loves art, it's enough to be in the close proximity of masterpieces, whether or not you understand the specific brushstrokes the artist employs or the state of the Catholic Church at this point in time.

In any case, the academic aspect should not be daunting, because odds are there are others in the same boat as you. Instead of agonizing over the finer details, I learned to just breathe in that museum-smell and appreciate the art.

On our last day in Rome, an early flight to Palermo awaiting us the following day, two other students and I decided to visit a volcanic lake about an hour's train-ride away. Lago Bracciano was very much in the countryside, and before we left, we promised our tutors we would be back by six, in time to join the others for a picnic overlooking Rome.

We arrive at the station after a taxi driver miraculously understands our broken Italian, twenty minutes before the train's departure. As what I've come to find somewhat typical to Italy, all the ticket machines were broken save for one, which hosted a queue of at least a dozen people. The clock was ticking; the train was roaring towards Stazione Roma Trastevere as we spoke. By a stroke of luck, we yanked our tickets out of the machine with barely three minutes to spare, sprinting to the platform and boarding the train to Bracciano.

We arrived at the lake without issue, and spent a well-deserved afternoon lounging on the black-sand beaches and swimming in the cool water. Deciding it was time we head back to the rest of the group, we strolled back to the station. Little did we know that getting back to Rome was easier said than done.

Jumping onto the train that had pulled up at Bracciano station, we settled in for the hour long journey. After a few minutes, we looked out the window, noticing that the already considerably barren countryside was fading into increasingly more barren countryside. Panicking, we asked the nearest passenger if we were on the train heading towards Rome, and then came the inevitable, heart-sinking response: no. We hurried off the train at the next stop, a very small, very empty station called Manziana Canale.

Slightly ruffled but not dispirited, the three of us sat on the single bench that adorned the bland station and waited for the next train in the opposite direction. When an hour had passed, it was dawning on us that we might have a little bit of a problem. Finding the whole situation slightly hilarious, my friend dialed the program leader's number, the phone ringing twice before he answered. I heard his muffled voice on the other end of the line once she'd explained our situation to him. There was a pause. Then some more muffled conversation.

She hung up. "Apparently the Italian trains are on strike, and the next one back to Rome arrives at 10 PM." It was seven.

I looked around the train station. We were surrounded by trees and empty road, not a house nor building in sight. Rounding the train building, we carried ourselves up a slight hill, shrouded by trees as the last of the Italian sun dipped behind the leaves. Halfway up the hill was a parked car, a man shuffling around in the front seat. Deciding this was a good opportunity to ask for any alternative methods of transportation, we caught his attention.

"Where are you headed?" he asked.

He tipped his head back and laughed, loudly and indulgently, like we had just said the funniest thing he had ever heard. "Walk that way a couple hundred kilometers," he pointed behind him, clearly enjoying himself.

Unsatisfied and with a few hours ahead of us to kill, we continued up the hill until it began to plateau, opening up into a park. The twinkle of fairy lights winked from where they were hung up above our heads, casting a warm yellow glow atop the milling crowds and children weaving through the figures. Tents were thrown up around the park, housing barbecue grills billowing smoke and ice coolers brimming with water.

A live band played as people danced, talked and drifted. The mid-summer festival we had stumbled upon was in full-swing, seemingly everyone in the small town of Manziana congregating in the central square.

Overjoyed that we didn't have to suffer in the train station for the few hours before the train came, we joined the crowds. Finding a cute little cafe and picking up some treats, we wandered down the small streets of Manziana and the crowds slowly thinned before we walked back to the illuminated square. We danced, sang along to music, and chatted while the hours flew by and the sky had turned a deep blue.

Careful not to miss the train back to Rome, we slowly meandered through the crowds and back down the hill, laughing as the music faded to a whisper and the lights were swallowed by the trees. The last thirty minutes waiting for the train were spent dancing to music in the empty station and laughing about how the hell we ended up stranded in the outskirts of Rome on our last night in the north. The train's headlights lit up the tracks as the train hurtled into the station, car after empty car whizzing by us. It slowed, and we let out an exhilarated cheer as we got on board back towards civilization.

Pulling into Stazione Roma Trastevere at midnight, we grinned in relief. We'd missed the picnic by a solid five hours, but we could still make it back in time for our final goodbyes.

Dropping our bags onto the table at the bar, we slumped into chairs as our tutors laughingly demanded to know all about our little adventure, telling us how close they were to renting a car and driving all the way out to get us. We celebrated our return to Rome with a round of drinks and a glorious retelling of our experience in the 'Roman wilderness.'

Reveling in the buzz of conversation and sound of ice clinking inside glasses, I felt content. I was given the opportunity to delight in an accidental expedition, and I realized that I was now well-versed in the delights of accidents. That, and the unreliability of the Roman metro.

If you are between 17 and 22, AHA's 2-4 weeks courses are a brilliant way to pass some of the summer while doing something worthwhile and of real value. Study many of the greatest works of art on site while travelling through Italy. Carefully structured, this course is an excellent overview of art...