Why did you decide to study abroad with Academic Explorers in Beijing? 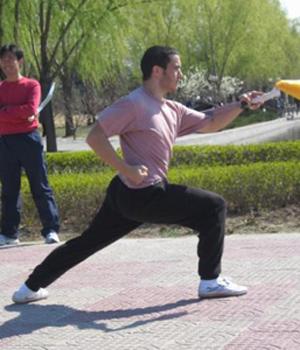 Andrew: I chose to study abroad with Academic Explorers because I wanted an authentic kung fu experience. I had always dreamed of practicing kung fu just as the Shaolin Monks practice, and so I never practiced in the U.S. because I thought most of the schools added an American flavor to kung fu. That’s fine—American schools certainly have their advantages, but my dream was to immerse myself in kung fu along with the culture.

I knew I had to travel to China to get that kind of experience. I was right. My teachers were all Chinese. They barely spoke any English (I’ve revisited them numerous times since, and their English has improved drastically), but they had all studied at extremely prestigious kung fu schools around China. They knew what they were doing, you could tell just by watching them move.

It was breathtaking to watch the master demonstrate a Tai Ji form. He was so fluid and graceful, his whole body moved as one—he looked like a wave, building and building until all his power and energy crested into an amazing punch or kick. It truly was beautiful. I remember thinking: “That is real self-expression, the language of the body and mind transcending the limitations of the tongue.”

The instructors made kung fu look easy. But they were just as committed to teaching me as they were to their own practice. They really pushed me, urging me to improve under their guidance. I practiced for around four to six hours a day—that is real kung fu! 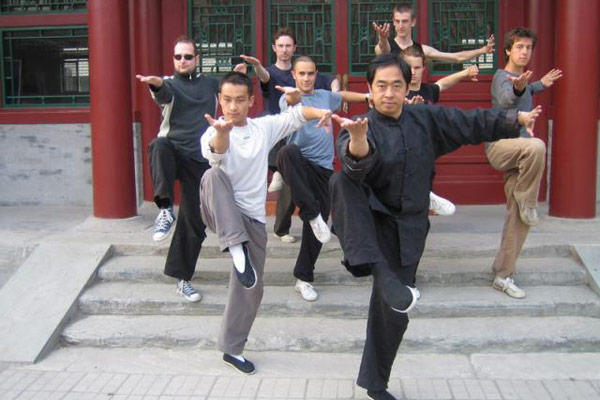 Andrew: The people. And the immersion-style learning. Like I said, the instructors were amazing. They were highly-skilled, incredibly committed, very helpful with all things Beijing, and super fun to be around. What’s more, they always paired kung fu lessons with Chinese culture. So you learned the history and philosophy of the kung fu that you were practicing. Even the language.

To that end, Sabrina’s Chinese lessons were also amazing. I really learned an immense amount of Chinese in the three months that I spent in Beijing. We studied Mandarin with the same assiduousness that we studied kung fu—the immersion approach really is the best way to make gains, and quickly.

I went into the program with Spanish crashing around my brain but left with Mandarin. There wasn’t even a question about whether or not I would pursue Mandarin at college—the language was so interesting, and it was the key to the culture that had so intrigued me.

The instructors and Sabrina also had pretty cool connections that made for interesting events and traveling. We got to watch a bunch of renowned calligraphers perform their craft in person, for instance. They even let us try our own hand, and they made each of us a scroll at the end.

We also visited a kung fu school around the Shaolin Temple. The students put on a special performance for us, and we even showed them what we had been learning in Beijing. After that we checked out the Shaolin Temple itself and got to talk and hang out with some of the monks. There were always fun adventures to be had. 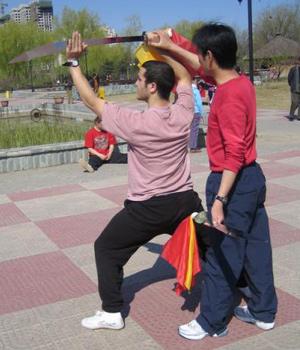 Andrew: Academic Explorers literally altered my future. Since I returned from the program and matriculated into Colby College, I have returned to Beijing four times. I started studying Mandarin at school and even picked up an East Asian Studies degree. I had only planned on studying English and creative writing before I visited China.

I’ve even taken more than a few classes on Chinese literature and poetry that counted towards my English degree. I’ve also continued to practice kung fu (I’m currently learning a Shaolin tiger form). I feel at home in Beijing—I’m applying for jobs there and would have no problem living in China. It helps to speak Chinese immensely, especially when employers are looking at my resume.

What’s more, Academic Explorers helped me attain a strong understanding of Chinese culture. That can be extremely important in a business setting: there are a lot of taboos, things you just don’t do. And then there are other customs that you need to make sure you always heed. Little things, sometimes, but important nonetheless. At the root of all that knowledge, of this direction I’m walking, I find Academic Explorers.

Challenge your body and mind with martial arts and Mandarin Chinese language study! For over one thousand years, Chinese martial arts have inspired practitioners to bring the potential of the mind alive through rigorous physical training. Academic Explorers features exclusive access to personalized...