Skip to main content
Sam Ross is an 18 year old boy from West Chester, Pennsylvania just outside of Philadelphia. He enjoys speaking Spanish, taking photos, painting and chilling in hammocks. With a part time job, school, and volunteering his schedule is pretty busy so he looked abroad to expand his horizons.

Why did you decide to participate in a service learning program with GLA in Guatemala? 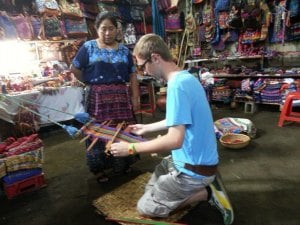 Sam: Prior to deciding on the Global Leadership Adventure's Guatemala trip I had expressed an interest to one of my teachers. Little did I know that this individual had a few connections to the program and suggested I check out their site.

During that time I began to develop a true interest and passion for foreign activity and culture as well as the use of languages, in this case Spanish. So I went to the GLA website, and I explored each and every one of their programs.

I requested a catalog and was able to narrow down my choices. I knew I wanted to improve my Spanish so a language based trip became very important.

Furthermore, I wanted to go to a place where I would definitely learn due to a lack of knowledge. In my education, Guatemala has been too often overlooked so I decided to delve deeper into a culture totally foreign to me.

The fact that service and volunteerism were also important elements really reached out to me and I knew then that this program would be the most beneficial to me and what I wanted to learn.

Describe your day to day activities on the GLA Guatemala program. 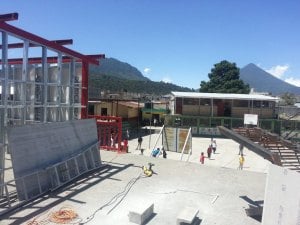 Sam: Each day I would wake up early so I could take a quick shower and read a little before anyone else really woke up. From there some of the kind staff would come in and greet me with a warm "Buenos Dias" and a smile.

Breakfast would be served shortly after and the group would eat around two tables and check what we would be doing that day. After everyone was set, we would all head out to the volunteer site and help out for a couple hours and play with some of the kids during recess.

Once we had done our work for the day we'd all pile back into our vans and return back home for lunch. After lunch, naps were had and lounging was normal.

After a while we would head out to Spanish school to sharpen our Spanish speaking skills. Classes were divided up based on beginner, intermediate, or advanced speaking levels and the ability to rise or drop in classes was normal and expected so a fit will be reached no matter past experience with Spanish speaking.

Once we all practiced a bit, an activity would be planned that allowed us to both practice speaking and delve into the local culture and tradition. Once we wrapped up, we'd return to base for debriefing or meetings with local figures.

Of course this schedule was for weekday activities, as weekends allowed for more time to travel and exploration with the group.

Sam: My town often feels like a bubble as not much happens and people tend to keep to themselves. During and after the trip it became so much more apparent that my world and the rest of the world are so much different, in a good way.

People can and will be kind and share what they think and feel with you. Too often it seems like people are caught up in the rat race lifestyle where I live, and the trip really helped me to slow down and enjoy what is around me.

I realized that happiness is not defined by what you do or do not have but rather what you do with it. Seeing people that were so kind and happy with so little, in comparison to my lifestyle, really made me happy too. I definitely appreciate everything much more after the trip. 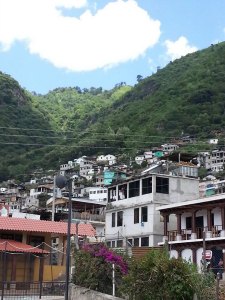 Sam: In the United States people of all cultures live together in a seemingly similar lifestyle but in Guatemala people were so proud and outstanding about their culture but never to the point were it became offsetting.

The vibrant colors, the intriguing scents, and the Guatemalan culture all stood out as a significant cultural difference.They hold onto their ancient roots in what seems like everything they do and I was astounded by that.

Being from a relatively young country, I appreciate my own cultural history by visiting museums, reading texts, and celebrating national holidays. In Guatemala every sight, place, and person felt so connected and in tune to this ancestral history that seemed to permeate into nearly every aspect of their lifestyle, including family.

Almost everyone I had the privilege of meeting seemed to be closer, more loving and connected to not only their loved ones but to random people, including groups of foreigners. The kindness woven into their culture is truly refreshing. 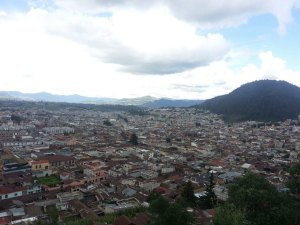 Sam: Prior to leaving on the trip I definitely had a vague future planned out for myself that involved heavy travel and interaction with those around me. I feel that this adventure reaffirmed those feelings for me.

I grew as a person, in part because of my opening up to groups of people I would regularly not have socialized with. By conversing with such varied people, I am now better able to connect regular occurrences in my day to day life to those events that I was so fortunate to partake in in Guatemala.

My goal to join the Peace Corp after college has never been so strong and that is in large part due to the GLA trip. I was able to get a sense of volunteerism and community that I could never have gotten anywhere else.

Furthermore, in the upcoming years I will be enter college as an International Relations major with a particular interest in Central and South America, where as before I simply wanted to explore seemingly without purpose.

Now, with with my adventure in Guatemala with Global Leadership Adventures, I feel purpose, a drive to reach my goals, and a new ability to connect with others.

Guatemala promises colorful adventure - and the opportunity to make an important mark on education. Spend your days in Xela becoming fully plugged into the local primary school and surrounding community, volunteering as an English teacher to the Maya children or helping construct a library...