Skip to main content
Raven is a veterinary assistant from Boulder, Colorado. She's traveled quite a bit and has volunteered quite a bit at home, but this was her first time combining travel with volunteer work. 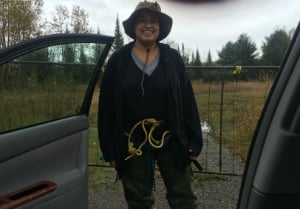 Raven: I've always wanted to go abroad to volunteer, but work was always an issue; it's hard to skip out for 2-3 weeks when you're full-time employed. But being in between jobs gave me the opportunity to finally do it--I had plenty of time on my hands and no boss to answer to.

Also turtles are animals we don't have in my dry, mountain-foothills home, so it was a chance to work with species I never get to see.

Raven: I've been lucky enough to travel a fair amount over the years, and the more places you go and the more so-called "foreigners" you meet, the more you learn that they're not really foreigners at all. 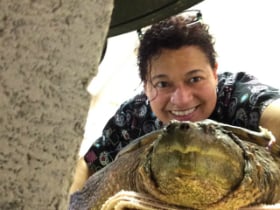 They're just like you: Their hopes and dreams, their needs and motivations, what's in their hearts, is so much closer to yours than you think. The similarities among people are so much more significant than the differences.

Raven: This trip gave me a chance to work hands-on with wildlife. Many of us never get a chance to get up close and personal with wild animals, as they're often either protected (i.e., we're legally prohibited from approaching them), elusive, or simply too dangerous for people to get close to. It was a huge honor to be allowed to help these creatures that I normally wouldn't encounter, and to learn about them.

And I wasn't just tucked away sweeping floors or filing papers, removed from the animals, either--I actually got to handle the turtles from day one. How cool is that? 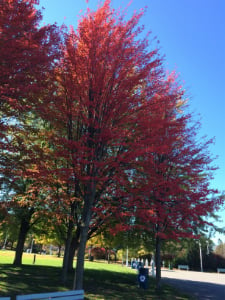 Raven: I live in an arid area in the American west, where water is scarce. My volunteer program was in the wetlands, a type of landscape that I've never seen before.

One day, I got a chance to go help the staff track some released turtles with a radio transmitter. You have to go out into the swamp wearing waders, which I've never even seen in person! It was pretty hilarious--I had to tie a rope around my waist to hold up the waders, since I don't wear belts. This being my first time hiking through a swamp, I only got a few yards in before I got stuck in the mud and had to use a tree branch for leverage to help pull myself out. The staff member I was with was so nice about it--she didn't even laugh at me!

Raven: I had suffered a trauma back home and was feeling defeated and low on confidence. Going abroad to volunteer in a new place, with new people, new animals, new EVERYTHING, gave me a chance to push the "reset" button.

Being of service to others and seeing an actual difference that my efforts made allowed me to come home with a shift in my mindset that probably wouldn't have happened had I stayed at home licking my wounds.

This busy trauma centre admits over 650 turtles each year, repairing shell injuries, managing wounds, incubating and raising hatchlings for release and nursing the turtles back to health. You can contribute to turtle conservation by volunteering at this turtle hospital and rehabilitation facility...