MaryRose is a senior linguistics major at Lawrence University. She is from Chicago and has traveled to 20 states in the US and 5 foreign countries. MaryRose's interests include language, culture, and history.

I knew from the time that I started college that I wanted to study abroad in some way. I wanted to learn about another country's history and culture firsthand, and experience a different lifestyle for an extended period of time. I decided to go to Spain because I wanted to improve my Spanish speaking skills. I had studied Spanish up to the AP level in high school, but only took one class in college. Exposing myself to the language constantly for a few months was surely a good way to pick up my skills. 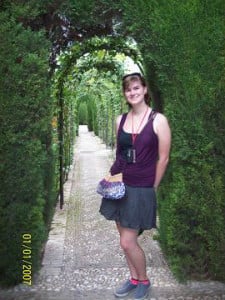 I chose Spain as opposed to a Latin American country because I wanted to be able to travel to other parts of Europe, and I was more interested in learning about Spanish culture. Once I had decided on studying in Spain, I had to decide where in Spain to go.

Granada was the last Muslim stronghold in Spain, and because of that, I had heard that it has a unique history and blending of cultures. The made Granada an enticing option for me.My university is affiliated with the ISA Granada program, so that made picking an individual program easy for me once I knew where I wanted to go.

Often I hear people talk about how traveling or studying abroad is one of the best, most exciting times in a young person’s life. This experience will inspire creativity and independence and wanderlust and an increased awareness of one’s own self. While all of these are benefits of studying abroad, they don’t come automatically. You have to work for it. Sometimes it’s hard to go out and experience all that the world has to offer. 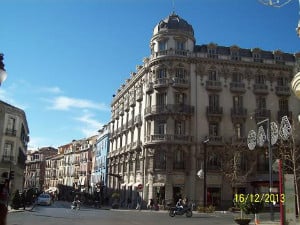 Because what these people don’t tell you is that studying abroad can be lonely. Sure, they’ll talk about homesickness, but this is different. What they won’t talk about is when you’re really happy to be where you are, but you just want to share it with someone you love. It’s hard to explore this fantastic new city all by yourself

Sometimes you’ll wonder if you’re doing study abroad all wrong. (Over a year after returning from Spain, I’m starting to realize that there’s no right way to do study abroad right.) You can be having the experience of a lifetime, and nobody to share it with. That’s really difficult. Despite this, it’s totally worth it.

Some of my favorite moments during my study abroad experience were when ISA organized hiking trips for the group. I am from the Midwest and had never even been in the mountains before, so hiking in the Sierra Nevada was a huge deal for me. The scenery was simply stunning, and the hikes were so exciting. 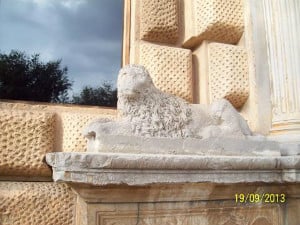 For our trip to Las Alpujarras, we had guides who taught us about the geography and the environment of the region, and we got to spend the night in a nice hotel in one of the pueblos of the region. It was really cool to be able to explore another area of Spain that was close to Granada, yet so different.

Our next hiking trip was even closer. Monachil is a town only a 15 minute bus ride away from Granada. We went there once for a hike led by our program leaders, and once to pick up litter for volunteering day.

Both places are really gorgeous, and the experience inspired me to seek out more places to hike in the United States and other places I travel to as well.

I participated in a theater club in Granada with students from all around the world. We met once a week and played improv games, which was a lot of fun for me. 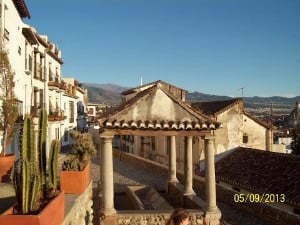 I had been involved in theater in high school and freshman year of college, but I wasn't pursuing it seriously. This was a good way for me to have a good time with something that was already a hobby of mine, and also get to know people from other countries.

Sometimes after the club we went out for tapas and to hang out together. At the end of the semester, we put on a performance. It was a challenge to memorize and perform lines in Spanish, but it was rewarding and so much fun.