Skip to main content
Roderick serves as Assistant Director of Investments and Business Development at Next Step Connections. Roderick a Singapore national who graduated with a bachelor’s degree in Business Administration from the National University of Singapore. His past work experience includes stints as a Business Development Manager at Sweden’s second largest personal care retailer, an Investment Banking Summer Analyst at a boutique Investment Bank in New York and a Marketing Coordinator at a Pharmaceutical company in Vietnam. Roderick also co-founded a social venture based in Hangzhou for the benefit of needy children in China. 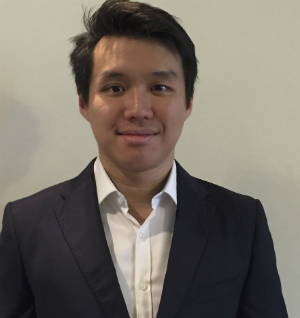 It's quite a close fight between Umbria (Italy) for its small town rustic charm and Tromso (Norway) for it picturesque nature.

But if I had to pick again, I'll choose the latter. On the first night we arrived in Tromso, we stumbled right into the northern lights at our hotel's porch. It was quite a spectacle. The next day, we did dog sledging up in the mountains. The view of the fords was breath-taking and nothing quite like what I seen before. Great scenery and even better company!

Shared vision is very important for a company. By building a shared vision, employees have a greater sense of ownership and contribute willingly as stakeholders in the company.

It's been an exciting and interesting journey thus far, relocating from Singapore to Shanghai. Still, it's early days and I wouldn't want to conclude too early!

Internally, we have a motivated and talented team on board. This is a big plus for me!

The best story by far is “Now What?”, a book written in 2013 by Monika Lutz, a current undergraduate student at Harvard University, and an alumni from Next Step Connections’ program. Monika was awarded NSC’s scholarship for outstanding young students in 2010. She spent three months interning at McCann Worldwide Group as part of NSC’s internship program. Her book based on her own story depicts a high school graduate who failed US University admissions’ tests and decides to travel the world to gain experience and learn about herself. During her travels, she received an admission offer from Harvard University and is still studying there at the moment.

Join Award-winning NEXSTEP Virtual Internships which was voted 2017’s most innovative internship program by goabroad.com at NAFSA in Los Angeles. As companies transition to remote work structures, it is likely future travel disruptions will be having a lasting impact on how work is conducted thus it...