Skip to main content
We recently chatted with the Assistant Director of ICADS, Kat Peters, to learn more about ICADS and the philosophy behind their study abroad programs. 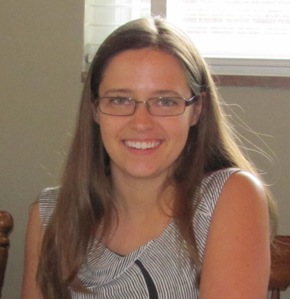 What position do you hold at ICADS? What has been your career path so far?

Kat: My name is Kat Peters, and I am the Assistant Director here at ICADS, where I also work with the Social Justice and Development Internship Program and other programs. I studied Spanish and International Service at Valparaiso University, and have worked in various immigrant communities before coming to ICADS, first in a community of Mexican immigrants in Indiana, and then with Nicaraguan immigrants here in Costa Rica.

The theme of migration is one of many issues that we look at at ICADS, as it brings together so many other topics, including global economic and political issues, cultural and language differences, education, youth, and more. I also have a Master's in International Education.

Kat: As an undergraduate I studied abroad here in Central America, where I took conversational Spanish classes, learned about economics, history, politics, and theology, while staying with host families in urban areas as well as more isolated rural communities in Guatemala, El Salvador, and Nicaragua. I was inspired to do the semester abroad after having visited Nicaragua on an alternative spring break trip, a trip that inspired me to want to really get to know people in Central America. I wanted to learn about how countries and communities deal with the effects of policies in large part promoted by the United States, such as military policy in the 1980s and 1990s, and the Central American Free Trade Agreement of today.

What separates ICADS from other study abroad program providers?

Kat: ICADS is always involved with exciting projects and programs in Costa Rica and Nicaragua, and we are constantly looking forward to learning alongside students and communities about efforts to appreciate and protect local resources, both natural and social. We so look forward to continuing to see the results of the mutual and long-term relationships we maintain with community partners throughout the region. These relationship have been built over a period of nearly 30 years, and we look forward to further accompaniment in the years to come. Another of the most exciting aspects of ICADS' future is the students who will be joining us in our learning. The research, work, and cultural learning that they will do is a great example of the intersection between passion, knowledge, commitment, and sensitivity.

Kat: We here at ICADS don't like to think about study abroad as an industry, where students are only being churned through a factory system of acquisition of transferable skills. Skills are important, and ICADS students use what they learn in their future research, community work and civic life. In addition, however, we at ICADS are working hard to contribute to a future of study abroad that emphasizes authentic cultural encounters, based on immersion experiences and guided by thoughtful and experienced mentors who can help draw out and challenge students. We hope that students learn; this learning is demonstrated, then, by change in behavior. We also hope students ask difficult questions: Why is the world the way it is? Who benefits from the status quo? How can we organize ourselves and our local resources to meet basic needs and protect our resources for future generations?

Costa Rica is perhaps best known for its ecological diversity and the abolition of its army. In lieu of a military, it has an "army" of teachers and healthcare workers, positioning Costa Rica uniquely in the region in terms of human development. In addition to internships in education and the public...