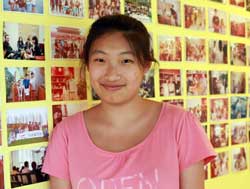 What position do you hold at That’s Mandarin? What has been your career path so far?

Gaoyi: I am a teacher at That’s Mandarin. Since graduating I have had four teaching jobs in total and my first part-time teaching job was during university where I taught Chinese as a foreign language for 2 and a half years.

I was then a primary school teacher for English classes and then for Chinese, so That’s Mandarin is my fourth job. I have been here for almost a year now and, after having several different types of job in the past, I know I really prefer teaching foreign languages.

Gaoyi: The Netherlands, also known as the ‘European Garden’ and ‘Windmill Country’, because it’s tourism industry is more developed and it’s well-known for its beautiful and pleasant tulip fields, the famous cheese town of Gouda and its historic atmosphere, due to the large ancient windmills which would be great for sightseeing.

It’s small but has one of the highest average incomes of all the countries in the European Union and I have heard that many people there can speak up to 4 languages each! 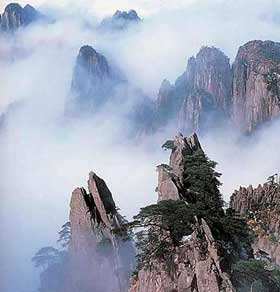 What was your favorite travelling experience?

Gaoyi: When I graduated from high school I went to Mount Tai. The mountain is very tall and large and all the trees have grown out of the cracks in the stone. It’s also surrounded by lots of cloud and smoke so it looks very spectacular, and especially magnificent when seen at sunrise.

At the top of the mountain the sky looked very blue and I felt surrounded by clouds, it was very peaceful. I also found the climbing very tiring so maybe that’s why it is so memorable!

What does your home-country’s culture value that is taught in your program?

Gaoyi: For the students that are complete beginners, and it is their first time learning Chinese, they want to learn simple ‘survival Chinese’ so we often teach content to do with restaurants in the first lesson and this includes ‘table culture’ which they can apply to daily life.

For example, in China you always let the guests look at the menu first, which usually contains cold dishes, hot dishes, soups and staples. We usually always order at least one meat dish and one vegetable dish and usually the number of dishes ordered must be even. After ordering the dish the host should always ask the guest what they want to drink first, whether this is a soft drink or alcohol.

By telling the students these things not only will they understand Chinese ‘table culture’ but they are also less likely to make errors when dining with Chinese people.

Gap year in China students can work with teachers to design a completely personalized study plan. You can choose to focus on whatever aspect of the Chinese language you most want to learn, or choose a wide-ranging approach that builds up a broad foundation of language and cultural knowledge. If you...