Skip to main content
Jonathan became Dean and Director in September 2010, having first joined ASE as a faculty member in 1995 while studying and teaching twentieth-century literature at the University of Oxford. He oversees all marketing and recruiting, and frequently represents the ASE Program on US campuses and at International Education conferences. Between frequent transatlantic trips, Jonathan writes poetry, practices yoga, surfs, supports Liverpool FC, and can be seen cycling at speed through the streets of Bath. 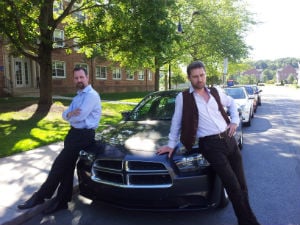 Sadly, studying abroad wasn’t an option for me when I was at college, but I did manage to travel plenty before, during and after I was a student! I spent 4 memorable months living in Valencia, Spain, teaching English, learning Spanish, staying up absurdly late and eating lots of paella.

I arrived during Las Fallas, a stunning street festival featuring the most spectacular fireworks displays, day and night, that I’ve ever seen. I took my fledgling Spanish to Buenos Aires, Argentina (where it did me little good, the local dialect was so different!) and later explored South Africa, Australia, New Zealand and the Fiji Islands – though it’s Europe I know best.

For me, the biggest attraction of travel, and of living and studying abroad, is that it compels you to look with fresh eyes at the world, at yourself, and at the place you call home.

What does the future hold for Advanced Studies England - any exciting new programs to share?

ASE has always been known for its rigorous academics, for its rich range of trips and visits, and for the stunning city in which it is based (some refer to us, simply, as ‘The Bath Program’). I’ve been excited to see how much the growth of our internship programme has added to the mix in the past 10 years.

In the next 10 I expect to see us develop a reputation as one of the top UK providers for students of Performing and Studio Arts. My father was an actor, and my mother a teacher and artist, so I’ve always had theatre and the visual arts in the blood.

It has been thrilling, in the past couple of years, to launch ASE’s inaugural Theatre Summer School and to offer, for the first time, independent studies and studio spaces to fine artists. There are more developments to come. 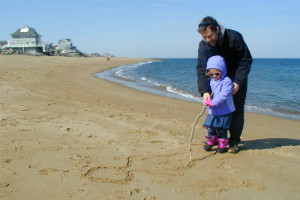 Through ASE’s Alumni Association, I’m lucky to have stayed in touch with many of the students who have passed through the green door of Nelson House. I’ve heard so many good stories that it’s impossible to pick just one. Many former students can trace what they’re doing professionally to their time in Bath, but probably my favorite tales involve great friendships... and lasting romances.

I sometimes joke that ASE is ‘a Marriage Agency thinly disguised as a Study Abroad Program’, and we do seem to have a disproportionate number of weddings to our name. One such couple became friends one summer, and only realized they’d fallen in love when they returned home.

Another former student met her British husband while learning to bell-ring at Bath Abbey. It won’t be long, I wouldn’t mind betting, before the first offspring of an ASE couple enrols to study with us!

Come and study for five-weeks in the beautiful World Heritage City of Bath. In this program, students take two classes; one taught by UK faculty and one taught by US professors from one of our fourteen affiliate colleges. The first class offers the following courses: The Romans in Britain (history...