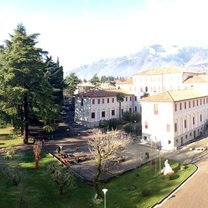 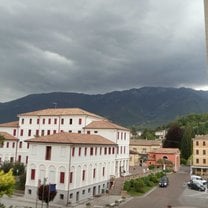 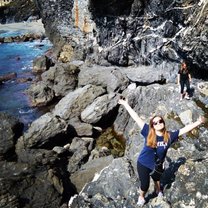 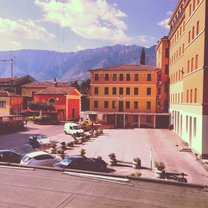 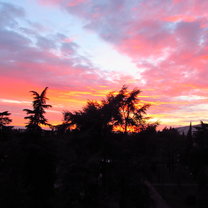 Sunset from my dorm room

CIMBA is a business and leadership-focus institute that trains future professionals. The CIMBA program offers semester, summer, and graduate study abroad opportunities with rigorous, high quality, professional courses taught in English. Courses focus in the areas of Business, Journalism, Engineering, and Communication Studies; however, other electives are also offered. These programs are designed to provide students with a meaningful international experience while allowing students to remain on schedule for graduation.

CIMBA, a international business consortium, is a strong study abroad program. During a single semester, each student receives 30+ travel days to explore Europe. An average student travels up to 9-12 countries in a semester. Practically unheard of anywhere else!

Not only do they offer extensive travel time, but they also provide professional development seminars that allow you to grow and enhance your skills, resume, and expand your global network.

I absolutely LOVED the program! I took statics for engineering credit as well as a GenEd and both were super easy to stay on top of and do well in! The professors were extremely supportive, and the people on the program were so much fun! We got to travel every weekend too so you weren't tied down to campus if you wanted to explore more of Europe, and the office was really helpful in planning out how/where to travel. The professors all understand that you're there to get the most out of your study abroad experience, so the classes weren't extremely demanding, and homework wasn't assigned over the weekend so you could focus on your travels. It was very structured and safe, the campus was beautiful, the food was delicious, and I loved every second I was there! You won't regret it - study abroad through CIMBA! :)

What would you improve about this program?
I wish the summer program was longer! 4 weeks seemed to fly by so quickly!

CIMBA is such a unique study abroad experience because you get the best of everything: social life, enriching classroom content, leadership experiences and cultural immersion. With 25 days free to travel independently, I got to see a lot of Italy and Europe. I made friends from other US universities that I will be connected with for life. The LIFE and LEAP leadership and personal development programs gave me lots of self confidence and opportunities to develop personally and professionally. I would recommend the CIMBA program to anyone.

I loved living on campus in a small Italian town while taking classes and traveling Europe on the weekends. I feel that I learned more through my CIMBA classes than any class at my home institution. The professors are passionate about what they teach and are always there to answer any question you have. The program is made so that the time during the week is devoted to going to class, studying, and seeing the small Italian towns around Paderno del Grappa, while the weekends are free to travel as we please. I was able to visit 3 different countries while on the four week program!

Campus in great small town. About 25 built in travel days to go anywhere in Europe. Intimate class structure. Several leadership opportunities. Access to fitness center and sports courts/fields. Dorm life, which is actually great, because you quickly home with a whole new group.

What would you improve about this program?
Faster internet
Better cafeteria food
View All Reviews
Displaying 1 - 1 of 1 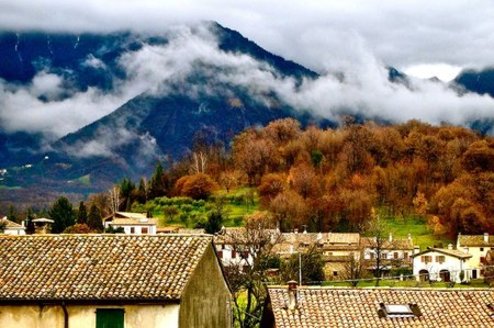 7 reviews
Save to Wishlist
CIMBA Italy

Program
CIMBA Italy Study Abroad Program
Job Title
Assistant Director of Recruitment
Sophie has worked in a variety of roles within higher education, but is thrilled to finally be working for an international education company. She received her BA from the University of Iowa in International Relations and studied abroad twice in Pau, France and Fribourg, Switzerland. She is now concentrating on completing her MSc in Applied Psychology – Multicultural Learning and Development and hopes to continue working in International Education in the future.

It’s definitely hard to pick just one, but as a general rule, my favorite experiences occurred when I stopped following a schedule and guidebook and took the road less travelled. During my own study abroad trip, I took a trip to Paris and decided to stop into the tiniest jewelry store I’ve ever seen. The shop was probably about 7’x7’ and every inch of the ceiling, walls, windows, and shelves were filled with very unique handmade pieces.

I started talking with the shop owner about his business and it wasn’t until I left the shop 20 minutes later that I realized I had had the entire conversation in French without even realizing it! After years of studying the French language, I had finally reached a point where I could speak the language without having to concentrate too hard, which was unbelievably exhilarating. It also added a layer of comfort when I travel now that I didn’t fully have to rely on finding an English-speaker to help me understand everything.

This is probably an unusual answer, but I would love to learn Yiddish. Many of the older generations in my family still understand Yiddish and will use it sparingly in conversation, but the culture of using it as a means of regular communication is dying. My father grew up in a strong Jewish community in Bronxville, NY and tells quite a few stories about his Great-Aunt Frieda and Grandma Gus speaking Yiddish with their friends.

Yiddish is unique in that it is not officially spoken in any particular country, but rather, has a strong cultural connection and implication for those who grew up hearing it. As language like Yiddish fall out of vogue, it’s hard not to feel a little sad at the idea of a particular culture losing part of its identity.