Traveling with us is an opportunity to awaken your own nature, to deepen and affirm your understanding.
We won’t compromise your comfort either. Daily meditation and yoga, delicious meals, comfortable accommodation and travel options.

All our tours support Dharma partners. We’ve chosen a range of partner organizations that reflect our values and share our motivation to inspire and promote compassionate action. From the beaches of Australia to the mountains of Tibet we hope that your journey with us will engage you long after you’ve arrived home.
Discover the difference - travel that’s good for you, good for others.

I could never have imagined that walking past the Ekno Experience information desk during HHDL’s visit to Melbourne in June 2011 would result in such a life-changing experience.

To think, it all started with picking up a volunteering-related postcard. When I went home that evening, I put aside the postcard with Ekno’s website on it, intending to check it out at a later date. It sat patiently on the coffee table for six weeks until I returned from a trip to Thailand, waiting for me to do something productive with it…
…within two or three weeks, I had confirmed with Sharon that I was coming to do some volunteer editing in Dharamsala with the Library of Tibetan Works & Archives (LWTA), and that I would join the Buddha’s Sites tour beginning in early January 2012.

After spending three weeks in Nepal in November doing a trek to Everest Base Camp, I was in need of a tranquil place to recover. Welcome to Dharamsala.

Macleodganj is one of those places you never want to leave. With a population spread fairly evenly between Indians and Tibetans, there are plenty of friendly people and amazing food. The entire area has a very positive energy, no doubt as a result of HHDL and ordained people living there, and attracting similarly-minded people.
Volunteering with LWTA was an incredibly satisfying way to spend time. Who wouldn’t want to assist with editing a text written by HHDL, and sit around discussing Buddhist philosophy while drinking tea?! There are also classes to learn Hindi or Tibetan if that’s your flavor. Maybe do a kora or two at the temple if you feel like it? I spent quite a lot of time eating cheesecake with new friends, and planning the day’s social activities.

The three-day teachings at the temple during December were a highlight for me during my Dharamsala experience – sitting with thousands of people, listening to HHDL’s teachings can’t help but have an impact. We all sat huddled together and somehow, I managed to end up in the Spanish section of the crowd. I did a lot of smiling and not much talking that day…

…but they say that actions speak louder than words. If so, I guess now would be an appropriate time to mention that I enjoyed my experience in Macleodganj so much, that I’m moving there for the rest of 2012! I’ll be back in early March to continue editing with LWTA, and attending one of the daily Buddhist philosophy classes with Geshe Sonam Rinchen. Yeah…life’s tough in Dharamsala.
I also joined a group for the Buddha’s Sites tour which taught me more in 17 days than I thought possible. Glen Svensson, a teacher from Tushita Meditation Centre (up the hill in Macledganj near Dharamkot), led the tour and discussed introductory Buddhist philosophy. The group spent the first six days or so in Bodhgaya at the Kalachakra teachings given by HHDL, and hanging out drinking copious amounts of chai. A highlight for me was meditating around five metres away from where the Buddha became enlightened, under the Bodhi tree. What can I say? A humbling experience…
Over the next 10 days or so, we visited loads of sites of Buddhist significance. Lumbini in Nepal, where the Buddha was born, was simply beautiful. Some of the temples and surrounding gardens are like none other I’ve ever seen – truly breathtaking. We went to Saranath where the Buddha gave his first teachings ever, on the Four Noble Truths. There is a stupa there that must be about 70 metres high and somehow, people have used slingshot-type device to launch katas to the very top! It has to be seen to be believed. And another place that the group really enjoyed was Varanasi which is a bustling town with plenty to see, and lots of interesting alleyways to walk down.

I had an amazing time on the tour and made some friends that I know I’ll have for years to come. I learned more about Buddhism in 17 days than I had in the two years preceding it…and I can’t wait to get back to Dharamsala to pick up where I left off.

Thanks so much to Sharon and Dawa from the Ekno team, who helped me to have one of the best experiences of my life!

Fantastic experience!! Ekno experience were great, organised everything and always had a solution to any problem. They looked after me when I inevitably became sick, arranged all volunteer work opportunities, facilited meeting people and a comfortable transition into the community. The hardest things were the incredible differences in the Indian culture, involuntarily being vegetarian as meat was not safe to eat and other little things. But all made the experience what it was. Great food, amazing to be around the Tibetan refugees, and the Dalai Lama of course, learnt so much about Buddhism, and as a result myself. And incredible journey.

During November 2011, I left Australia for India to spend 3 weeks in McLeod Ganj teaching English to Tibetan refugees at the Learning and Ideas for Tibet or L.I.T, and a week sight seeing through Delhi, Agra and Jaipur. Searching for a rewarding experience and having a keen interest for culture, the opportunity to volunteer and travel via Ekno Experience presented itself. As a female travelling on my own to such a diverse country, naturally I was a bit apprehensive. Sharon Thrupp, the director of Ekno was brilliant. From the very beginning, Sharon answered my many, many questions and kept me informed. My whole trip down to the smallest details was taken care of quickly and thoughtfully. The support I received throughout the whole, amazing experience was outstanding. Although I did travel on my own, never did I feel alone as Sharon and her dedicated local team were always there making sure I was okay. There knowledge of the area is extensive which allowed me to learn a lot about the Tibetan culture, India and the best places to eat, shop and visit.

Teaching English at L.I.T was a very gratifying experience. Monday to Friday was spent immersed in the Tibetan culture as dedicated Monks, Nuns and other Tibetans would enthusiastically come to class with their pen and writing book ready to soak up whatever knowledge I was able to pass on. Their eagerness to educate themselves in order to better themselves and their country is inspirational. We also shared many laughs along with stories of isolation they are enduring. The group of dedicated Buddhists who run L.I.T are some of the friendliest and most hospitable people I have ever met. I believe I learnt much more from them as what they learnt from me. The people I met and the experiences I had will always hold a special place in my heart. I would go back tomorrow if I could. Weekends were pre-organised with sight-seeing trips, shopping, eating great Indian food and learning about spiritual wisdom. The countryside I was fortunate enough to see along the way was breathtaking.

After my stint in McLeod, my husband flew over and we spent the week together sight seeing the Golden Triangle. This was a real eye opener and completely different to McLeod Ganj. Booking a self-paced tour through Ekno was the best decision we could have made. Accommodation, transport and local knowledge was all organised which was a blessing as India could be incredibly overwhelming at times. The sights, smells, sounds were absolutely amazing.

Everywhere you looked there was something going on. Indian culture is so completely different to Western culture. It seems there are no road rules and time is just something that exists, but not to be taken seriously. The history behind the places we visited was incredible – the colossal Forts, the Taj Mahal, the Black Taj and Baby Taj. The memorial of Mahatma Gandhi, ancient Mosques and palaces were mind-blowing. Through Ekno’s connections, we had the benefit of fluent speaking guides who knew the complete history and connections of these places. They also told us the do’s and don’ts and also had thorough knowledge of the area being local.

All in all, the trip I planned to get me out of my comfort zone and enable me to grow more as an individual was an experience I will always remember. The history, people and culture of India is like no other country I have visited. I have already started saving to go back. 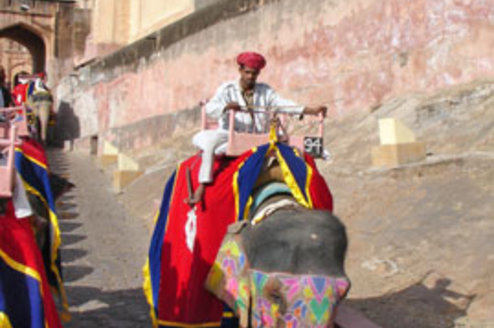 Current Volunteer Programs: Volunteer Teaching: Your job will be to... 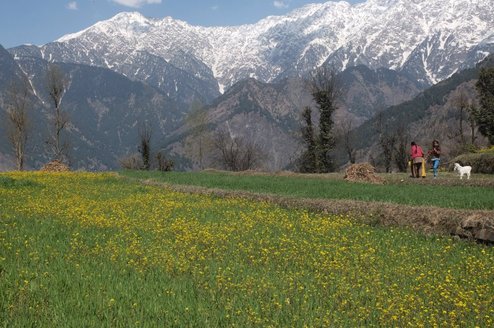 Multiple Positions Available: *Aged Care Worker You will be attending...