• Is sponsored by the U.S. Department of State
• Is the largest U.S. international exchange program offering opportunities for students, scholars, and professionals to undertake international graduate study, advanced research, university teaching, and teaching in elementary and secondary schools worldwide
• Was established in 1946 by the U.S. Congress to "enable the government of the United States to increase mutual understanding between the people of the United States and the people of other countries"

My experience as a Fulbright fellow teaching English in Athens,Greece was the most memorable experience of my life. I worked directly with bilingual students on helping them increase their English language proficiency.My teaching duties were at a private Greek school.I also became involved with the American Corners program at the United States Embassy and was able to promote the English language and the United States by traveling around Greece giving presentations to various English learners.

I found the Greek people to be very open and friendly. Although adjusting to the language was difficult at first, after taking lessons and immersing myself in the culture I slowly began to understand and really make my home there. I joined and English teaching organization and made many friends that were doing the same thing, and I also met many people through my Greek classes. It was the most amazing experience of my life and I would recommend the Fulbright program to anyone.

Through the Fulbright English Teaching Assistant grant I taught at a middle school in a small town in Germany. My students included those from grades 5 to 10 as I taught under the supervision of several very supportive English teachers. With most of my colleagues, I completely took over their class while they observed and offered occasional input or guidance. With two of the teachers my duties were carried out in a tandem-teaching situation, as it worked better for the class chemistry and level of English knowledge. The number of students in each class ranged from 13 to 25.
My self-planned lessons included discussions of topics provided by the book, in addition to various lessons solely devoted to American cultural topics. Examples include American holidays, festivals, food traditions, national pride, sights/notable cities/national parks, the school system, cultural traditions comparing the northern and southern United States, and playing American games as a way to encourage fun learning with the fifth grade students, among other topics.
In addition to teaching in the classroom, I led two conversational workshops after school: one for beginners and one for advanced speakers of English. The students were engaged and talkative; if not always in English, they were at least ready to ask questions in German. Topics included those mentioned above, in addition to more offbeat themes such as blogs, slang, films, tourist vocabulary, etc.
As a side project, I offered my skills as a dancer and spent four weeks teaching ballroom dance basics and choreography to Shakira's "Waka Waka", which we videotaped as the students' "final exam".
From my involvement, I would highly recommend that future Fulbright grantees do the same and engage themselves wherever and whenever they can at school. It will only bring them closer to colleagues and students, and will absolutely provide a richer experience overall. 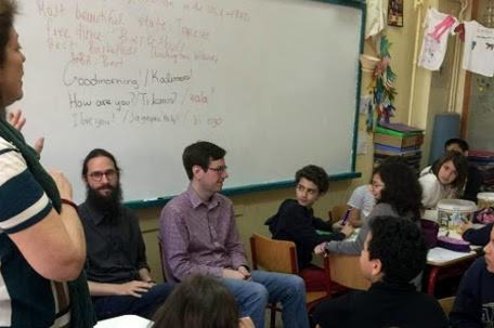 Every year the Fulbright Program offers 1 assistantship to teach... 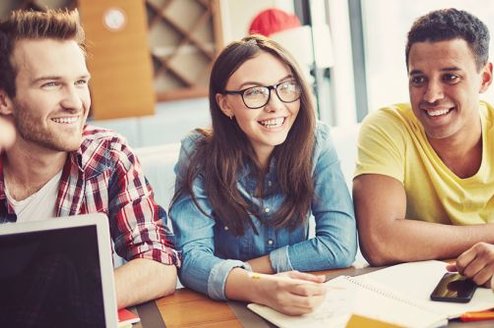 Every year the Fulbright Program offers 140 assistantships to teach... 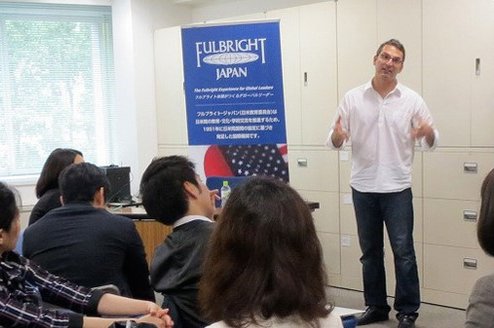 A joint program between Fulbright Japan and the Institute of... 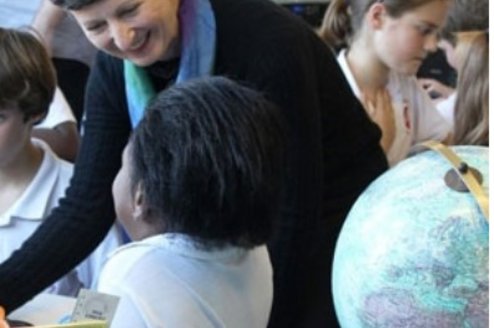 The Fulbright Distinguished Awards in Teaching (DA) Program is...