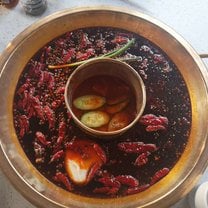 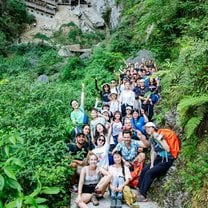 With the motive of being the most trustful and approachable recruiter, and matching qualified teachers with good schools in China, Grander Teaching aims help both schools and teachers find their destination on a time-saving and cost-saving basis.

We focus on our teachers' experience, helping our teachers gain the best positions and live better in China. We provode on-going assistance for our teachers, from unblocking Wechat account to starting business in China.

These guys are literally doing well on their work.

I came to China after graduation from Uni in 2018, working for an English training school in the city Chengdu. I met Wayne of Granderteaching when I was looking for the job change upon the completion of my contract. He is a very nice person, professional, confident, understandable, working efficiently and speaking fluently English. We had a voice call at the first place, he made me feel like that he was knowing very well about the schools and esl market in China, he could understand the things that I concerned the most for my next position, and he even matched the school for me during this first call. We went together to the school for the interviews as we were in a same city, and we've managed to do the initial and the second interview at the same day, I was secure and comfortable working with Granderteaching.

Unlike other recruiting agents who keep asking you a bunch of questions and then chasing you to do their interview because they think the offer is better, however, frankly speaking it seems like they were not being strictly truthful, I believe Granderteaching is much better than any other recruiters I've encountered.

What was the most unfamiliar thing you ate?
I enjoy a lot on the food here in Chengdu, home of spicy food.

China is an amazing country with hospitality and inclusive. most people with treat you with respect. Teaching in China is also terrific, cozy living environment, relatively cheap living expense, many new things to do, all of these will make it an amazing experience. Alao, I was grateful for everything that Grander Teaching had done for me. They are very professional and caring about everthing I concen. I had no any communication barrier with Mia who was the recruiter working with me, she was very patient, honest and dedicating, even some facts or issue that most agents have not even mentioned to, I appreciate that she being upfront with me. I would definitely recommend them!

What is your advice to future travelers on this program?
learn some Chinese if you have time, it gonna be a lot of fun.
Displaying 1 - 1 of 1 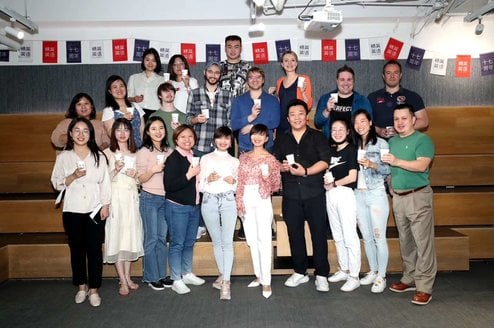 2 reviews
Save to Wishlist
Grander Teaching

Grander Teaching is a professional and bilingual team for boosting...