HaYovel brings hundreds of Christian volunteers each year from around the world into Judea and Samaria, Israel to help plant, prune, and harvest wine grapes, olives, and pomegranates. Our volunteers come with one agenda: to serve and support the Jewish people for who they are, in their God-given land.

WHAT WE DO
1) Serve and bless the Jewish People;
2) Bring people from all over the world to participate in the prophetic restoration on the mountains of Israel;
3) Raise up ambassadors who are equipped to actively and effectively educate others. 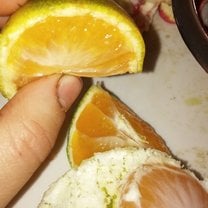 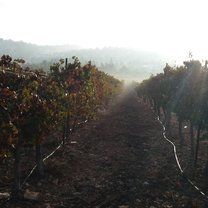 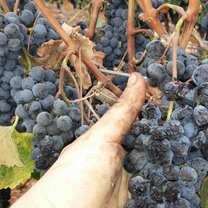 Most people who go serve with HaYovel in Israel expect to bless the Jewish people, which we do, but the amount of blessings I have received by going and serving in Israel are innumerable.

Serving with HaYovel has had a huge impact on my life, not only do I grow so much deeper in my relationship with G-d when I am in Israel, but I also learn about how to effectively share with others about the importance of the biblical heartland, the mountain region, remaining in Israeli control.
In a spiritual since, if Israel was not in control of the area all antiquities pertaining to all religions represented in the area would be destroyed, except maybe Muslim artifacts. And also in a world security since, if Israel did not have control of the mountain region Israel's, and America's, enemies would have a serious foot hold in the ability to destroy Israel and then step over and destroy America.

Going to Israel and serving in Israel with HaYovel in Judea and Samaria (the west bank) clearly shows where you stand concerning Israel, and it's most valuable and strategic region, the Mountains. The support we give to the vineyard owners we work for, and the Jewish people who live in this hotly contested area cannot be show only through words, but most strongly through actions.

HaYovel is the only organization in the world doing what they are doing and I count it an honor and privilege to serve with them.

Shalom (peace) is one of the first words that comes to mind from my trip. Educational and spiritual! Invaluable lessons learned.
My trip experience was Harvest 2010. It was such an amazing time for me, so difficult for me to express in words, you just have to experience it for yourself.
HaYovel has grown much since that time in several ways and their experience has only served to enhance the harvesters time in Israel even more.

Staff is very friendly and spiritually in tune. They not only look out for your physical safety, but your emotional and spiritual safety as well. The HaYovel team completely pours themselves into their work, making this an amazing experience for all involved, volunteer and vinyard owner alike. Every morning starts off with prayer and worship and there is always prayer and worship going on throughout the work time. The work is not too hard and everyone is encouraged to participate in anyway possible, depending on your physical abilities. The best part for me is getting my hands dirty! I feel like I'm actually expexperiencing the Land, not just looking at it. Tour days are always a highlight as we visit places that other tour groups don't take you to. You can stand in the place where God spoke to Abraham, walk to the site of the tabernacle in ancient Shiloh, treading on ancient pottery shards broken there by the children of Israel, and look down into the valley between the Mount of Blessing and the Mount of Cursing. Of course we also get to visit and shop in Jerusalem, one of my favorite places! These are just a few of the places you get to experience when you volunteer with HaYovel. 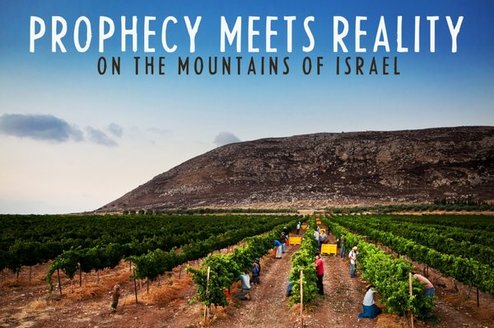 Grape Harvest - Volunteer in the Heartland of Israel Pruning Grape Vines - Volunteer in the Heartland of Israel

Israel
Come Experience the Prophetic Restoration on the Mountains of Israel...
View Program