The Maan Development Center launched the first permaculture initiatives in Palestine in the early 90’s (one at Marda and another, Khuza’a in Gaza). Israeli Occupation forces would later prohibit access the Marda site, leading to its demise, while Khuza’a transformed into an independent agricultural development organization. Seeking to fill the void left in the West Bank, Maan established the Maan Permaculture Center (MPC) in 2012 on some 11 dunams in Beit Qad (Jenin region) and in partnership with APHEDA and the Kadoorie Foundation.

As a leader in its field, the Permaculture Center is fully committed to innovations fostering a sustainable and secure food system in Palestine that ensures the health of both humans and the environment in Palestine. Further, the MPC sees itself as a catalyst for the continued growth of the organic-sustainable-ecological agricultural sector in Palestine and broad application of permaculture principles. 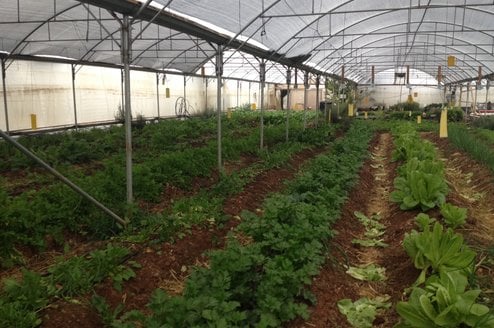 Palestine
Support the growth of a leading Permaculture training and...
View Program