Our program promotes change and provides direction and purpose for our participants. Additional benefits are cultural insight, adventure and a safe environment for independent, female and student travelers.

Realize your dream to volunteer abroad and leave your mark on the country you visit. 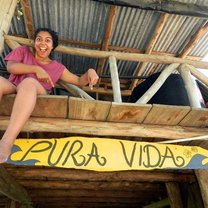 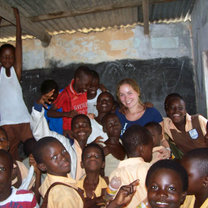 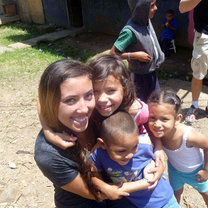 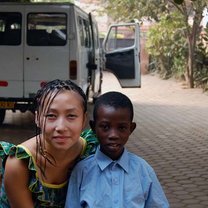 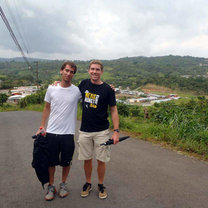 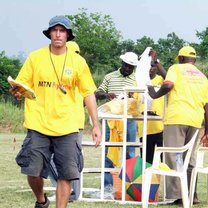 This summer, my friends and I wanted to do something different and at the same time, something that would give back. We researched many websites and found a few good ones. We decided to chose uVolunteeer and came to the Turtle conservation project in Costa Rica.

I chose volunteer in Ghana, last year by a few weeks. My experiences with uVolunteer were great. From the first minute I was in Africa I enjoyed it. I was teaching at a school. The children were really nice and I loved to teach there.

What would you improve about this program?
My arrival and pick up was good. All the things I did here were so amazing. My family here were so great and I would love to see them again. The house where I stayed is really good and the people are so nice and took really good care of me. The project had just started so they don't have yet a lot of material. I did what I can and hopefully the children enjoyed it. I also hope that in the future there will be more material for them and a good organized schedule. I enjoyed it there so much.
On one Tuesday they had: our day. I didn't know what the meaning of it was, but it was a nice day. The children brought food with them and the children were really happy. I experienced so many different things here! And all the people there are nice. I was very quickly used to the way of living there, and I liked it so much. Kokrobite is a real nice place. It's a so different than the Netherlands but now I'm used to the way of living there.
I have seen a lot in Ghana. I traveled to Cape Coast and Kumasi and other places. I had a great time.
It is definitely a life time experience. When somebody is hesitating to come to Africa for holiday or better for volunteering, the only thing I can say: just do it! You will never feel regret, I'm sure.

I chose volunteer with uVolunteer and went down to Costa Rica. Before arriving I was very nervous and even though I was given a great amount of helpful information I couldnt help but be a little apprehensive.

What would you improve about this program?
Before arriving in costa rica I was very nervous and even though I was given a great amount of helpful information I couldn't help but be a little bit apprehensive.

Once I arrived it became clear that I was definitely not alone and help would be there for me all along whenever I needed it. The first weekend I became very familiar with the town and costa ricans themselves and their 'pura vida' lifestyle.

I was lucky enough to go zip lining the second day I arrived and it was an experience I know I will never forget! I was very excited to start working and going to bajo tijares the first day was a bit of a culture shock for me and it really impacted me because I was never familiar with people living like that.

The children were so loving and kind I could tell that they really enjoyed me being there. Over the course of the first week it was tough to connect with a few of the kids.
Some never even connected with me at all, but the ones that did really opened up and were so happy and bright despite their situations.

Some of them reminded me of my own younger cousins and I know I will never forget about them. I'm so thankful that uVolunteer gave me the opportunity to immerse myself in the costa rican culture and be able to meet some amazing kids.
I hope that I made a positive impact on them because they definitely had a positive impact on me.

This trio came right when I needed a break from my day to day life the most. There were the struggles of planning the trip, the hot weather, the mosquitoes, and adapting to the different lifestyle. However, all those struggles were worth dealing with to be with the children and friends.

What would you improve about this program?
I am not a trained teacher, so I have to admit I struggled trying to keep all the kids in line and interested at all times. The kids had so much energy and passion that I had to bring my A game to keep up with them. Some of the kids were more independent, learned on their own, and knew when to seek help when needed. Others needed more attention in specific subjects and seemed to constantly want to share stories and have discussions with me. I appreciated all of their different styles and personalities. Just when I started to get to know them better it was time to leave.

I failed to prepare myself for the goodbyes. When I was there I looked forward to seeing them the next day or the next week. When it was time to say I will not return, it was heart breaking. Most of them said their goodbyes and seemed to have not noticed that I will not return. A few asked if I will come back to be with them again. As I tried really hard to hold back tears the only answer I had was that I really want to return, but I do not know. I could not give them a promise I was not sure if I could keep. Have I become another person in these children's life that has abandoned them? Or did they understand I was only there for a temporary time and just appreciate our time together?

This separation has been really hard to deal with because I miss them so much. I must remember that I will carry the joy and happiness they have brought into my life with me every day. This chapter of my life will not bring me down, but make me stronger, happier, more grateful, and hopeful. 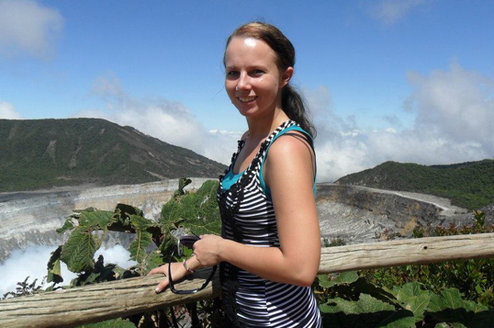 Realize Your Dream to Volunteer in Costa Rica

Costa Rica
9.25 •24 reviews
Costa Rica is a tropical paradise and 25 percent of the land is...
View Program

Volunteer in Ghana with uVolunteer

Ghana
9.47 •17 reviews
Volunteer in Ghana with uVolunteer for the experience of a lifetime...
View Program

Thailand
9.38 •8 reviews
Join uVolunteer in Thailand to experience the amazing culture and give...
View Program What position do you hold at uVolunteer? What has been your career path so far?

I'm the Founder/Managing Director. I have an educational background as an industrial designer (BA), then moved over to study interactive media design (MA). Both of these programs were done in London, England where I was born (not raised, I was raised in Ghana). I then entered work as a interactive designer for the BBC in London for 9 years. I resigned from corporate in 2006 to travel to Costa Rica and start uVolunteer.

Did YOU take volunteer abroad?! If so, where and what inspired you to go?

To cut a long story short... I volunteered abroad in Thailand. I took an unpaid leave form the corporate job in 2004 to backpack South East Asia. The reason for doing this trip was that I always dreaded Sunday evenings when I had to start preparing mentally for work on Mondays.

I thought this was not a good way to live life so I decided to do something I had always wanted to do as a student but never had the money or time. To travel alone abroad to South East Asia. As a student, I had been fascinated about the secret and not so secret wars in Indochina.

I knew I'd get bored of partying and traveling for 3 months and I was also considering retraining as a technology teacher upon my return to the UK, after the break. So I considered doing some volunteer work as part of my trip. Test out if I could really teach!

The period I spent volunteering in Thailand lead me to return to work in Thailand for my volunteer agency. After that experience, I returned to London, quit the day job and moved to Costa Rica without knowing anyone to start uVolunteer. By then, I had caught the volunteering fever.