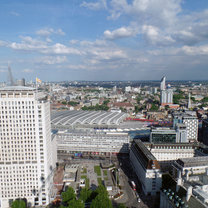 From the London Eye 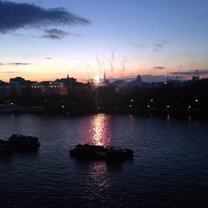 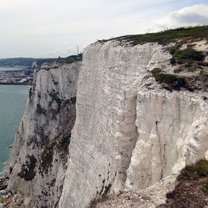 The White Cliffs of Dover

Virginia Tech's Education Abroad offers students from all majors the chance to study abroad in a long list of locations all over the world. Education Abroad provides a comprehensive support system that helps students along the way from the very beginning, all the way through until after students return home. Get help with Choosing a program, the application process, scholarships, pre-departure information, information while abroad, and how to become a part of VT's international community on campus. Check out the Education Abroad website for all of the details!

This summer I spent 6 weeks in London studying English and Theatre, and doing a internship with a small, creative, start up who focus on social media. 6 weeks seems like a long time, but in reality it was incredibly short, but I tried to make the most of my short time abroad.

An average day during the first four weeks was filled with activities, some planned through my program. I saw plays like, The Book of Mormon, Antony and Cleopatra, and many others. I toured the BBC, the British Library and Museum, the Murray House (eek! They published authors like Lord Byron!). The class, of 25, also took small trips to Greenwich, Oxford, and Bath! We took walking tours of all three places, and then we're able to explore on our own, absorbing what we could of the culture and history. During those four weeks I was working twice a week, Monday and Friday and on the weekends I took trips to Brighton, Leeds, Yorkshire, and Windsor.

After four weeks, everyone went home except the 6 interns. This is when I felt I really became a local. Every morning I would walk to my office in Soho. I spent my time doing as much as I could for the company I was working with, and they place a lot of responsibility on me, which was incredible. I was beyond thankful at the opportunity to really get work experience-- rather than just sitting around feeling useless. Throughout my time there I helped plan an event where we would present a mock-up website to potential clients. I created written content for the site, wrote video scripts, filmed, and edited videos for the site, did secretarially work, such as answering calls, note taking during meetings, etc. By the time the event came around I felt like I was just another person part of this amazing company! I helped work the event, engaged with the attendees, photographed and filmed the event for our social media.

While I did spend most of my last two weeks at work, I spent my lunches trying new restaurants and street markets. My nights were spent going to more theatre shows like 1984, or at the pub with friends. My weekends were spent taking day trips. Some trips, like the one to Dover, I took alone. I walked along the cliffs, stoping to write, which as a creative writing major isn't too surprising. I talked to locals a lot as well. In Dover I met an elderly couple walking with their dog, on my way back from the lighthouse. They told me about their life there in Dover and the man told me about how he was currently working on a memoir.

Some of the girls on my trip told me I had done the most out of all of them. There was never a day spent just sitting around, and if I did spend some time lounging it was at parks, or in gardens. On my last day of work I was offered a job and on my last day in London I watched fireworks go off across the Southbank having drinks with my friends. My experience was beyond words.

What would you improve about this program?
If it was longer-- a semester long would be ideal.

From the London Eye

The White Cliffs of Dover

I spent a summer doing research at Technische Universitaet Darmstadt in Darmstadt, Germany. Darmstadt is a student town about thirty minutes south of Frankfurt. The program was through Virginia Tech and funded by the National Science Foundation.

Since I minored in German, the program was a great way to improve my German skills while also getting travel and professional experience. We were given individual research projects under German PhD students. I love working with the PhD students because we would also hang out together. Darmstadt is also a nice town to live in. Enough to do, a good location to get other places in Germany and Europe, and it has some beautiful trails for running and hiking. 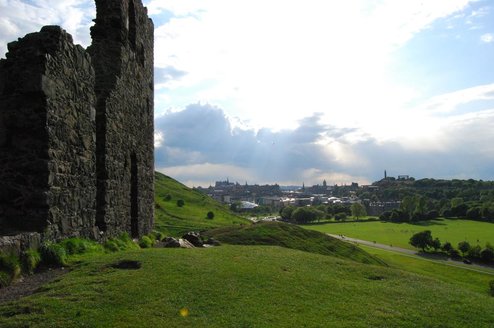 A month-long interdisciplinary program in summer for which London is... 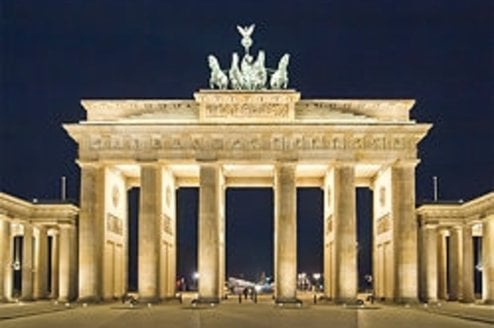 Why did you study abroad with VT's Automotive Engineering program in Germany?

I minored in German and it is very difficult to study abroad as an engineering major and actually get useful credits from it so i decided to spend a summer doing research in Germany. Virginia Tech has an exchange program with Technische Universitaet Darmstadt. My experience was a research experience for undergrads (REU) funded by the National Science Foundation (therefore I was paid in dollars not euros). Some students did their research at Virginia Tech and then eight of us worked in Germany.

What I enjoyed about this experience was working closely with German PhD students. They were extremely friendly with us and took us out after work and on weekends. It also gave me insight into how research is done in Germany versus the US and I had the opportunity to hang out and meet other German students. My only complaint was that we lived in a house with all of the Americans participating in the program (8 of us). I would have preferred to stay in a German dorm or find our own housing so that I wasn't just spending time with fellow Americans. In addition to research, the department I worked with allowed us to attend workshops related to automotive engineering and as part of my research I drove TUD test vehicles (ie really nice BMWs). Unlike the US, there are less lawsuits and concern about liability so things were more flexible in getting to drive test vehicles.