VSO (Voluntary Service Overseas) is an international development organization that brings volunteers to developing countries around the world to make a difference. By recruiting volunteers with specific skills and qualifications, VSO ensures that their work can create a lasting change. With many fields of focus, VSO is most interested in fighting poverty, climate change, and gender discrimination.

VSO offers volunteer projects in many disadvantaged countries throughout the world where our contributions are most needed, including: Guyana, China, Vanuatu, Mongolia, Rwanda, Ethiopia, and more. While VSO focuses on volunteers with professional skills and experience, we also offer volunteer youth programs for people from 18-22.

I had never even visited Africa before I committed myself to two years' teaching at Chipata Day, a large rural secondary school near the Malawi Border. We arrived on a Sunday during rainy season when there were few people on the streets, the sky was grey, and I was depressed by the sight of women breaking stones to make a few bucks.

Sixteen years later, I am still in Africa, though now in Kenya. Why? Once I got over the initial culture shock and began to form relationships with students and staff,I found a whole new world, with its own unfamiliar ways of thinking and being. The town was small and limited so you were thrown back on your own resources and your ability to connect with others. At first students were too shy to speak to me; some had never seen a white person before. But gradually, by getting to know them and encouraging them to learn by expressing themselves, I earned their respect. We would go on many school outings to festivals, debates - or funerals. Huge trucks would carry us and when I appeared the students would say: "Move over. There's a European here!" They took me to local ceremonies like the drinking of the bull's blood or to small performances where a shaman would do his magic and perform for us. I had been used to London theatres; here I was seeing theatre in its original communal form.
When I first went to the supermarket I wanted to cry; there were tinned sardines, white bread and a few other equally unappealing items. But on Saturdays I would go to the market and buy vegetables - tomatoes, peppers, sweet potatoes mostly. At weekends I began cooking and just opening my doors to the students who would come and chat, play Scrabble, make tapes and inform me of all the gossip. A big issue was sexual harassment of girl students by male teachers: it was so widespread and accepted that the girls had no notion that they had a right to say no. But then, refusing could lead to punishment and neglect by the teacher concerned. It was hard to know what to do as this was part of the culture, but I had a chance to teach girls on their own and explore these issues privately.
I cried when I saw my accommodation; I had left a lovely 2-bedroom apartment in London for a single damp bare room in a house that smelled of cat's piss. It took me six months to get my own house and then life really began.
At weekends we would go to one of the two clubs - both equally rough, with a lot of drunken fights but also marvelous dancing. All Africans dance, especially the men, and as I love nothing more, I was in heaven. We would go with locals for moral support and security.
The few white volunteers stuck out like sore thumbs; I would meet people on buses who would come and visit me, thinking I must be lonely living on my own.
Teaching became a real pleasure in spite of the lack of resources; the kids were so delighted to be given a chance to air their views that we had spirited arguments and debates. Our African colleagues were mystified by us and couldn't for the life of them understand why we should leave the very countries they wished to emigrate to in order to teach under such conditions. It was hard to explain the excitement we felt at experiencing something so different.
I cried when it was time to go but I knew I would be back. Within 10 months of returning to the UK, I had a job in Kenya and have been there ever since. So in spite of all the material hardships, the heat, the strangeness, it was life-changing experience. 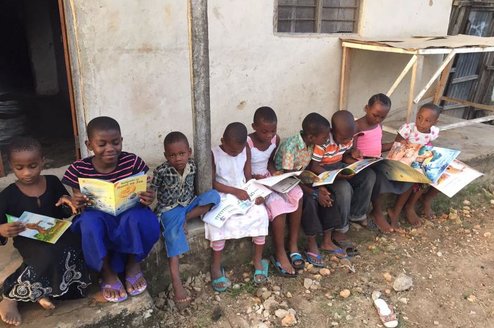 Volunteer in Zambia with VSO

Join VSO in Zambia to make a difference while traveling! VSO is... 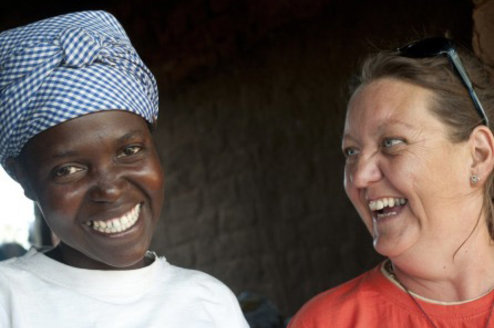 Volunteer in Uganda with VSO

Make a difference with VSO in Uganda, working to support recovery and...

Program
Volunteer in Uganda with VSO
Charlotte Beauvoisin has been volunteering in Uganda with VSO (Voluntary Service Overseas) for two years as the Marketing Development Manager for the Uganda Conservation Foundation (UCF). She has always wanted to live in Africa since she was a teenager and always wanted to do VSO. Twenty years after her first phone call to VSO, she had finally acquired the skills and the life experience to spend two years living in and contributing to a developing country. She is living her dream: marketing elephants! Although it is her dream job, she emphasizes that making it all happen can be a real challenge.

What is life like as a volunteer in Uganda?

I love Uganda. Everyone loves Uganda! Ugandans are wonderfully friendly people, the countryside is beautifully diverse, the weather is fantastic and the country has the most incredible biodiversity: gorillas, chimps, elephants, lions, leopard, giraffe and zebra and 1,065 species of birds.

Everything’s slower: the work culture, travelling to meetings (because of the terrible traffic and enormous potholes) and even the time it can take you to cook dinner (after you’ve haggled for your purchases then boiled and filtered your water). The internet can be slow or off for days, people are sick more often, heavy rains can prevent people getting to work, the electricity can go off without warning. It can wear you down!

What are your typical volunteer duties?

On a good week, we go on safari. (I still have to pinch myself!) It’s a day’s drive to Queen Elizabeth National Park and we’ll usually include an impromptu game drive. Reconnecting with the field projects is crucial, and of course fun!

Most of the time however, I write funding proposals, reports to donors and develop our Facebook page. There are weeks when my job, plodding away on the laptop, is as routine as any other office worker’s, but then I remember: I'm in Africa! And I'm helping protect elephants!

The VSO philosophy is sustainable development through sharing skills. This year I will recruit and train a Marketing Officer, thus passing on my skills to the local team. It means my VSO placement should have a long term, sustainable impact on UCF.