White Shark Diving Company (WSDC) is a fully licensed cage-diving tour operator. We endeavour to promote the conservation of sharks and the environment through eco-tourism and conservation research projects.

Our volunteer research initiative at WSDC offers an experience unlike any other in the great white shark capital of the world. The programme is an incredible opportunity to be involved in groundbreaking marine research exploring White Shark behaviour, Shark and Ray diversity, ocean conservation, and projects involving an array of other South African marine wildlife.

There will also be ample chances to enter the cage, giving you the opportunity to come face to face with the magnificent Great White Shark in an unforgettable diving experience! 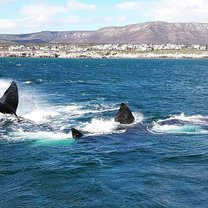 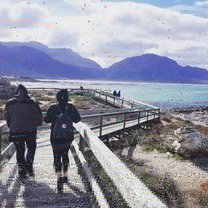 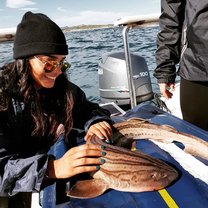 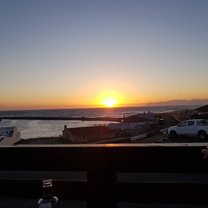 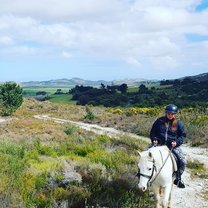 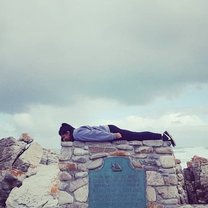 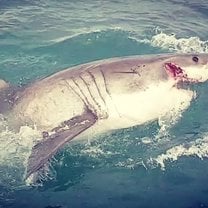 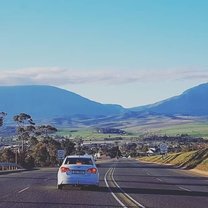 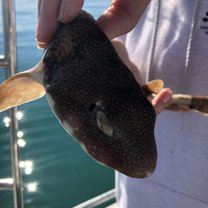 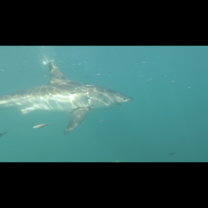 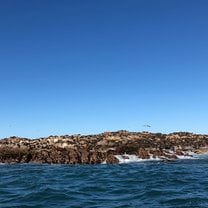 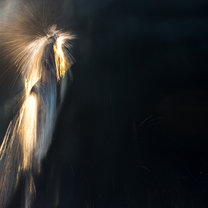 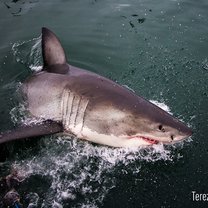 Taking part in this programme has been a life changing experience in more than one way. Being able to complete a childhood dream of seeing white sharks in the wild has been a moment I will cherish for the rest of my life and seeing these beautiful creatures and the work being done here has only made me more eager to help out in any way I can. I'm also extremely appreciative of the people I've met here, they've done nothing but enhance this experience for me and will forever have a place in my heart.

Since leaving the programme I have kept in touch with alot of the people I met there and the staff. I still regularly speak to them all and many of us plan to visit again this summer. The programme has alot changed how I live my life back home making me much more environmentally conscious.

I volunteered with Great White Diving Company for 2 weeks and it was the best experience of my life - so much so that I plan on returning once a year. Being in a natural environment with such beautiful scenery, people, and wildlife was an incredibly grounding and growing experience. There are so many conservation issues in the world that need help, but by spending time with this company you get to make a direct impact through ocean research; it brings you face to face with the problem and opens your eyes to how much help is needed. Not to mention looking a great white in the eye is like no other experience in this world and changed my life. Diving was obviously the best part of the trip! The opportunity was so great and fulfilling, the staff was AMAZING - I cannot say enough great things, they made me feel at home, safe, and accommodated all of the other things I wanted to experience during my SA stay. Was a life changing trip thanks for everything guys! See you next year!

I had just graduated with a Masters' Degree in Zoology with Marine Zoology, and have always had a keen obsession with sharks! I am originally from Birmingham (UK), and so when I came to volunteer with the White Shark Diving Company, I had no idea what to expect! On arrival at the volunteer house, it was strikingly similar to living in a student house, but with a much better view and sharks plastered on every wall! Sitting on the balcony on that first sunny day, admiring the view of Van Dyk’s Bay and watching the shark boats go out, there wasn’t anywhere I would rather be.

The following 4 weeks were full of crazy adventures and priceless moments with members of the company and local friends we made along the way. Me and another volunteer living in the house enjoyed many excursions together including whale watching, volunteering at the local dog sanctuary (BARC) where we got to play with puppies and take dogs for walks, visiting the Panthera Africa Cat Sanctuary, gin/cider tasting, horseriding, mini golf, fatbiking on sand dunes, trips to Hermanus and also to major hotspots like the Southern-most tip of Africa (Cape Agulhas), the most South-Western tip of Africa (near the Cape of Good Hope) and Cape Town.
We took a 3-day road trip to Mossel Bay to see a multitude of things in the area. On the first day, we went on a safari game drive and stayed in Wilderness at Fairy Knowe Backpackers. The next day, we went cage diving near Seal Island where we were lucky enough to be visited by ‘Joker’, a great white that had a big scar running along its mouth from an attack off another territorial great white. We caught a glimpse of a humpback dolphin which (according to the boat crew) was an extremely rare occurrence.

In between all of these new and exciting experiences, there were mornings where we would go out on the research boat with Mary (Head co-ordinator and marine biologist). On these trips, we were taught how to catch smaller sharks via handlining, take biometric values and tag them before release. I caught my first ever shark; a 3-foot long pyjama shark (Poroderma africanum)! Observations of white shark activity were also recorded during cage diving trips i.e. length, time spent around boat, abundance, swell height, wind direction.
We were free to pick and choose what we wanted to do day-to-day, but some of my best memories were made on spontaneous nights out, meeting the crazy locals and going to crew members houses for dinner. It’s been over two months since I left, and I still haven’t shaken the feeling of being so comfortable in a place 13,000km from home. Each member of the White Shark Diving Company is a delight to be around, and I feel so privileged to have spent so much time with them. Without sounding too cliche, I think I’ve found another home from home and I would recommend this program to anyone who is willing to try new things, is crazy about sharks and most importantly up for a good time!

I am currently in the process of hopefully returning next year as an intern and completing my PhD out there too! I can't thank WSDC enough for all of these opportunities and the contacts I have made so far.

Although i only went for a little over 2 weeks i couldnt have had a better experience and I can’t wait to go back. All of the staff and volunteer coordinators couldnt have been more welcoming and friendly. As a current Harvard sophmore studying biology, this program gave me the first hand academic experince I was looking for in a marine biology program. You will learn so much and also have so much fun! Plus the white sharks are DOPE!!!!!!!! It was truly a life time experience that couldnt have gone better. While your there I would try to go in the cage as much as you can and also interact with the tourists on the dive boat! Some are unaware of the facts of the ecotourism industry and that’s a great way to make a difference. Also, the food and the excursions are so much fun! Go! Go! Go!

Don't think twice about this programme! You simply can't get anything better.
I spent nearly 3 awesome months in South Africa and fullfilled my long-time dream of working with those majestic cratures - white sharks.
Everything was so brilliant, I simply had to go with number 10 in every rating, although it should be 10+ at least! Everything was perfectly organized, I lived in spacious modern house with speechless balcony view over sea and african sunsets (oh and lets not forget braai - african BBQ- every other day).
Working with sharks was a lifetime experience, spending days at sea, observing, tagging, learning, (laughing) and taking photos, one can never get enough of it. Whats more - rich and enjoyable programme on the coast as well - safari, penguins, wine tasting, adrenaline sports, horse riding - basically think of an activity and you can enjoy it there!
I felt safe and mainly welcomed the minute I got there and throughout my whole stay. There is no greater feeling than knowing you are in a good company of people that care about the enviroment and love sharks. Everybody was super friendly supportive and I simply feel like I found a new family I will forever treasure in my heart! Till next time <3
So what are you waiting for?! 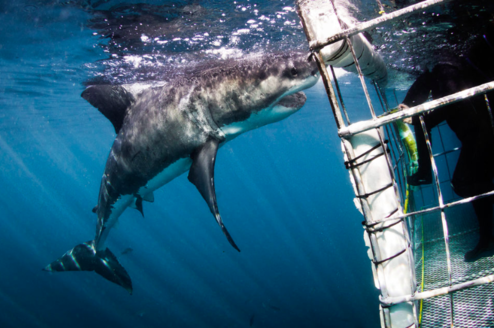 South Africa
5.00 •5 reviews
The programme is hosted in Gansbaai, roughly two hours out of the...
View Program