Two kids handling a cardboard with their art made

Let your Odyssey begin by becoming a language assistant! Odyssey is a full-time work experience that gives you the opportunity to live in another province, share your culture, and make a difference in the lives of young people in your host community.

I was from Montreal, Quebec and was sent to Regina, Saskatchewan during the 2018-2019 school year as a French language assistant.

Odyssey's Facebook and their official page are filled with positive testimonies. But here I want to talk about my honest experience as a language assistant in Regina, but it does not represent the experience of everyone in this program

First, you will have to be ready to be often treated like an less-than nothing. In my first school, most teachers, assistants and principals would assume that you didnt even complete your highschool, and will treat you in various condescending ways because of your random position in the school. Because I always kept my positivity and worked hard that I was eventually able to earn my respect from some of my co-workers, but honestly it was really hard and there are days where I just went home after work and cried, because of the ways that people treated me.

just to give you a few examples, there was a co-worker who would ask me what are you doing here? you look like a student. (and I work in an elementary school...and I am pretty sure I don’t look 12 yeard old)
Or a co-worker just called me madame the thing or madame....voila, and refuses to say my name after 7 months working with him, or maybe he thought I was too insignificant for him to remember my name. Or some other co-workers who would misspell my name after 7 months working with them...while I always sign my emails with my full name.

Anyways just petty details that will really make you feel shitty about yourself. I would like to mention there might be an element of racism in there too, you might not have the same issue if you have a FRENCH name. Hint: Fransaskois are crazy about their last name. It's really a big thing here.
I am an asian-canadian who happens to grow up in Quebec and speaks French fluently. And people cant really make of what I am and I think such Asian looking creature who can speak French really frightens them and threaten their identity. On my second day at work, one of my co-worker pulled the corner of his eyes back and made fun of my face. He said you look Inuit. I told him I am not from Inuit descent. But he kept making fun of me and said: you know why Inuit have small eyes? because they live in the North and the reflection of the light on the snow make them squint. Thats why they have small eyes, hahhhhaha!

Ok now you will ask me why I stayed if my co-workers were so horrible. My co-workers were not all monsters, just a few of them that can make your life really hard. But there was an important reason why I stayed: Because of the students. Particularly a few students who really got attached to me and whom I really got attached too. They are the reasons why I wake up in the morning and go to work. To see them smile, learn and grow, that is really what makes me happy.
Kids are like that, sometimes I will help them with something simple like tying their shoes, but they will always remember me. Even 5 years old little ones can spell and say my name properly after I told them my name once or twice, and they remember and they say hi or give me a hug every time I pass by their class and that's really sweet.

There is one student with whom I worked extensively. She often says she is like my daughter at school and she really is. She started at this school not knowing any French at all, but at the end of the year she was able to communicate simple sentences and read. She works so hard and is always smiling and she is truly an amazing student and person. She would often invite me to her house for this and that party, but I couldnt go and I would always remind her that I leaving regina by the end of the school year. She would be really sad and she would always say, I hope you can stay forever. I will ask the principal so you can stay forever...
Every time I made my decision to leave, because I hated Regina so bad, I would hear her say that and suddenly I just could not leave.

Coming from Montreal, Regina as a city is very boring. There are no outings or any big events or festivals happening in this city. Recreational activities (skating, swimming or art class) are really expensive too. As I mentioned previously people are quite racist. It's not like Montreal, Vancouver, calgary, edmonton or toronto where people are used to see and live with people from all background. This place is fossilized in Victorian era. People would still look at me when I go to supermarket, comment about my face and hair and how different I look. (one student from university of Regina even called me Mulan… ) In moose jaw, there was even an incident where I was walking and some people drove past me throwing trash at me and screaming chiiiinkkkk! And that moment I could not believe that I live in 2019 in Canada.

Saskatchewan changed my vision of Canada and raised deeper questions about what it means to be Canadian.

The Saskatchewan program coordinator made minimum effort to accommodate and welcome and ease our transition into this province. Instead she filled us with a bunch of useless information and false hope about how exciting this province is. I had a lot of problems finding appropriate housing; one of my landlords even illegally took my deposit. I had to threaten her to bring her to court in order to get my deposit back. When I called the coordinator for help and guidance in this situation, she simply said: I am not a lawyer.

So that landlord was awful I had to move. Having no car and knowing no one, I had to pull my luggage across town on my own.

This bad situation takes me to the financial aspect of been a language assistant. I would like to say that we are paid in smiles and hugs and cute drawings and cards. The language assistant pay is about 1800-2000CAD per month depending on which school board you work for. The truth is that with 2000CAD, it’s really hard to live in regina. I was near the poverty line. My rent varies between 500-700 for just a room in an 1940s apartment. I am left with 1300. You can expect to spend about 500-600 just on food. Lets save 200-400 on transport. Often at the end of the month I was left with nothing. On top of that I had my students debt to pay (about 200-300$ per month). So sometimes it was really hard to make the ends meet.

The financial aspect is something to be aware of. Every city has a different cost of living. It’s just that Regina’s cost of living really exceeds Montreal, so it surprised me when I came here. Tip: do your research on the cost of living in a city before moving.

Overall the program is pretty bad. The coordinator didn't care and didn't organize any activities trying to help or unite the language assistants, no way to meet other like minded people. And she really doesn't care about the mental health or well-being of the language assistants. I didn't meet anyone my age to hang out with I was ok at school with the kids but when I get home I would be really down, because really there is nothing to do here. I really tried to go out and do some activities and meet people, but then they all call me Mulan or Pikachu so I gave up trying to make friends here. Again my salary does not allow me to do more activities either. So you can expect to have a pretty bad life quality here. Anyways that's one bad experience that is going to make me stronger. Sometimes I am surprised by my own resilience. How after so many problems and humiliations, I was still able to dance with the kids and smile at the Saskatchewan sky like that.

What was the most nerve-racking moment and how did you overcome it?
I did a road trip from regina to winnipeg in february 2019. The roads and highways were not cleared, I almost hit a bunny (or some any animal like that), but it was ok and so was I. But then 5 min before I reach my destination, I lost control of my car, hit a pole and drove the car into a ditch. I was stranded there for 2h, I thought I was going to die there. Between Regina and winnipeg.
Did you find this review helpful?
Vote up! 0
Vote down! 0

I worked for one year as an official language monitor for the Canadian program Oddysey.

Having never had formal teaching experience, the initial training session prepared us well along with giving all the monitors a chance to meet. Because we were all placed around the province (and country) it allowed us a chance to share our concerns and hopes with people in a similar situation.

Each school that a monitor is assigned to, has a "responsable" or teacher who is to be your main contact with regards to finding housing and any other living queries. They help to introduce you to the school and your job.

Depending on where you are placed (elementary, secondary, cegep or university) there are different aspects to the job but they all involve leading short activities to help expose the students to English (or French if a native francophone).

All schools are required to provide certain resources for the monitors such as access to a computer and a separate space to work and prepare activities.

Because it's a government program, there are a lot of guidelines and support to help make your experience a successful one.

I met many wonderful people, both in my area and other participants. A second training in late October allowed us to come and discuss any concerns and several optional social outings were also arranged so I made many friends that will be life long.

Odyssey is a full-time work experience that gives you the opportunity to travel Canada, make a difference in the lives of others, and share your culture.

END_OF_DOCUMENT_TOKEN_TO_BE_REPLACED 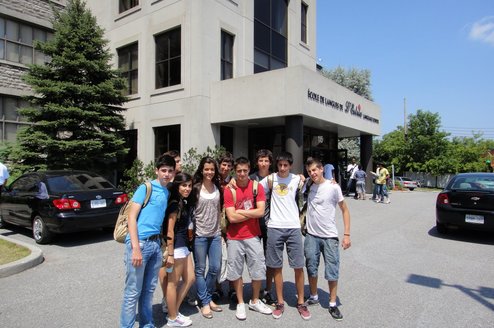 With two campuses, in Quebec and Ontario, L'Estrie Language School... 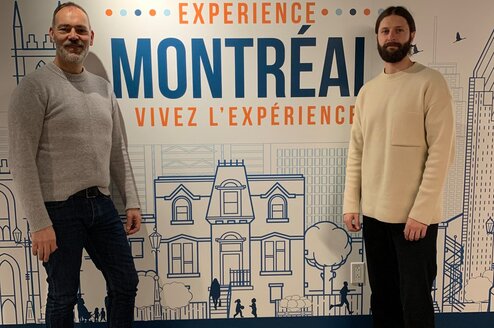 The CELTA program is the internationally-recognized teacher training...