In summer 2017, we look forward to welcoming returning and new campers to our exciting, revised summer language camps. We are again offering International Camp for campers aged 12-17 and Launch Camps for children aged 6-11.

International Camp is unique as campers who are native speakers of all five of our 'camp languages' attend our programme. Each morning’s tutorial has a different grammar and vocabulary focus which campers then put into practice through a digital media project. Using film-making, animation, podcasting and even cookery, campers use their newly learned language in a realistic context and work on these projects alongside native speaking campers. For example, the French-speaking campers will work on the projects alongside the English-speaking campers learning French.

Afternoons are filled with adventure so whether campers are conquering gravity on the climbing wall, playing capture the flag or competing on giant inflatables, they are having a great time and learning lots without even realising it.

There are also two excursions during each week at camp so that all campers can experience some of the stunning places, cities and nature that Scotland has to offer.

Evenings are filled with ample opportunities to break eggs over the heads of language mentors and take part in quizzes, escape rooms and even carnivals. The fun never stops. 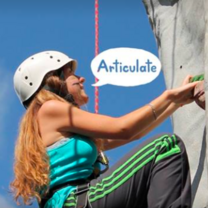 Articulate Language Camps is an exciting, award-winning foreign language school based in the heart of Scotland in the United Kingdom. We provide a range of language learning programmes for children and young people aged 3 to 17 in English, French, Spanish, German and Italian. END_OF_DOCUMENT_TOKEN_TO_BE_REPLACED International Summer Schools for Teens, in Oxford and Scotland