The tiny Central American country of Belize punches well above its weight in terms of wildlife. Just offshore a large population of West Indian manatees make their home in the warm coastal waters, a habitat that forms an important part of the Mesoamerican Biological Corridor. These gentle herbivorous creatures live their entire lives (up to 50-60 years) in the water and have no natural predators, yet are all too often injured or orphaned by irresponsible fishing and boating accidents. This project gives you the opportunity to rescue and rehabilitate manatees while educating local populations about the animals’ threatened existence. It also gives you the chance to get to know the diverse Belize culture, where English is the official language but Spanish, Creole, and an assortment of other languages are also widely spoken.

You will work with a Manatee Rehabilitation Centre (the only one in the Region) founded in 1998 to care for orphaned or injured manatees found in Belizean waters. It was here that Belize’s first rehabilitation of an orphaned manatee took place, and ‘Woody’ was successfully released back into the wild after more than 2 years of care. Volunteers played a critical role in Woody’s rehabilitation, and that of all of his successors, helping provide the 24-hour intensive care in the early days, and then sharing the duties of feeding and pool cleaning as he grew. With the assistance of grants from donor agencies the Centre’s facilities have been upgraded significantly. Three concrete pools and a lagoon enclosure provide the space and housing options to suit the needs of manatee calves at various ages. The Centre generally has one or two manatees in care at any one time, but with increasing boat accidents, numbers needing such care are unfortunately likely to increase. You can help nurse these impressive creatures back into the wild while helping raise awareness in the Belizean community. 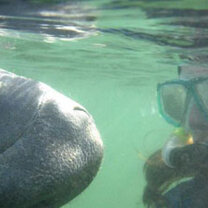 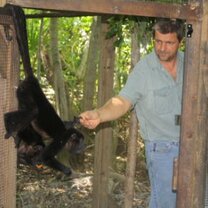 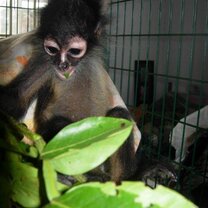 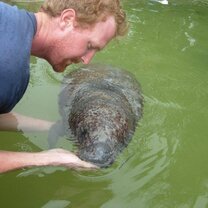 My experience is one that I will surely never forget. The journey in Belize to get to the project was full of winding roads with an amazing view of Belize. With the sun coming to an end, two other volunteers and I arrived in the small town of Sarteneja. There waiting are arrival where Paul and Zoey, with their white pick-up truck. Are journey did not end there; heading to what seemed to be in the middle of the jungle we reached the establishment. The thousands of stars lit the sky, where the mirror image was reflected from the waters of the lagoon.

The early morning rooster alarm was my indicator of a completely new and exciting day. The monkey feed where the first on the to-do-list, where chopping fruits became part of the norm. While chopping fruit everyone would engage in conversation from our night into town, to the new insect we discovered in our cabana. The only difficult question I had to ask myself was "what monkey do I want to feed"? Ramses the Manatee was the next to feed; it was always a pleasure to jump in his pool, and give him a belly rub. Swimming with him and Duke (another manatee) where my forms of daily exercise; not to mention lifting Ramses which seemed like 200-300lbs, in and out of Dukes pool for interaction.

From the morning monkey feed to the manatee feeds, everyday there was something to do. In between there is a period of relaxation, where I was determined to finish my novel. I would have to say that my favorite part of the day was walking around with livy; a howler monkey with a dislocated arm. She would calmly lie on my shoulders, and we would walk around to her favorite sites. They have done surgery on her arm, and it looks like she will have full function of her arm. I thank everyone for the donations and the support, it fills be with such happiness to know that one day she can be released.

I would, in a heartbeat recommend anyone who wants to work with primates and/or manatees; whether it is for school, or for the sole interest of working with these amazing creatures. You learn so much, have a great time, and meet wonderful people. It is one place that feels like home without actually being home.

What would you improve about this program?
It was hard work, and would have been nice if more people were there to distribute the work evenly
23 people found this review helpful.
Helpful 

Global Nomadic distinguishes itself from traditional ‘gap-year’ and voluntary placement organizations by offering reasonably priced programs without taking commission. We cater to a wide range of fields - from medicine and education, to veterinary science and journalism and more - matching you with reputable, worthwhile organisations around the... END_OF_DOCUMENT_TOKEN_TO_BE_REPLACED 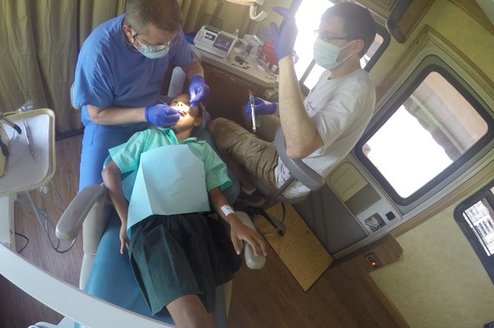 Belize
Partnering with the Belizean Ministry of Health, the intern will work...
View Program 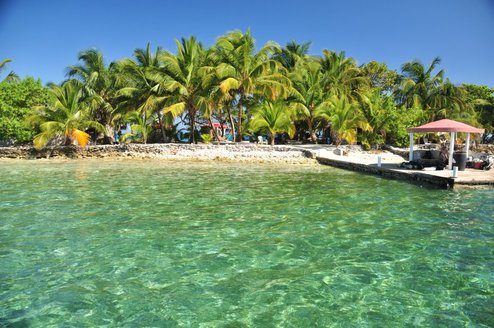 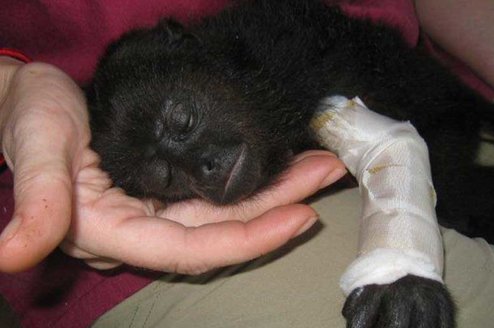 Intern with BWRC in Belize

Belize
The Wild-Spring-Break program is an intensive program which focuses on...
View Program