This internship program from Reach Out Development NGO offers interns the opportunity to share their knowledge and experiences with a non-profit in Egypt. There are a range of fields you can get involved in, including teaching, marketing, conducting research, and web design.

Program Highlights
8.5 Rating
based on 4 reviews
Leave a Review
Showing 1 - 4 of 4

I worked for ReachOut for three months in 2013 teaching German to Egyptian students.The organisation gives students the chance to attend language courses given by native speakers to a very reasonable price. Thus the students gain access to knowledge which they could otherwise hardly afford.
The organisation basically gives you a chance to teach your language, offers you a room to teach and provides you with textbooks and CDs. The administrational staff takes over the registration of the students who I found in most cases quite dedicated. Each course (at least during my stay) takes place three times a week and lasts for 3 weeks. As a teacher you are supposed to make a short oral or written exam at the end of each cycle which decides if the students pass to the next level. I had pleasant encounters with the people of ReachOut and enjoyed working with my students and fellow staff. The payment was also correct and the promises made by the organisation were always met.

I travelled to Cairo in June 2013 to embark on an internship at Reach Out Development NGO. It was one of the best experiences I have had. I began working on the management side as an intern and as a teacher for two groups of classes. I thoroughly enjoyed the teaching aspect as I was teaching older egyptian students who were very motivated to learn. The staff were all lovely and we would regularly go out together after finishing work. The boss is such a kind man and he supported me in any problems or ideas I had. Living in Cairo during the second revolution was difficult at times but he always had his staff and students best interests at heart, sometimes closing work so that we would stay at home. I would really recommend coming to work/intern at this NGO as you gain so much experience :)

What would you improve about this program?
If I had to change anything about the experience it would be to not leave! Everything was great.
2 people found this review helpful.
Helpful 

I interned at Reach Out for two months during 2012 and, in spite of how much I enjoyed my time in Cairo, I feel that it is important to warn others of the pitfalls of this specific NGO.
The guy who ostensibly runs the organisation lied to me about Arabic classes (both in the information designed to lure applicants in, and during preliminary talks, prior to travelling out), saying that I would get free lessons, which never happened, even after repeatedly asking, and organised an airport transfer which cost double what it would have to get a taxi independently.
The apartment which he 'helped' me to find was far more expensive than those of people who worked for other NGOs and entirely dilapidated; the oven, internet, A/C and several lights didn't work, and due to the fact that my Arabic wasn't good enough to communicate with the bawab fully (see above), these issues were never resolved during my two months there. Furthermore, when a friend of the opposite sex visited, she was chased out by the bawab with threats of calling the police - No-one told me that this would be an issue in my building and, because I knew many other people who had no issues bringing guests of both sexes into their apartments, I assumed that mine would be the same. I appreciate the importance of respecting cultural attitudes, but it seems moronic to, when finding accommodation for a visiting Western intern, select somewhere in which such moral impositions are made on those who have no interest in either maintaining or breaking them.
The teachers who work at Reach Out are all committed and were incredibly supportive, but the manager himself ran the organisation like a business, with little to no interest in the welfare of his interns. Halfway through my time there, I discovered that all other teachers were paid a small sum for each class they taught and, considering the extortionately high rent which had been organised for me, I asked if I could be paid a similar amount for the remainder of my stay; the manager said he would put the matter to a 'finance board' (which later turned out to be fictional), and subsequently refused to support my living expenses.
The two months in Cairo were superb, however; I enjoyed almost everything about the experience, including the teaching itself. The city is a wonderful place to live, and it is easy to travel further afield. What I disliked, however, was the management of the NGO's attempts to rip off both staff and paying pupils alike, and so, in conclusion; by all means, go to Cairo, but steer clear of Reach Out.

I worked for reach out for almost 6 months as an intern. It was a great experience and I improved my skills in so many ways. I got more experience in marketing, teaching, office managing and of course my language improved immensely, since I am an arabic student. One of the difficulties was maybe getting used to the Egyptian way of working but I overcame that small hill after a week or two, cause hey, there are worse things to overcome. Further more you get the opportunity to meet so many new people, both Egyptians and foreigners, so it forms a great and fun team, who also hangs out together after working hours. All and all I would definitely recommend interning at reach out ngo!

Reach Out Academy founded in 2008 is all about opening doors through foreign languages, exam preparation and Teacher Training. In fact, that’s our mission statement. Our teachers and employees work hard every day to make sure our students and customers are learning happily in an amazing teaching environment. As a student, you’ll learn all about... END_OF_DOCUMENT_TOKEN_TO_BE_REPLACED 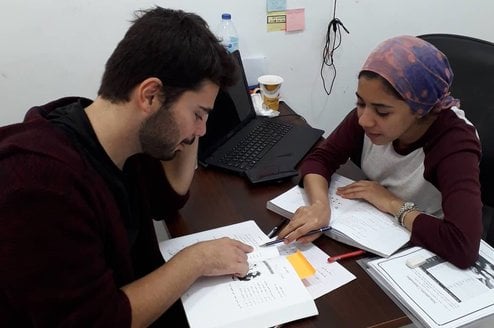 Egypt
We are looking for enthusiastic students with strong interest in...
View Program 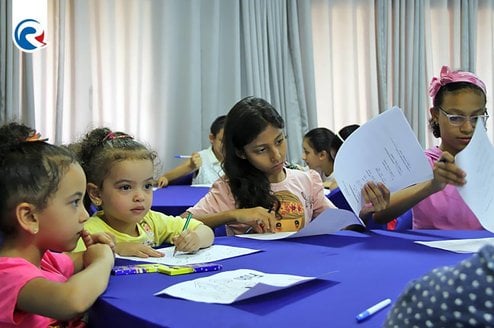 Egypt
Reach Out offers internships to interested individuals who want to...
View Program