Skip to main content
Upasana, often referred to as 'Paso', hails from the small but beautiful country of Nepal. She is an average 19 year old who recently got slammed out at a poetry slam competition. She would like to go to medical school and is currently studying to do so. She has successfully managed to survive (barely) living with 15 other cool kids while taking a trip around the world. 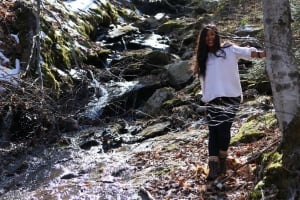 I picked Winterline because I heard its name during homeroom, casually checked its website, skipped through everything except the part where it said '10 countries, 9 months', and decided that it was what I'd be doing when my friends left for college! As I seriously started considering it, I realized that Winterline was very different from the other programs in the sense that it gave you the opportunity to explore the uncharted. I saw the list of 100 different skills and couldn't help but imagine myself doing things I'd never given a second thought to. I thought of the chance to learn scuba diving, combined with the fact that I didn't know how to swim and thought, "Hmm..this is going to be interesting". I remember thinking about how this program was the start of adventures and getting an adrenaline rush. The program ensured a lot of traveling, a lot of new experiences, and seventeen other people I'd never met before. That night, I sent my application, then called my parents to ask them about it.

I tell them that once you take that step, you will never be the same. It might seem a little cliche, but I stand by that line. I'd also tell them that good memories will be with you forever and the not-so-good moments make funny stories too, so embrace every experience. Also, if they're Nepali friends I advise them to carry their own chili powder!

Probably to find something you're passionate about and look for it everywhere you go. We always joked in the group about how maybe we should take photographs of cows around the world. We didn't actually do it, but I thought that it was a pretty cool concept. For me, art and photography are some of my hobbies. Exploring that in Berlin, in the streets of India, and in Spain gave me a whole new perspective. Focus on what you love doing and don't prioritize the significance in terms of resumes, money, and other's opinions. Connecting your personal interests to other places and people fuel your passions and make you see them through a whole new lens!

I love telling people about the time I accidentally got locked in at my host family's house in Costa Rica. It was independent internship at Winterline and I was on my own for a couple of days. It was my fault because I'd waved my hosts goodbye but decided that I had a few minutes to spare. So, I went back to my room, started applying mascara, and halfway through, I realized that the family was locking the house! I had to start banging on the windows and shouting for help. I then racked my head for the minimal Spanish I remembered and had a light-bulb moment, in which I used my extensive movie knowledge to come up with the bright idea of flicking the lights on and off. They finally realized that I was still in and let me out. I just think that the story perfectly describes what took me a short time to learn about traveling: to expect the unexpected, and to just forgo the mascara sometimes.

Are you prepared for life? Are you not sure what you want to do after high school? It's hard to know without experience! On a Winterline Gap Year you’ll travel the world for 9 months, visiting 10 countries where you’ll learn over 100 new real-world skills. Skills that will prepare you for life...