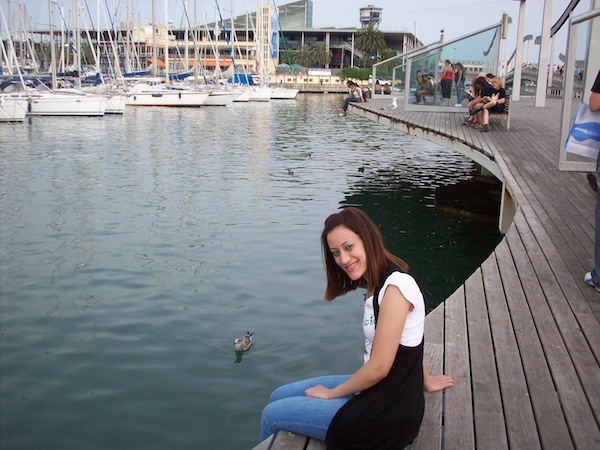 Why did you decide to study abroad with Forum Nexus?

Christeena: Forum Nexus was a great and new experience to me, as I've never studied abroad before. the idea of studying abroad came when i wanted to live a new experience, and i chose forum nexus because it is a multi country study abroad program that will allow me to visit 7 new cities in 4 weeks (barcelona, paris, geneva, interlaken ,milan, athens, and rhodes); also take 6 credits which will be transferred to my university in Egypt.

What makes the Forum Nexus program different than other programs that operate in Europe?

Christeena: There are many factors that differentiate Forum Nexus from other programs in Europe. first, the idea of visiting 7 cities in 4 weeks. second, transfer of 6 credits to my university. third, professional visits, which allowed me to visit multi national companies and associations , such as The United Nations, WTO, and many other companies; this helped me to know more about the work experience. fourth, the IQ sessions, which helped in raising my IQ level and awareness about the world. fifth, meeting people from different nationalities and backgrounds.

Forum Nexus visits many cities during the program. Which was your favorite city that you visited and why?

Christeena: My favorite city was Barcelona, Spain. the city is very very nice, i liked its beaches, the flamingo shows, its people, and its food. Also interlaken was a nice and new city to me because of its activities.

Christeena: Forum Nexus changed me as i became more independent. i started to see things from different perspective. i learned more about the career opportunities.To sum up, Forum Nexus was a great experience that i will never regret and will recommend to everyone.

Spend a summer around Europe while earning credits toward your degree! Visit 8 cities over the course of 1 month. Get hands-on experience traveling, networking, and learning alongside students from around the world – this is Forum-Nexus! NOW ENROLLING FOR SUMMER 2023: Our itinerary includes...