Skip to main content
Charles Wheeler is from Manchester, England. He is currently studying Natural Science at Liverpool John Moores University and works part time at Nando's. He enjoys working the outdoors and wildlife photography.

Why did you decide to volunteer with Frontier in Costa Rica? 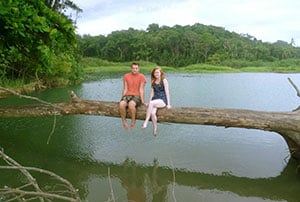 Charles: I decided to volunteer abroad with frontier because I wanted to take part in a wildlife conservation project. Frontier offer a wide range of projects in many different locations, I was spoilt for choice. I finally chose Costa Rica because the conservation work wasn't specific to one animal but several. Also Frontier had many pictures of the project on the website and videos on their Youtube channel which helped me finalise my decision after seeing how beautiful the country was. Every morning I would wake up to the gentle distant sound of Howler monkeys.

Charles: Every morning I would wake up to the gentle distant sound of Howler monkeys. The day would start around 8 am after making granola for breakfast the group split up and set off to do different surveys around the rainforest which bordered the camp. Each trek into the forest was different seeing some plant or animal new each time. In the evenings after dinner we were able to go on night turtle walks on Peje beach walking 18km in one night. Despite it being physically exhausting it was extremely rewarding when I finally got to see an adult Olive Ridley Sea Turtle and I even got to help measure it!

Whenever I got some free time It would be spent washing my clothes or trying to catch a tan. My best memory from camp is when I was hanging out my washing to dry when out of the forest came a troop of capuchin monkeys and they all just swung through the trees only a couple of metres in front of me. On Sunday when there was no surveys I would walk down to the peaceful lagoon on the beach with a couple of volunteers an just relax for a few hours staring out at the Pacific. 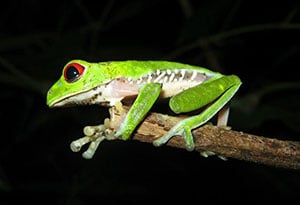 Charles: What made this trip unique and special was the fact I had never traveled anywhere alone before, so it was a big step for me. However it wasn't bad at all as the people I was travelling with were in the same boat and it made bonding with each other soo much easier. The most special thing about this trip is definitely the friends that I made there, we still keep in touch, have met up a few times, and I am even travelling to Madagascar with one friend I made there.

Charles: This experience has impacted my life massively. Personally, it has made me more confident about doing things by myself and meeting new people, and it prepared me for starting uni in September. It has also made my decision to pursue Wildlife conservation as a career and made me more inclined to start marine conservation, and it certainly has made me want to move and live over in Costa Rica!

Located alongside Central America, Costa Rica is hidden between the Caribbean Sea and the Pacific Ocean and is the home for over 500,000 different species of wildlife, meaning it has highest species density of any country worldwide. Sadly, the region is gravely challenged by habitat fragmentation...