Skip to main content
Nicole Zenker is from New York City and currently studies Neuroscience at Colgate University in upstate New York. She enjoys playing and watching sports, eating great food, and watching reality television. She is 21 years old, and right now interning for Major League Baseball in the marketing department. She hopes to possibly work in sports someday, or become a high school science teacher.

Highlights: On DIS, students choose a CORE class. Each CORE class goes on study tours to a different country where they attend lectures and take part in social and cultural activies. My core program was positive psychology, and our class travelled to Milan for a week. This was definitely the highlight of my trip because I got to spend time with fellow classmates outside of the classroom, and also in a different country. It was awesome to have academic lectures about positive psychology in Milan and also experience the culture there. As a class, we attend the Blue Note and listened to a Jazz Concert, and we also went Wine Tasting. The food was incredible and the expereince was definitely unforgettable. Our class also got to travel to western Denmark for three days and have more learning experiences outside of the classroom. These trips were great ways to meet new people in the class, and also learn about positive psychology from different perspectives. As a class, we went to a concert one night which was so much fun. 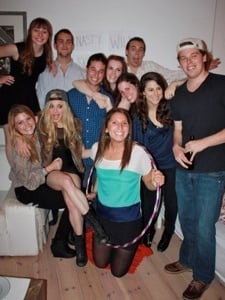 It is hard to have one overall highlight for my trip since I truly did love every moment. However, on experience that I will always remember will be camping with my Danish soccer team. At the end of the season, the team went to Farum, a town outside of Copenhagen and went camping for a night. It was a great way to end my semester, and spend time with the team. We made an awesome dinner and basically ate our way through the night. The Danes on the team made bread and hotdogs which is a traditional Danish meal. We ate cake, and chicken and vegetables as well. In the morning, I offered to bike with my friend to get orange juice and milk. It was a beautiful bike ride through the hills of Farum, and overall a great trip.

Morning: My mornings always started with a run around the lakes in Copenhagen, or a trip to the gym across the street. When I returned to my apartment, I made myself a cup of yogurt and musel for breakfast. I would then get ready for class, pack up my bags, and walk out to my apartment, where my bike was locked up. The favorite part of my mornings was the bike ride to school which was very relaxing and a great way to start the day. Biking in Denmark is very popular, and it’s a really great way to experience the culture. The bike lane in the morning is usually very crowded with a lot of Danes riding to work.

Afternoon: My classes were typically in the afternoon or late morning, but once I was done with class, I usually hung out with friends in my apartment, or went to soccer practice. In the winter months, it was cold so that it was hard to hang out outside or go to parks. A lot of times I would meet my friends at a café near school, or go home and hang out with people in my apartment. When the weather was warm and sunny in the Spring, I would hang out with friends at the parks near school or by the lakes with my Danish friends. We would pick up some beverages at the near by Kisok, and chill on the lawn in the sun. I played on a soccer team in Copenhagen, so two times a week I practiced with the team which was a lot of fun. On the weekends in the afternoon, I either had a soccer game, or was travelling with other DIS friends to different countries. 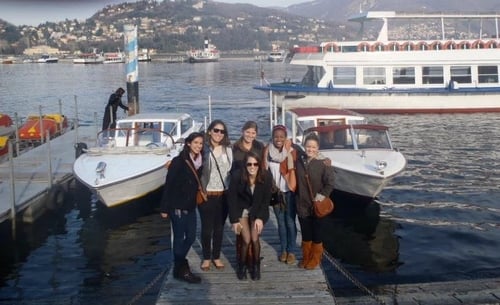 Evening: In the evenings when I did not have soccer practice, I would either meet up with friends to make dinner and go out, or chill in my apartment with my friends who lived there. Some nights we had “family dinners” which entailed everyone in the apartment making some part of the meal and all of us eating together. I lived with a Danish girl who was my age, and 10 other Americans. It was great because at night, sometimes Danish friends of our roommate would come over and cook with us and go out with us. On the weekend, we would normally go out to one of the bars or clubs in town. The Danish night life is a lot of fun, and casual at the same time. Some bars were mostly filled with Americans, such as Kulorbar, whereas others were filled mostly with Danes. Some of the weekends I would also spend traveling.

Copenhagen is one of the most livable cities in the world, where locals enjoy a high quality of life in a vibrant capital. On your way to class, you will be surrounded by a network of walking streets, canals lined with colorful houses, public gardens with castles, and spires dotting the skyline. At...