Skip to main content
Tedra James is currently a high school senior living in New Jersey. She attended her GLA trip from June 20-July 4, 2013 and wants to become a forensic psychologist and travel the world.

Why did you decide to volunteer with GLA in Thailand? 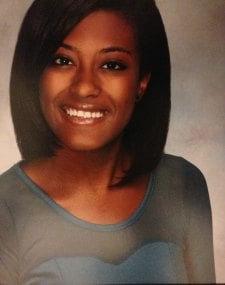 Tedra: I decided to volunteer with GLA in Thailand because I did a lot of research and knew I wanted to go to an Asian country in the summer (I was thinking either India or Thailand). so I Googled a lot about various volunteer abroad programs and the safety and price of the various popular ones. I narrowed it down to GLA and another that I can't remember.

I believe I chose GLA because it gave more community service hours, offered a home base instead of students staying with the locals, and the program adventure highlights such as bathing elephants, visiting temples, and taking a Thai cooking class intrigued me. Though it was more expensive, I felt I would get more out of going on the GLA trip. GLA's India program interested me as well, but the dates conflicted with various things I had going on during the summer.

What was the best moment of the experience?

Tedra: The best moment of the trip was probably the very last night. We got back from dinner at a really fancy Thai restaurant and went into the "meeting room" which was like a common room where we often went back at the end of the days to reflect and bond with each other. One of the mentors brought out a roll of black string. We played a game where the string was passed around to people on the trip who influenced us the most. The end result was a web in which we were all connected.

No matter what we went through two weeks of learning and living together, and we had a truly special bond that would not easily be broken. Also, as the string was passed around everyone had amazing things to say about each other and they were always very genuine. I realized that there were 29 other students in the room that I was lucky to have met and learned from.

Tedra: If I could go back knowing what I know and feeling what I feel about everyone on the trip, I would've done things differently. I wouldv'e been more likely to talk to everyone and be friendlier. I would've tried to play more with the Thai peoples that I encountered during service because I overestimated the time I had with everyone.

Instead of being scared or self-conscious, I wish I just got over it and milked the entire experience. I also wish I took more pictures! Though at most of the service spots we couldn't take pictures to protect the identities of the orphans or single-mothers, I wish that I brought my camera with me so that I captured more of the memories. I have a lot of pictures of staff and fellow students, but not many of the awesome Thai people I met. 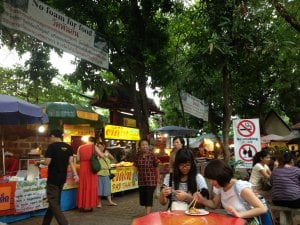 Tedra: One person that stands out is the program director for my program. At first she seemed a bit strict with rules but after the first couple of days she showed her fun side (while maintaining authority). She liked to take pictures of sleeping students in the bus and play games with us. My favorite thing about her was that she was loving.

She always made us feel special by calling the students out when we did something well and if anyone was doing what they shouldn't be she talked to them and got to the source of the problem instead of slapping them on the wrist and sending them on their way.

I will never forget the impression that she left on me. She is truly a mentor and inspiration for the way in which I would like to deal with people and live my life thus far.

Tedra: This experience has impacted my future by helping me determine the type of person I want to be. I want to be a Global Citizen, thinking about the consequences for everyone near and far before acting, and I want to continue travelling experiencing cultures different than me. Most of all, going to Thailand with GLA helped me confirm that one of my deepest desires is to change the world and it has rejuvinated my desire to do so by helping me recognize that I can do so.

Explore the beautiful and rich culture of Thailand while volunteering. Global Leadership Adventures offer multiple Service Learning Adventures, from orphanage work to caring for elephants: * The Elephant Village Initiative: Learn about the importance of elephant conservation and how to care for...