Skip to main content
Troy Michalak, a senior criminal justice student at The George Washington University, studied abroad at City University London. Since then, Troy has developed a longing to travel that has lead him to not only England, but to Belgium, France and Italy as well. 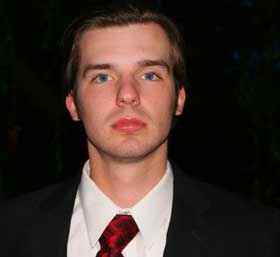 Why did you decide to study abroad with IES Abroad?

Troy: Prior to college, I knew only a section of the world. For 18 years of my life, the world, as far as I was concerned, only involved the 1,337 square miles of southeast Michigan. It wasn't until my junior of college, that I felt I had explored “new territory.” After two years of attending school in my home state of Michigan, I found myself longing for a new, different college experience.

This ultimately led me to transfer to The George Washington University in Washington, D.C. Since this change, my world has opened up greatly. D.C. allowed me to experience numerous cultures, languages, and people, both from the United States and abroad in a short time. It is this feeling, this excitement towards exploring new cities and meeting new people that motivated me to study abroad in London.

Having done my research on the various programs, IES Abroad came out ahead due to its lower cost, great housing locations, and academic program. Perhaps most unique to IES’ program was that City University offered programs in criminal justice, my area of study. This to me was the package deal as it would not only allow me to study abroad, but to be able to view another criminal justice system at work.

Troy: Studying abroad has impacted my life in ways I could have never imagined. While I expected that the experience would impact me on a personal level, leaving me with fond memories for years to come, I was amazed to learn how much it has impacted my future both academically and professionally. 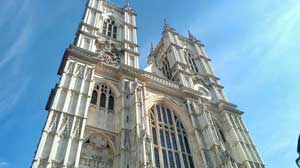 In terms of academics, studying abroad gave me the opportunity to enroll in a new type of school. As a transfer student, I am not unaware of the differences that exist between colleges but even this experience could not have prepared me for the differences that exist between the U.S. and U.K. educational systems. Adjusting to differences in homework loads, grading styles and class structure provided me not only with a new environment with which to think in and about, but has continued to open my mind towards alternate styles of teaching.

Professionally, London has been a great networking asset. While abroad I attended a few GW and City Alumni dinners and cocktails nights expecting to just enjoy light dinner and drink with former students. Little did I know that a lot of the people I would end up meeting here would later help provide me with information about job postings and job contacts.

Troy: The best placed I visited abroad outside of London had to be Venice, Italy. It had been a dream of mine since I was young to visit Italy and Venice was always on the top of the list of cities within Italy I wanted to visit.

I wanted to ride down the canals on gondolas, enjoy real Italian style pizza, and bear witness to hundreds of years of history in art and architecture. Having now been there, I can say that the city more than lived up to my expectations. The city was beautiful day and night, the people some of the happiest, friendliest and kindest I have met and the food, needless to say, was spectacular. 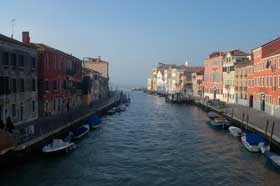 Watching the boats start up in the morning, the people flood the markets, and the gondolas swiftly cut through the water is a sight that it’s almost too movie-like to believe. Venice is a truly unique city, possessing an air about it so different, so outside the norm, that it is hard not to be intrigued by it.

What is one piece of advice you'd give future IES Abroad students?

Troy: The single most important advice I would give to future IES Abroad students would be to simply sit back and enjoy the ride that is studying abroad. So many students go abroad with the assumption that the experience will drastically change the way they see and live life, and while the experience is surely life changing, don’t try so hard to make it that way.

When I first arrived, I thought I would actively plan out my days ahead of time and live the experience I thought I wanted. However, after a few days of doing this I quickly realized how forced it all felt. So I decided to just roll with the punches, try new things, go exploring without any agenda and soon, London opened up to me. Nothing beats the feeling of discovery abroad and I advise all students to find ways to do so.

This is your chance to live and learn alongside students from the UK and around the world by directly enrolling at a prestigious London university. As one of the world’s leading universities, University College London (UCL) offers you challenging academic options across many disciplines. The UCL...