Skip to main content
Tanner Saunders is a 22 year old graduate of Belmont University with a double major in Songwriting and English Literature. Originally from the plains of West Texas, Saunders took to Nashville to learn the art of songwriting, but soon found himself transplanted to the busy streets of London to study the art of writing. 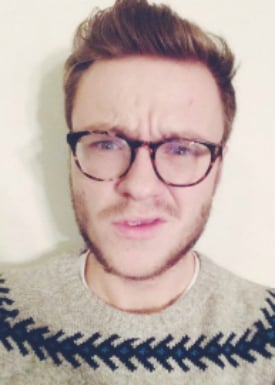 Tanner: The University of Westminster is one of the largest universities in the UK and at times it felt very difficult to meet locals. In class I did make many British friends, but the UK is different from the US in that many students live at home during college so it’s not quite as social. Living in a dorm was a great setup, though I mostly made other study abroad friends—but fortunately not all of them were American.

By the end I had built a large group of friends from around the world, but sadly felt that I left without a strong friendship with a London native. The classes were also very different at Westminster, but in a really beneficial way for students who are studying abroad. I took two literature classes and two writing classes. Most classes tend to meet only once a week for 2-3 hours. This setup is perfect for study abroad students because it gives you the chance to have plenty of free time to explore the city!

Tanner: I decided to go with Arcadia because they seemed to have the largest amount of programs in the UK with a large number of support people around the world. Arcadia was able to help me pick the right school for my needs and even had representatives come meet with students at my home university. On the ground in London, their full time staff was excellent and supported me throughout my trip.

Though I was also very independent during my time abroad, Arcadia also set up different events were I was able to connect with the staff and students from a number of London area schools. On one occasion I traveled with Arcadia to Edinburgh, Scotland for a weekend. We met up early at the train station and traveled together for the weekend. They arranged all of our accommodations and set up activities for us, but also gave us plenty of free time to explore on our own with our new friends.

Tanner: For students who are looking to travel to London, I would highly recommend trying to find a school or program as close to the center of the city as possible. It may be more expensive, but it’s totally worth the money. Plus, you’ll save time and money living closer to the city—and you’ll be right in the heart of the action. 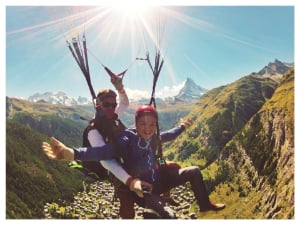 If you’re looking at the University of Westminster, Marylebone Hall is perfect. It’s literally across the street from a major tube stop, a short (and beautiful) walk to most classes, and you get your own room and bathroom in an apartment like setup.

Living in Marylebone was awesome because I lived with a few Americans, a student from China, and made one of my closest friends is from Australia.

One piece of advice that I wish I had been told was to not stress too much about the classes you're trying to register for. You might not know what classes you're actually taking until a week after you've arrived.

Unfortunately, there's not much your host program can do about this, because it's usually in the hands of the university. I'd recommend just taking it easy, be prepared with a whole list of classes just in case, and thing will probably go smooth!

Tanner: I made it an effort to spend significant time exploring on my own and trying to engage with locals. London is home to many cultures that I would not experience living in Middle Tennessee. When you’re abroad you’ll find that people are generally just as interested in you as you are them. I spent plenty of time talking to strangers and asking them their stories.

Once instance, I met a woman getting her Masters in English who was originally from Saudi Arabia. We talked for nearly an hour in a coffee shop about life and literature. She told me about life and schooling in Saudi Arabia and how different it is from the UK.

I thought the differences between my American school and the UK schools were crazy--but when I was able to talk to another foreigner living in London, studying the same thing as me, I truly became aware of big the world is, but how at the end of the day people are all really searching for the same common experience.

Tanner: The first couple of weeks were a little strange for me, because I couldn’t quite understand what people were saying, even though they spoke English. Once I got adjusted, however, it was all fine. London is one of the best cities in the world, and you’ll find that it’s a melting pot of all types of people from every corner of the world. 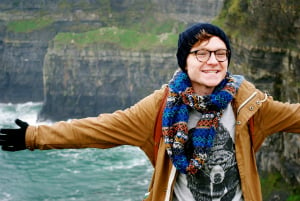 The best way to experience these difference is simply by exploring—eavesdrop on the tube, talk to strangers on the night bus, and visit every part of the city you can. One of the best parts of London is the food, because the city is such a melting pot of people and cultures.

Try exotic foods on Brick Lane; It's a place where you can try authentic Japanese food, Ethiopian, and Indian food all at the same time. Talk the street vendors about their food and I promise you'll learn about their home culture, and from that, you'll learn how they believe they fit into London. These things will truly define your semester abroad.